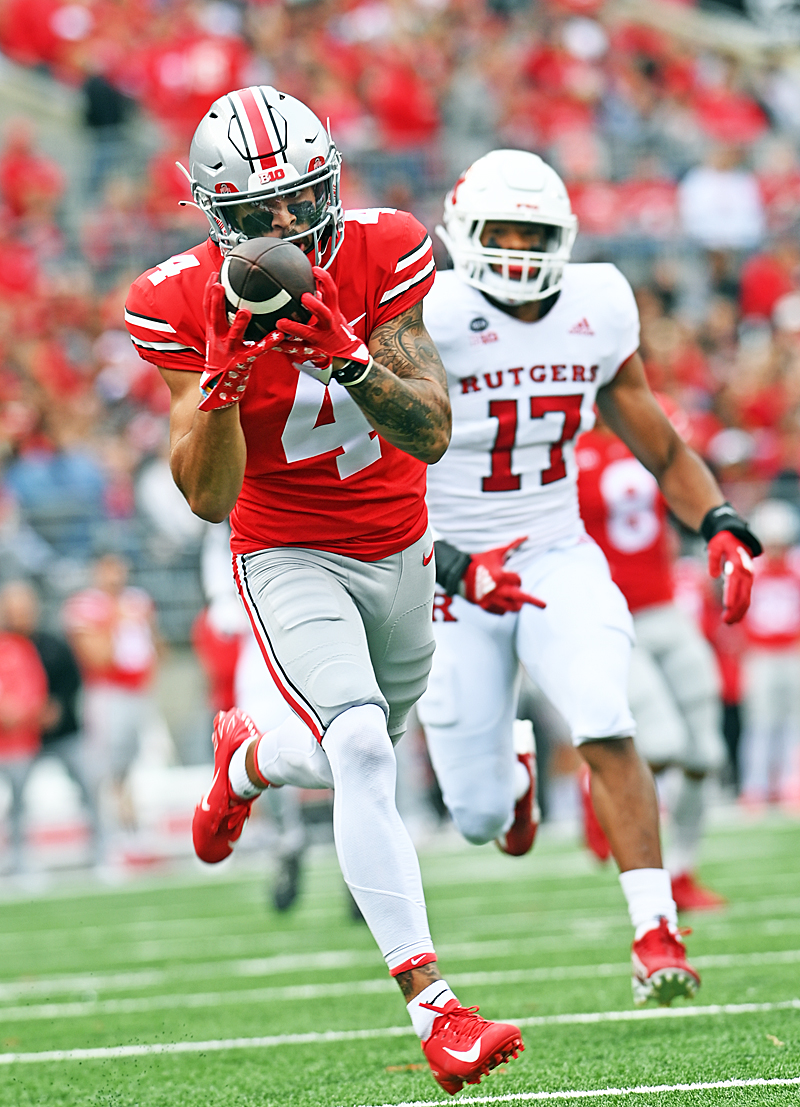 A new year, and responses from a slew of new first-timers and regulars on…leaving nothing to chance, Buckeyes football, Kaye Kessler, faith in what you read (or hear)…and concerns that there’s just no recognition for second place!

While Decembers past have always been a time for focus on the holidays and less for reading the day-to-day content on Press Pros, this past December showed a marked increase in reader activity, particularly from areas outside the home base of west-central Ohio.

For whatever reason, we appreciate your support, and for those taking the time to sit down and let us know you’re out there, and for what you’re thinking.

“While I appreciate Press Pros, I’m sure I represent others who wonder why you have to finish first to receive recognition for a job well done. Are you really the ‘coach of the year’ just because you’re the champion?  I know that’s the way it’s always been done, but I remind you that a lot of us are turned off by the media snub for individuals, or teams who don’t finish first, and do just as much.  I also wonder if you ever consider the majority, and someone for just being a positive influence on those they coach?  As a first-time writer, I assure you that times are changing, and the attitudes over recognition  for the ‘rich’ need to change with them.”  …  Paul Goodall

(Ed. Note:  With appreciation for your points, I agree with you that this is the way we’ve always recognized achievement…by calling attention to the few who survive to be champions, over the many who set out to be and can’t get it done.  It is obvious, as you point out, that the times are changing, but my personal experience is they really don’t believe it when someone tells them they’re just as good.  Maybe they are, but it isn’t the same as the feeling you get when you prove it.  I do want you to think about this, though – those who don’t finish first…and do just as much?)

“I wonder if you could pick a better game to cover, and not write about someone who wins 49-8 leaving nothing to chance?”  … Tom Killilea

(Ed. Note:  First, if you could predict things like that you’d pick another game.  Sometimes it happens, even in Columbus.  Second, the term leaving nothing to chance was not Coach Scott Elchert’s words, but rather ours in describing what we observed.  They play tough defense at Jackson Center, regardless of the score, or who plays.)

Pertaining to our December 28 article on former Columbus writer Kaye Kessler, we aren’t the only ones who remember and appreciate his career. 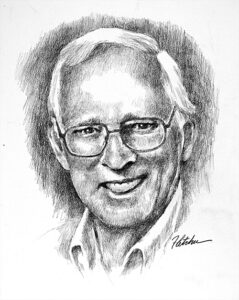 “Woody Hayes never liked Kaye Kessler.  He was a newspaper guy in Columbus in the 60s who was willing to write something other than what Woody told him to write.”

“Wonderful job in writing about Kaye Kessler.  I remember him for being one who said what others wouldn’t.  I always got the impression he did things his own way.”  …  Joe Wilson

“Just read your site for the first time and liked the Kaye Kessler article.  Kaye understood that there were other stories in central Ohio besides Ohio State football…golf, for instance.  He owed a lot to Jack Nicklaus, and early on in his career Nicklaus owed a lot to Kaye Kessler.”  …  Robt. Heatrick  (via Twitter)

“Woody Hayes never liked Kaye Kessler.  That’s all you have to know about a newspaper guy in Columbus in the 60s who was willing to write something other than what Wody told him to write.”  …  James Danmeyer

In our recent columns on new thinking and observations for the new year, many of you took the time to contact us:

“I agree with you that network news is not to be taken seriously like we once did.  When Fox presents one side of a story and NBC another side, there has to be at least some consideration for both sides by both networks.  Never read your site before, but I will continue to pay attention.”  … Kenneth Marko

“Your comparison of contempt for government then and now (What Others Are Thinking) was interesting, and proof that history does repeat itself.”  …  James McNear

“In your recent story and reference to targeting in the Ohio State-Georgia game you mentioned that there’s a reason why rugby players don’t wear helmets.  You didn’t say why.”  … Daniel Hollabaugh

(Ed. Note:  According to an Associated Press column publish a decade ago, “By eschewing pads and helmets, rugby players say they avoid the perils of the so-called “Superman effect,” a sensation that emboldens players to take bigger chances and make bigger hits because they feel safeguarded by equipment that essentially turns them into armour-plated projectiles.”  –  Toronto Star, October 3, 2010)

“In response to your “New Thinking” article, I have a hard time trying to find the change you’re calling for.  You continue to point out the violence, hard hits, and dangers of the sport, and ignore that this sort of danger exists in most all sports.  You speak about playing without helmets, but actually a young man from my hometown was paralyzed playing backyard football without helmets.  If you feel strongly about this sport being too dangerous, or any sport for that matter, you should stop covering it.  You’re being a hypocrite by selling ads to write about football.”  … Bob Huelsman 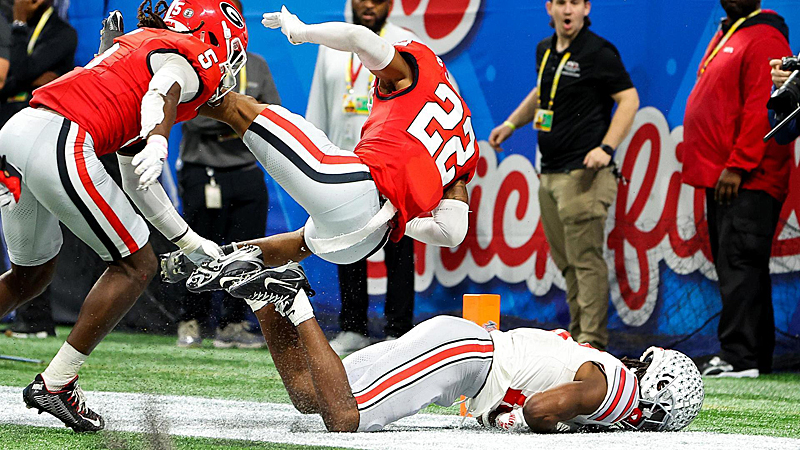 Strictly put, the definition of targeting is so vague it leaves a lot to individual discretion as to what is, and what isn’t.  But leaving your feet is a strong hint…!

“In your article about the Ohio State-Georgia game you wrote that the hit on Marvin Harrison was targeting, and that replay review was “a lie”.  You have no proof that it was targeting.  That’s just your opinion and not fair to the game officials who had to make the call.”  … Jacob Pallman  (via Twitter)

(Ed. Note:  A couple of things here, Jake.  One, the definition of targeting is so vague it leaves a lot to individual discretion as to what is, and what isn’t.  The tape showed that Harrison was defenseless, that the ball had passed him, and so the question becomes did the Georgia defender need to hit him at all.  Second, if it weren’t for opinions there would be no Jim Murrays, Dick Youngs, Hal McCoys or the other sports writers that we hold in such high esteem.)

“I totally agree with your assessment of the hit on Marvin Harrison by the Georgia player!”  …  Sharon Rosenbeck (via Facebook)