The Reader Speaks On The State Tournament…December 7, 2022 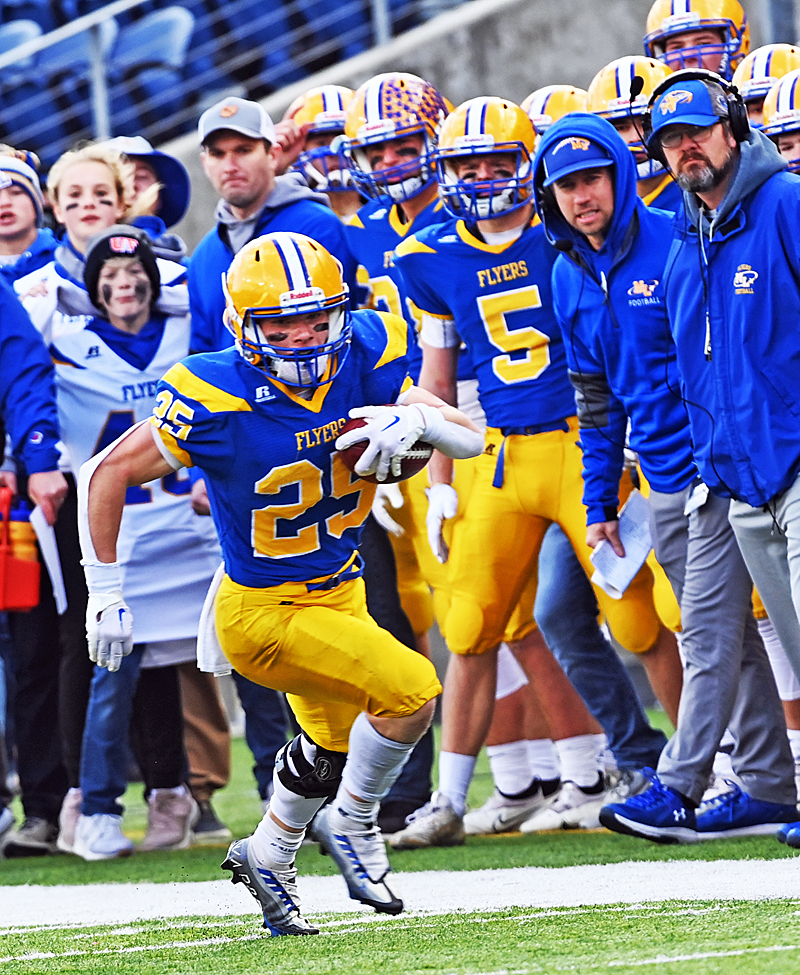 With the fall sports season behind us, and the champions of the OHSAA’s seven football divisions determined, we share comments received over the weekend from those who read, or witnessed.

Response to coverage of last week’s OHSAA state football finals was generally good, as we heard from several readers out of the districts who participated.

While there were four parochial schools who participated in this year’s tournament (St. Ed. Warren JFK, Toledo Central Catholic, and Akron Hoban), only two of the four, St Ed and Toledo Central Catholic, claimed the state title.  That means that five of the seven divisions in 2022 had champions representing the public schools – Marion Local, New Bremen, Glenville, Canfield, and South Range.

Still, we heard from some who want separate tournaments, public and private, because they claim there is no middle-class in high school football…not anymore.

“While five of the seven divisions were won by so-called public schools this year, it’s time to acknowledge, as you wrote on December 4, that the rich seem to get richer in high school football, while some districts struggle to have enough athletes and resources to even play.  There should be separate tournaments for public and private schools, which would encourage more competitive opportunity, where you don’t have a team like Lakewood St. Edward with 100 players and Springfield with half that number in the Division I final.  Hard as Springfield played, there was no way they were going to beat St. Ed.”  …  Paul Tayborn

(Ed. note:  If you do that, in the case of St. Ed you’re going to have a very small field of competitive Division I schools.  A few in Cleveland, a few in Cincinnati, and a couple here and there from the rest of the state.  And who are they going to play during the regular season, because most of Division I schools in Ohio would have the same competitive disadvantage as Springfield?  And in smaller divisions, the cost of tuition, combined with taxes to support the public schools, is causing an enrollment crisis in many communities.  Many wonder how much longer those schools can even survive.  From a competitive view, as an old athlete I always wanted to play against the best…and I didn’t care what church they went to, or how they got to that school.  They still had to hit the curveball.)

“Watched the Marion Local game against Kirtland.  Obviously those two are the best in Division VI by a wide margin.  When you’ve won 13 titles in 16 title appearances I wonder if it isn’t time to rethink the competitive balance concept…play people more your own size?”  … Gary Criswell

(Ed. note:  Like who?  Have you ever been to Maria Stein?  It’s a wide place in the road out in Mercer County  – tiny – and they’d have to drive 100 miles to play someone “their own size”, as you suggest.   And how far up should they go?  They beat a Division III team this year in their opening game.  And how far are you willing to ask someone to drive just to play  football?  The added expense would not be fair to the school or the tax payers.  Sometimes you just have to consider the standard and ask…why don’t others take it as seriously as schools like Marion Local and Kirtland.)

“Press Pros did a great job of covering the tournament, and I wondered how many of you did it take?”  … Keith Blankenship

We also heard from those who say it’s just too far to drive to Canton…..

“I did not go to the tournament, but disagree with your recent statement about how football should be in Canton.  It doesn’t make a lick of sense to ask people to drive two extra hours.  Play the damned tournament in Columbus where everyone can get there easier.”  … Paul Moniaci

“I wrote to you once before and you didn’t use my comment, but ALL of the OHSAA tournaments should be played in central Ohio for the sake of better facilities and better fan convenience.”  … Kim Roach

(Ed. note:  There is no better football facility to host the OHSAA tournament than Tom Benson Stadium, in Canton.  It’s the perfect size, it has an NFL quality playing surface, and there’s adequate parking.  And when they did play it in Columbus a crowd of 5,000 looked like an orientation meeting for the ushers.  It was a horrible environment for kids to play a state championship game – like playing in a morgue.  If you want it back there someday you’d better show up, because at the Division VII final on Saturday the announced crowd was less than 4,000 people.)