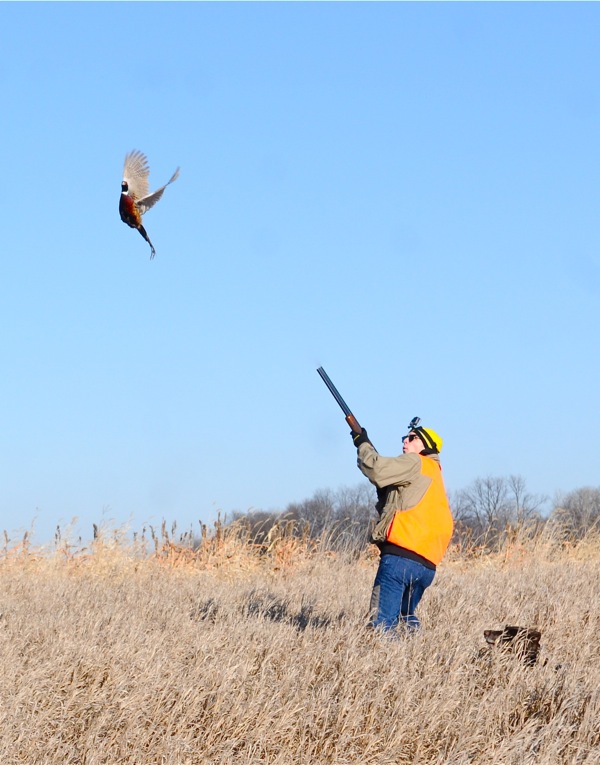 It’s painful to think about him being gone, but when I think about the times we spent together it always brings a smile.  For our last day together was especially good, and one I’m happy to share.

(Ed. Note:  Former Press Pros columnist Tom Cappell was a veteran shooter, hunter and free-lance writer from Missouri whose views on the outdoors and the outdoors industry were thought-provoking and always responsible.  His columns previously appeared on Press Pros, sponsored by Olde English Outfitters, in Tipp City, until his death in October of 2018.  The Last Hunt With Uncle Mel received many compliments from Press Pros Readers, and we’re pleased to present it as an encore post in memory of the author.  If you’re a bird hunter, or outdoorsman…enjoy!) 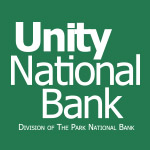 Our last hunt together started as many others had.  We met at the Crossroads Cafe, outside Amlin, for breakfast and the company of the locals that daily chose Crossroads food over their own morning kitchen.  You couldn’t make pancakes that good, or that many, for $1.49!

It was late in December of 1986 and I never gave it a thought that it might be the last time I walked the fields and hunted with my Uncle Mel Guenther, my mother’s oldest brother.  He was special to me, Uncle Mel was.  Years earlier he had taken me under his wing as a twelve-year-old and taught me about the outdoors – taught me how to handle a gun responsibly, and how to hunt and fish ethically.

It was Uncle Mel that taught me how to drive, appreciate a sunrise, and how to catch a mess of Missouri channel catfish out of the river that flowed through his farm.  And it was Uncle Mel who showed me that even a bad day hunting and fishing was better than most others if you spent it with people you cared about…or those who cared about you.

Legal hunting time didn’t start until 8 am, but most of the Crossroads regulars had already been there since well before sunrise.

“You huntin’ today, Mel?” chirped Leon Cooley, who farmed the next section west of Uncle Mel’s two hundred acres of corn and grassland.

“Lookin’ for some fresh ground, if you got any,”  said Uncle Mel, hinting for an invitation to Leon’s farm, which was three times the size of Uncle Mel’s.

“Sure, come on over when you’re done here,”  said Leon.  “Nobody’s walked the cornfields for three weeks now.  There’s bound to be birds in it along those weedy ditches.  Bring Tommy and walk it all you want.  You know I don’t have a dog anymore, don’t you?”

“Won’t matter,”  said Uncle Mel.  “We just want to pot a rabbit or two and a rooster if we can find one.  It’s been tough this year with the drought.”

We quickly packed in a warm breakfast of pancakes and sausage, washed it down with black coffee, and within minutes we were on the road west, headed for the Cooley farm.  And in fact it was a privilege we counted special, as ground to hunt was becoming scarce in central Missouri.  A lot of the land with which I was familiar growing up had been sold as Uncle Mel’s neighbors and friends had retired and grown old.  Attitudes with the new owners were different from those we had previously known, and “No Hunting” signs that you never saw before now decorated fence posts every quarter mile.

Uncle Mel had just turned 80 two weeks before, and as we wheeled his Ford 150 into a grassy lane that bordered Highway 12 he prophetically mentioned that he wanted to enjoy every day like it was his last.

“We’ve been doing this for a long time, Tommy,”  he smiled, pulling his old Model 12 pump from out of its oiled case.  “Can’t promise you how much longer I can keep up with you and the boys (my twin boys, Casey and Cary).  But today I think I can still walk and shoot a bird with you.”

He had suffered a heart attack two years before, and recovery had been tough because he wasn’t a very good patient, and not keen about the things his doctors suggest he remove from his diet – no fried food, no cigars, and that pair of Budweisers that he liked at the end of the day were strictly verboten.  In fact, we had hunted together on opening day, just six weeks previous, and he called it quits after less than an hour.

“Just don’t have the energy I used to have,”  he claimed with disappointment.  “You and the boys will have to finish without me.” 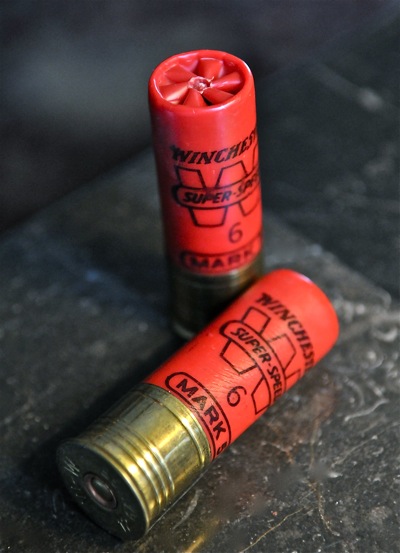 It had been a tough year for birds, too – a tough few years, in fact – as wet springs had diminished the hatch of area pheasants, and back-to-back dry years forced farmers to literally cut and bale everything available, even highway ditches,  in order to feed their cattle through the winter.  Cover was scarce, food was scarce, as was enthusiasm with most of the locals to even go out and look for a smart old roosster.

“If there’s a bird anywhere it’s gonna’ be along that picked strip of corn between the weeds and the creek,”  he motioned, showing me where he wanted me to walk.  “I think I’ll walk down to the end of the corn rows and you walk between me and the water,”  he added.  “They’ll be nervous if there’s any in there, this late in the year.”

It was just two weeks until the end of the season, typically a time when birds were tough to find even in the best of times.  The dumb ones had long been harvested, leaving just the most educated and wary to both dogs and hunters.  Everything had to be planned and done perfectly – attention to wind direction, and hunter placement – to even get a flush, much less a shot.  We had no dog, and hadn’t now for three years since Uncle Mel had lost his last beagle, Chessie.  He never bothered to replace her.

But he was smarter than even the smartest of ringnecks, anyway, as he walked around the picked corn on the upper side and all the way to end of the grass strip beyond before motioning me to start through the weeds.  It was a routine that we’d done countless times before, making wary birds believe that whoever was in the field had passed well beyond their position with no intent to do them harm, not knowing that there would be another hunter walking through, and penning them between.  If they were to flush now one of us was more apt to get a shot with Uncle Mel posted on the far end.

At his motion I started walking slowly on a zig-zag pattern through the weeds and an inch of fresh snow that had fallen the day before..  I was carrying my trusty Remington automatic, loaded with #5s, and expectant of a long-range shot, if there was one. 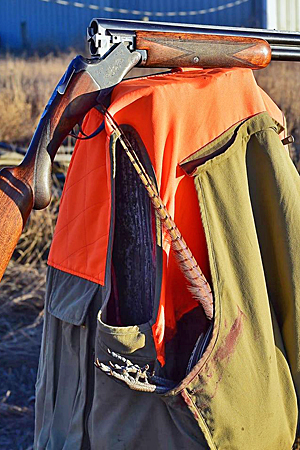 There was nothing, as expected for the first hundred yards or so, the only sound being me as I stepped on and broke the dry milkweed stalks from summer.  The Bluestem grass was a little over knee high, as it had survived the dry growing conditions of the season to reach about half its normal height.  On any other year it would have been high as your head.  Looking ahead I could easily see Uncle Mel as he grew closer with each step, waiting with anticipation for anything that might come out ahead.  A fat cottontail was just as desirable as a pheasant to him, and quicker to clean, he would reason.

The distance narrowed to seventy five yards, then fifty, as the weeds and grass became a bit thicker and higher.  And at thirty yards we both began to give up hope.

“You even see any sign?” he asked, but he barely finished his words.  Suddenly, the air between us was filled with flushing birds, and the silence of the frosty morning was punctuated with the raucous cackle of fleeing rooster pheasants.

There were at least ten, including some hens, maybe more.  It’s hard to discipline yourself to count when you’re taken by surprise that way.  And to his question…no, I had had no indication whatsoever walking through that anything was moving ahead of me.

I identified a brightly colored cockbird that was quartering to my right and away from me, oblivious to what was ahead and to my left.  All I was concerned about was Uncle Mel being safe and out of my line of fire.  I leveled the Remington on the fleeing target and touched it off.  But because I had been startled my shot was behind the bird, and I knew it.  Recalculating, I swung ahead as it neared the extreme limit of range and touched off a second shot.  It was true, and the rooster folded in one of the near rows of picked corn. 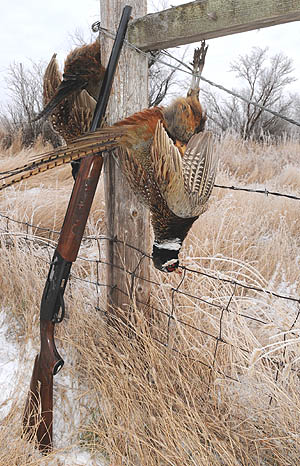 At the report of my own shot I was aware of a second shot, and a third, behind and to my left.  Uncle Mel had gotten some shooting of his own, apparently, but my attention for the moment was hardly concerned with what he was doing.  Without having a dog, I was hot on my way to the spot where I had seen the rooster fall.  Late-season birds are often hard to kill because they’re more heavily feathered, and this one had been at least forty yards downrange, perhaps more.  I didn’t bother to step it off.  But when I arrived at the spot I had marked I breathed a sigh of relief.  I found it immediately, dead from a clean head shot.

I picked it up and turned to show Uncle Mel, who was doing some searching of his own.

“You need help?” I shouted, assuming that his two shots were like mine, necessary to bring down a single bird.

“Just lookin’ to find my second bird,”  he said excitedly, as he walked in circles around the spot he’d marked.  “The first one is right there by the fence post.”

And no sooner than he’d spoken, he put his foot on the neck of a wing-shot rooster that flapped wildly as he picked it up and dispatched it with a quick twist.

“You want to chase them down?”  I asked, knowing before he answered that he’d opt for the truck and home.

We went back to the farm, cleaned the birds, and had a cup of coffee and some lunch before I pulled on the highway and headed for home, never suspecting.  That was on Saturday, and the following Tuesday I got the call from Columbia, and my mother. 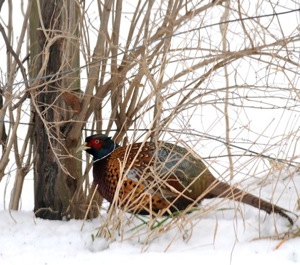 “Your Uncle Mel is gone,”  said Mom.  “They found him in the house when no one could raise him on Sunday and Monday.  Apparently he’d been dead for some time.  Heart attack.”

But beyond the shock of hearing the worst, I found it in myself to accept it knowing that Uncle Mel left with exactly the satisfaction he would have wanted.  His last hunt – our last hunt together – was a reminder of the best days of his life, when birds were abundant, time was abundant, and it was time shared with someone that I knew he cared for above all others.  Heart-breaking as it was, I smiled – felt privileged to share one last day with him – elated that it had been a good one.

The last hunt with Uncle Mel!

From an old snapshot made at the time, the day's take of the last hunt we had together - a trio of roosters cherished and forever remembered. (Photo Supplied by The Author)