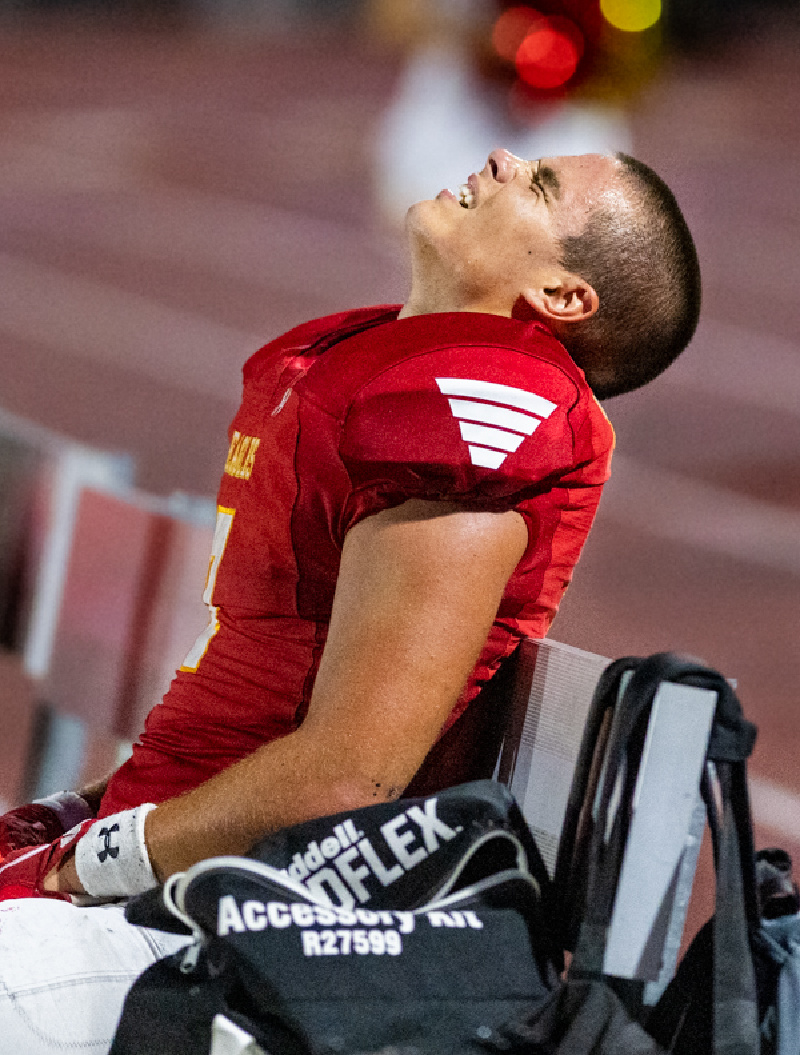 Four games have revealed some hints, but we’re still waiting for the OCC division title pictures to come into focus as a lot of average teams and a few special ones have identified themselves thus far.

Columbus, OH – The midpoint of the season is a landmark of sorts, more so in the Ohio Capital Conference than most leagues because it means one final tune-up before the widespread start of division play next week.

New Albany, Big Walnut and Dublin Jerome are the only lingering unbeatens as the conclusion of Week V approaches, with only New Albany having an inviting path to another win this week.

Big Walnut goes on the road to face 3-1 Westerville South and Jerome takes its perfect record to 3-1 Hilliard Bradley in by far the two most interesting games in the league on Friday.

What awaits beyond is largely a mystery, given that 13 of the 34 teams in the monstrous four-division conference are 2-2 after four games.

Big Walnut (4-0) at Westerville South (3-1) – The upper hand in the OCC Capital goes to the winner in what could be a high-scoring affair. The Eagles’ all-state tailback Nate Severs is on 2,000-yard pace and has 14 TDs already.

Nasir Phillips can pound it for the Wildcats, but he’ll be going against a Big Walnut defense that’s allowed less than 100 yards combined in four games. That tilts the outcome to Big Walnut.

New Albany (4-0) at Olentangy Liberty (1-3) – Liberty looked more like the powerhouse it’s been traditionally in a surprising 21-17 road win at Berlin last week. The Patriots struggle to move the football, which isn’t a good thing against a New Albany attack that can monopolize possession. 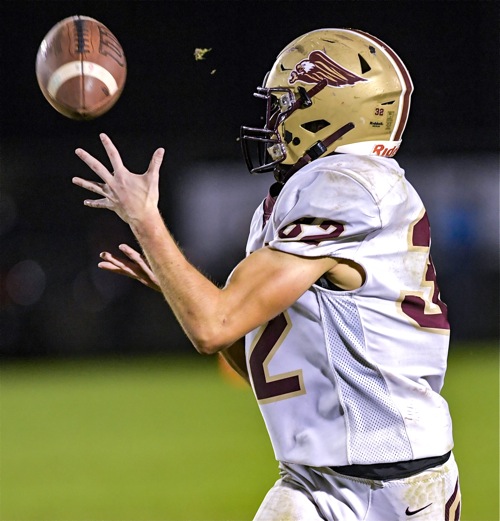 New Albany’s Christian Manville is a weapon rushing or receiving.

Expect Christian Manville and the Eagles to pull away in the second half, thanks quite possibly to a ball-hawking defense that’s averaging plus-two in turnover margin every week.

Dublin Jerome (4-0) at Hilliard Bradley (3-1) – Bradley has already matched its victory total of last season, but the Jaguars want more. Quarterback Bradyn Fleharty could surpass the 1,000-yard passing mark this week, which will challenge a Jerome defense that allowed only one TD last week in its first win over rival Dublin Coffman in school history.

Jerome’s Luke McLoughlin is a workhorse on which the Celtics’ offense is founded. Jerome should be ready for that after getting pounded on the ground last week at Marysville, but the Jags’ defense has yielded at least two TDs to every team it’s played. Go with Jerome in a tight one.

Gahanna Lincoln (3-1) vs. Pickerington Central (2-2) – Lincoln coach Bruce Ward is looking for his first win in eight tries against Central, which has made life miserable for almost everyone in the league over that span.

The Lions’ Diore Hubbard riddled Reynoldsburg or 298 rushing yards and five touchdowns, but no one does that to Central. Take the Tigers to win their 16th straight in the series and 21st in the teams’ last 23 meetings.

Groveport (2-2) at Upper Arlington (3-1) – The Cruisers have rebounded from an 0-2 start to get to .500, but UA poses a whole different challenge than Worthington Kilbourne or Westland. The Bears’ defense will give up some serious size to a Groveport line featuring three 300-pounders.

That’s nothing new for UA, however, which seems to be finding its offensive rhythm behind QB James Hayek. He and tailback Connor McClelland will provide just enough offense for the Bears to get to 4-1.

Westerville Central (1-3) at Dublin Coffman (2-2) – Central is more explosive than Coffman, but that’s not saying much. Even Shamrocks’ coach Geron Stokes acknowledged his team’s difficulty moving the ball last week in a first-in-school-history loss to Dublin Jerome.

Central has never beaten Coffman, either. The ‘Rocks won’t suffer that fate two weeks in a row, because they’ll figure out a way to find some of the magic they used to win on the road at Canton McKinley.

Dublin Scioto (0-4) at Worthington Kilbourne (2-2) – The second OCC Capital Division game this week affords Scioto a chance for its first win. The Irish have lost only once to Kilbourne, and showed enough in a late rally that fell short against Westerville South to give them the nod in a down-to-the-wire finish.

Hilliard Darby (2-2) at Lancaster (0-4) – The Gales really struggle defensively, which is not a good malady to have with Darby’s Wing-T coming to town. Expect a big night for Javi Quimba and the Panthers.

Olentangy Berlin (2-2) at Hilliard Davidson (2-2) – Davidson can’t wait to get back on the field to shed the bitter taste from its 7-3 loss to Darby, which traced to a 95-yard fumble return in the final minutes.

Scoring has been an issue for the Wildcats all season, while Berlin’s offense seems to go quiet right after finding its footing. On the road, the Bears won’t quite have enough to handle a riled up opponent.

Olentangy Orange (2-2) at Newark (2-2) – Orange had been waiting for J.J. Calip to break out and he certainly did that with 191 yards and two TDs on 16 carries in a surprisingly-dominant 30-point win over Olentangy.

Orange has been anything but consistent, but its big-play potential should decide this one.