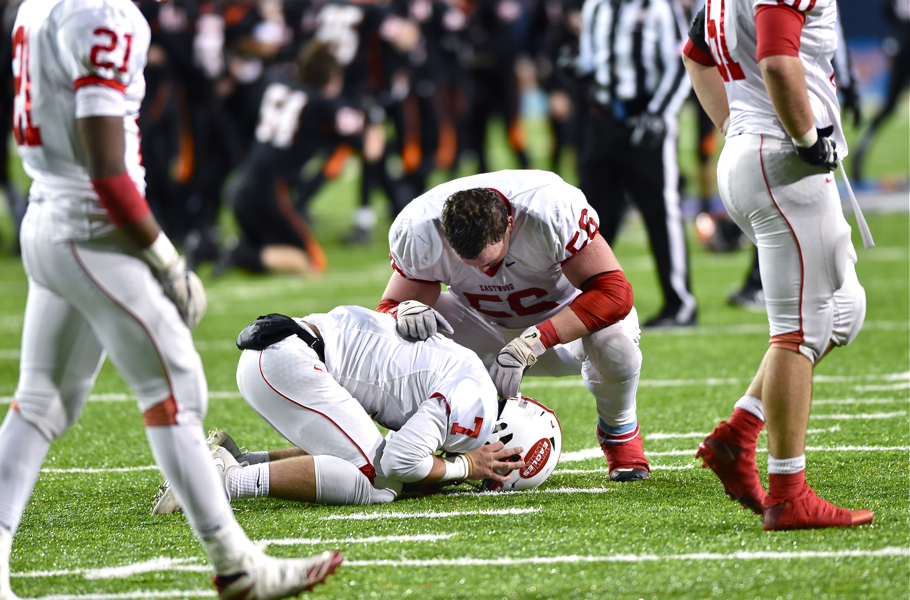 There is no substitute for the values  young people learn through sports…the thrill of victory, and yes, some agony from defeat.  (Press Pros Feature Photos)

There was a time when we thought competitive balance would be the tipping point of interscholastic sports as we’ve always known it.  A decade later the cultural demands for equal recognition, regardless of equal achievement, casts a far different question about our competitive future.

It used to be.

There were predictable factors.

You knew that certain schools would be strong in certain sports.  Always had been.

Budgets would be predictable.  Funding was a community issue based on property values and population.  You lived within your means, and sometimes that meant there were things you didn’t do, and couldn’t do.  How that has changed.

Inflation, cost of living, and fuel prices have caused panic and a media frenzy of finger pointing.

Ticket prices for football games in some local leagues are up to $9 if you buy one at the gate.  In some places tax payers are charged to park on the school ground they already pay to maintain.

The OHSAA and school administrators have rightly preached for years that interscholastic competition is a vital component to a comprehensive educational experience.  And, no argument.  Learning to win is a life-long attribute, because we find…that eventually everything worthwhile in life is competitive!

Except…the modern cultural view of winning is not something that should be emphasized, or taught as a way of life.  Finishing first is divisive, and exclusionary.  People say they’d rather see a display of sportsmanship in a handshake line than celebrating a championship.  Someone wrote during last spring’s state tournament, “I’d rather see the ‘Golden Rule’, over hoisting a trophy.”  Some actually want a ban of Queen’s recording of  We Are The Champions being played at title events.

God forbid…if someone – anyone – is offended! 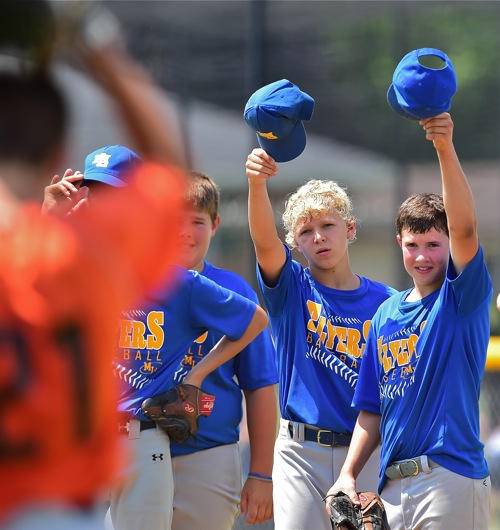 We once played for fun…kids learned from each other and sports was a thing that bonded kids together on the playground, for life!

We once played for fun.  Sports was a thing that bonded kids together on the playground.  The weaker kids observed and learned from the more advanced kids.  They knew their deficiencies and improved through imitation and natural development.  You didn’t want to be embarrassed, so you worked harder to do what your peers could already do.

Parents took a different perspective.  If a coach said you weren’t good enough, or needed to work harder, that was the end of it.  A college coach once told me he was sorry I was on the team.  My dad simply said, “Sounds like you need to get better.”

Many don’t play at all.  It’s easier to do nothing, or play virtual sports.  More fulfilling to get a job and make $15.  Of course that does nothing to develop appreciation for teamwork, or how to deal with adversity, but there’s a cell phone and a car to be paid for.  There’s a selfishness that must be justified – if I’m not good enough to start why waste my time?

We feed this, by pandering the notion of instant gratification for one’s time!  Observe a reader perspective received this past week:

“Mr. Press Pros…After spending the summer reading your yammering about baseball – moving the season so kids don’t have to be uncomfortable – may I call your attention to a way to support baseball that would actually incentivize more kids to play.

Instead of beating a dead horse over adapting baseball to climate change, may I suggest that you use your platform to promote name, image, and likeness support for high school athletes, thereby giving kids who at least some reward for their time?

A thousand dollars or so per player from the community would go a long way towards promoting baseball to those you say can’t afford to play ‘elite’ baseball – left behind at home. You write, they see no reason to even try. Financial incentive that levels the field would probably help.

I’m sure, given your pre-historic views on culture and your take-your-lumps values, that you were first in line to vote no against NIL and thought it was a bad thing.  But as always, I urge you to look deeper and to future solutions that are going to happen, whether you like them or not.”   Finding a way….Syl

Our national leadership is a mess.  We compromise traditional values.  Rules don’t matter any more.  Laws are to be protested and questioned.  There’s a mindset of ‘do unto others and see if anyone questions it’.  And the last bastion of defense is the values our young people learn through sports…the thrill of victory and yes, some agony from defeat.

We’re at a fork in the road, where we need lessons from take-your-lumps more than we need psychologists making excuses for us.

Pay someone to be less than they could be…or let them learn that self esteem and hard work lasts a lot longer than a thousand dollars!