Almost everyone hunts on someone else’s private property.  So, if you want to continue it’s a good idea to keep up off-season communication and some good ‘PR’.

(Guest writer Pat Jewett, from Minneapolis, shares some ideas on how to make a good thing last…if you’re a hunter.  A little ‘Golden Rule’ can go a long way when you’re trying to gain access to private ground.)

By Pat Jewett for Press Pros

Of all the friends that I have that hunt, hardly any of them hunt on land that they own.  That is, because most of them don’t have any.

Many of them live in the suburbs, where there is no land, and it’s not that common anymore to have relatives outside the beltway with farms and ranches.  You might be surprised, but the old family farm of yester-year with 250 acres is now part of a much bigger corporate farm of several thousand acres…and off limits to hunters and hunting. 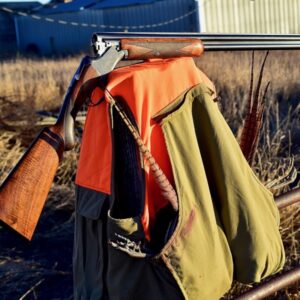 Still, a lot of us still do and depend on people with land as far as four, eight, even twelve hours away to provide access to their land.  And with that comes a particular responsibility if you want to maintain that right from one year to the next.  It’s called a ‘relationship’, and I can’t remember the last time I hunted on someone’s land without having one.

Because, this is not the 40s or the 50s where you could drive down the road and just stop at someone’s house and ask to go bang up the flock of ducks you just passed on a pond out in the field.  Once upon a time the landowner had no objection.  Now, they have a list of objections as long as the driveway.

Most of the places I hunt, particularly out west – Minnesota, Iowa, the Dakotas – are owned by people I met years ago.  And yes, the way I met them was to stop by the house, walk up, and politely ask permission.  Some agreed on the spot, but others took time and persistence.  On one particular farm in Iowa I once stopped to help a guy who I had asked for three years…permission to hunt a parcel of CRP ground that sure to be full of pheasants.  He would never let me in, until that is…that one day when I stopped when he really had bigger issues than someone wanting to hunt. 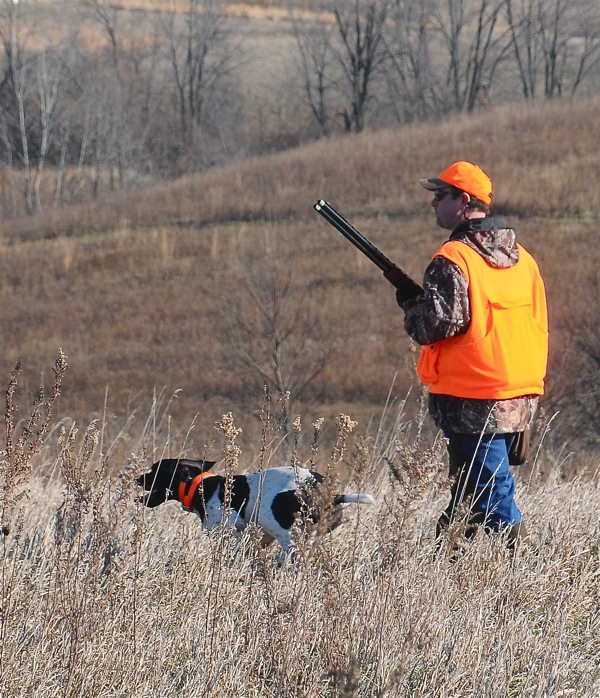 It’s not that easy anymore.  What used to be the 250-acre family farm is now part of much larger corporate farm that’s off limits to hunters.

I was driving a four-wheel drive Suburban and he was trying to get his truck out of a ditch, having slid off one of those greasy-slick Iowa dirt roads in the middle December.

“You look like you could use some help,” I offered with a smile.  And he smiled back because it was nearly dark and we were the only two on the road.

“I really could,” he nodded.  “And I think I know you.  Haven’t you stopped to ask about hunting before?

I smiled and shook my head yes.  Then I added,  “But I’m not hunting now.  I’m headed for town and right by your place.  Let’s see if you can’t get there, too.”

I had a trailer hitch on by Suburban and a strong chain and hook in an equipment box I kept in the back.  In five minutes we had him securely hooked up, and while it wasn’t easy…we did eventually get him up out of the ditch and onto the road.  Both trucks were caked with black, slick, gooey mud.

I followed him down the road for about a mile where he pulled into his farm lane and drove to a power wash outfit he had outside his equipment shed.  It took an hour, but we got all of the mud off those trucks, and out from under.

“I can’t thank you enough,”  he offered.

“Not a problem,”  I said, climbing back in mine and hitting the switch.  “If I hurry I can still get to Texas Roadhouse before they close.

“Well,”  he said, “If you’re interested, stop by in the morning and hunt all you want.  That field you’ve asked about for the past two years is full of switchgrass and there’s a ditch with plumb thickets that cuts through it.  You won’t have any trouble getting a couple of birds.  Just stop by the house when you’re done.”

I thanked him, went about my business, and the next morning enjoyed one of the better Iowa hunts in memory.  There were lots of rooster pheasants, just as he said there would be, and within an hour I stopped at his house to thank him.

“I want your address and phone,”  he said.  “That way, we can keep in touch.  You’re welcome to come any time you want, but let me know.”

His place in northern Iowa is about a three-hour drive from my home in the Twin Cities, and at least once a summer I take a drive down his way…just to keep in touch.  He always smiles when I pull in, and last year offered a farm pond on another farm he owned that was full of foot-long crappies…and the biggest bluegills I’d seen in years.

His is not the only such story over decades of hunting.  I have a list of about fifty other landowners with whom I’ve connected over that time, and here’s what I’ve found.  They’re people just like me.  They want to be respected, and they don’t want to be taken advantage of.  Do unto others, I often think, because there just aren’t that many private farms left where you can make a call, tell the owner you’re on your way, and have them welcome you when you get there.

One more thing.  It’s been years since I’ve seen someone stuck in an Iowa ditch.  So make the most of it when you do.  Once in a lifetime is too long to wait…if you really want to hunt.