Summer readers respond to Big Ten expansion…ACME, as opposed to ‘travel’ baseball…questions on Buckeyes taken in the draft…and where in the world is Greg Hoard and Hal McCoy. As always, we appreciate your taking the time to let us know you’re out there.

There wasn’t all that much said about Mark Znidar and Bruce Hooley’s columns on the Big Ten adding USC and UCLA, and some of what we received got right to the point.

“Few people turn a phrase better than Bruce Hooley. I laughed, Bruce, when you wrote, “With UCLA and USC set to begin play as Big Ten members in just three years, ADs and coaches will have to find another way to spit in our face and convince us it’s raining.” Considering it all, I doubt of anyone could say it better.” … Larry Neubauer

“Mark Znidar thinks USC and UCLA are a “brilliant” idea. Bruce Hooley, of course, believes it’s a sign of the apocalypse. Which is it?” … Tom Killilea

(Ed. Note: At the rate of demise with the state of California, I wouldn’t lose sleep over either. Both schools are fending off financial hardship, along with the rest of the state, and may not be there in three years. And if you’re Rutgers, is it money-wise to send your field hockey team out there to play? This only makes sense to athletic directors making $3 million annually…who believe the rest of us schlepps will pay $300 for a ticket and buy the cable package.)

“This is little more than athletic welfare, and of course the Big Ten is stupid enough to bail them out. Did you notice the SEC didn’t make them a counter offer? First time writer, and I love your site.” … Mark Lowe

There was quantitative response to our recent columns featuring area ACME baseball…and none better than from the commissioner, himself: 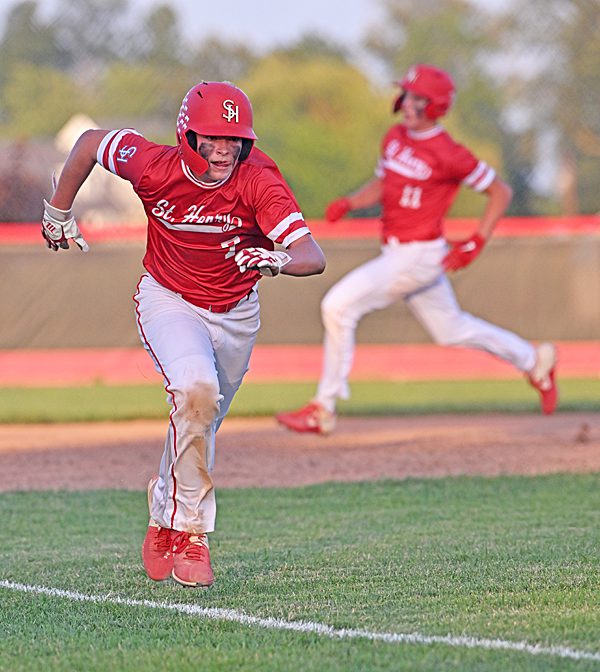 “Thank you Press Pros Magazine for taking the time to hear us, travel, and feature our program. Our hard-working soard and district commissioners believe in the value and importance of what ACME Baseball has built and continues to stand for. We love seeing the kids having fun, growing into young men, and playing the game of baseball, surrounded by community and loved ones.” … Ben Mauch, ACME Baseball Congress (Via Facebook)

“Appreciating your support for local amateur baseball that makes sense for families and kids, instead of dollar and cents for profiteering adults.” … Pat Gillenwater

“I’m surprised that you support ACME so much after writing for years that leagues like the Cross County Conference couldn’t compete with the MAC because the MAC played better competition. Isn’t that the idea of ‘elite’ travel baseball?” … Jack Riess

(Ed. Note: I’m sure that’s a selling point. But it’s hard to sell to the kids left behind because they can’t afford ‘elite’ travel baseball, or because they mature later than the better kids. And as I’ve observed travel ball over the years I don’t see much priority towards practice and coaching…just playing the games. Better competition is always important, but not at the expense of a better learning experience.)

“Did you underestimate Ohio State baseball this week when you wrote that Zach Dezenzo “may be the only player selected in the 2022 major league baseball draft”? As it turned out, you were wrong. TJ Brock, Nate Karaffa, and Ethan Hammerberg were drafted, as well.” … Michael Rantz

(Ed. Note: Did I underestimate? You can only go on what you see and of the four you spoke of Dezenzo had by far the greatest body of work. In his four years as a Buckeye he played in 165 games, hit .281, and showed consistent power with 38 home runs (19 in 2022). Brock pitched just 77 innings in four seasons with a career ERA of 5.68 and had his issues with command. This season he appeared in just 11 games and threw 16.2 innings. Karaffa is a converted outfielder and made his debut as a pitcher in 2022…and Hammerberg had 25 appearances but gave up nine home runs in 35 innings pitched. Their calling card is velocity as all three throw it in the mid-90s, and that opens eyes and doors.)

“Enjoyed Greg Hoard’s story on Stan Musial and wish that he and Hal McCoy wrote more frequently for Press Pros. My two cents worth.” … Henry Stolle

(Ed. Note: Hoard is wrapping up what he calls his late-life sabbatical, and he’s adopted a pair of stray cats (of course he has). Hal will be back on the beat soon with the UD Flyer football and basketball teams.)