Inventory On The 4th Of July….

Tomorrow we go back to getting ready for the fall sports season and another year. But on this 4th of July it’s a good time to reflect on the past, the present, and the future.

On this 4th of July, 2022, I can still say that I’m proud to be a citizen of the United States of America.

That despite what its internal critics’ claim about national arrogance, and this wart and that, I’m glad that it’s still the most powerful nation in the world, the richest, and apparently so good that half the rest of the world wants in while the other half wants to destroy it.

I’m glad that at least a majority of Americans still like it for what it’s stood for these past 246 years.  While, I’m sure, most Americans understand that some have more than others…and still have a human sense of purpose to take care of one another without the government telling us we have to.

In fact, there’s just a lot of things about America that I still like, while admitting that there are things I don’t.

I wish we had better leadership…or that we had better candidates for leadership – people that weren’t either so old, or so self-absorbed, that they’re mere pawns for the lobbyists and the special interest groups.  And think about this.  What if we had a choice of the best, the smartest, and most successful people in America to lead?  We do have brilliant people, you know.  People you’d probably want to trust.  They just don’t run for political office.  Brilliant! 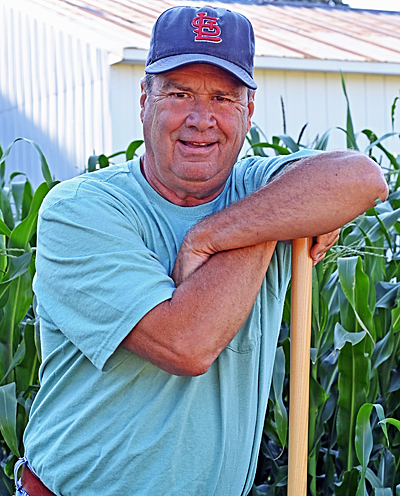 They’ve said for years that when you’re young you think your parents are the dumbest people in the world. And that the older you get the more you realize how smart they were. That’s true. I now take delight in doing many of the same things my dad did when he was my age, and I understand why they were important to him.

He was always a conservative, but he wasn’t political…except on election day. He ALWAYS voted.  And that was good, all he needed, and enough for the good of the country – the non-offensive way of making your voice heard.

Like my parents and grandparents, I try to do things that return a dividend. I garden. Raise a lot of my own food. It’s relaxing, and good for the soul. I burn wood for heat – natural, the sense of fulfillment, and living off the land.

I worry more than the old folks, because my life is more complex. But I don’t worry about gas being $5.00 a gallon. There’s nothing I can do about it, except vote and trust in the majority’s good sense of correction.

I try to make good decisions, like they did, and then have the patience to see things through. Patience is the greatest virtue, we’re told.

I invest in the future, one way or another. Because…what else can you do? You save for a rainy day because people my age know by now that there are so many of them.

On this 4th of July we’re all blessed to have at least some perspective of personal independence about which we should be more appreciative. And if you’re able, and you’re reading this now…that’s all the proof you need.

I really don’t need a lot, and I’m thankful for what I have…that, and the hope that when time runs out I’ll have done as much as my talents allowed. And we can all say we’ve done that…freely.

Thank you all for whatever you’ve done for someone else,  somewhere along the way.  And thank someone else…for doing the same for you.