Cincinnati Taft utilized four players in double figures, and the individual talent of junior Rayvon Griffith to advance to the Division III finals with a win over Lutheran East.

Dayton, OH –  It was the most anticipated of the two Division III semi-finals.

And Cincinnati Taft, though just 18-8 by way of record, didn’t disappoint for the fact of talent, physical play…and the spectre of super-junior talent Rayvon Griffith.

Physically, Taft simply wore down Lutheran East in the second half, outscoring the Falcons 29-21, after leading at halftime, 27-22. 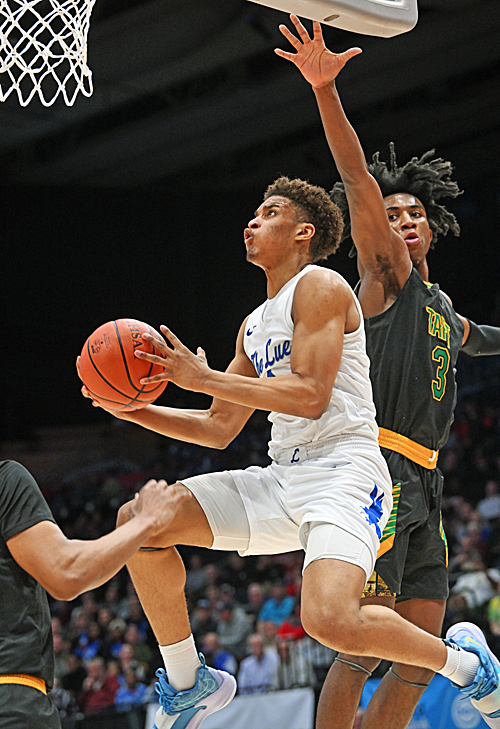 Lutheran East was the reigning Division III champion, with a record of 16-10, and simply ran aground of Taft’s superior size and physical play in the second half.  Guard Cody Head led the Falcons with 16 points, while teammate Jesse McCulloch had 15, the only two East players to score in double figures. 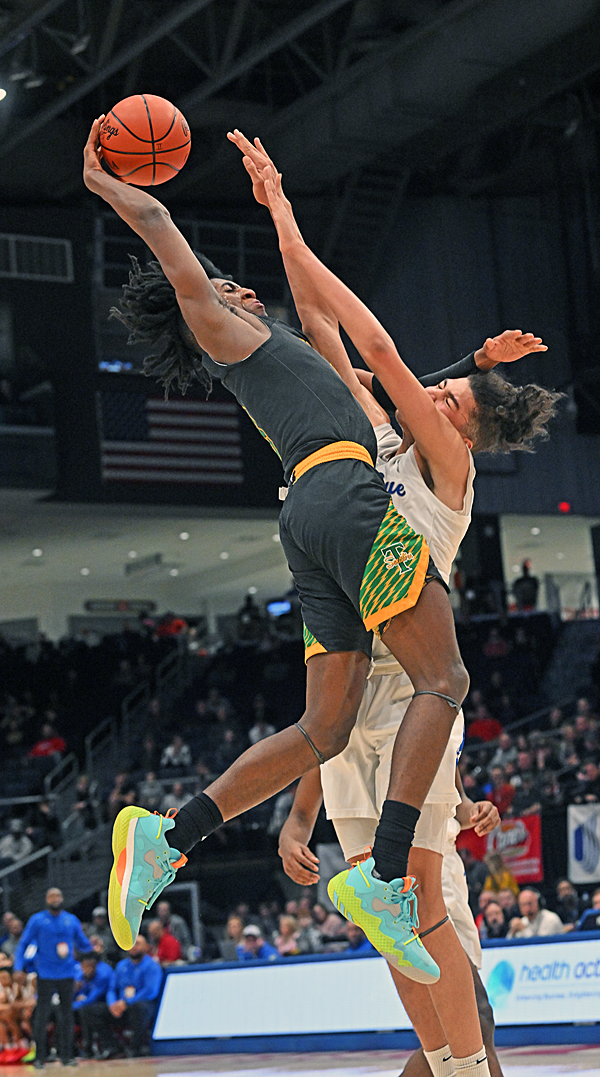