It drew a crowd and a best effort of the year, as the Versailles girls snapped a first-place tie with Coldwater Saturday to temporarily claim first place in the MAC.

By 9 am Saturday morning it was jammed with high school bowling fans interested to see…who would win the showdown for outright first place between Coldwater and Versailles, tied at the top of the standings in MAC bowling, and Coldwater as the reigning state champion in girls Division II bowling.

Jammed, of course, is relative.  Miracle Lanes only has eight lanes, and two spans of bleachers.  But they were full with people hungry for competition.  Doughnut sales were brisk, the coffee was hot – perfect fortification for those waiting to seeing the MAC’s two top teams go head-to-head.

“It was exciting,”  said Coldwater senior Jasmine Schulze, following the match.  “It’s nice to get this kind of attention, and they bowled phenomenal.  You can’t ask for more.  When you have a 246…you can’t do much about that.”

Actually, you can.  Versailles’ Emma Billenstein had her best match of the year, and her high single game, rolling a 246 in the opening game of individuals…which only set the standard.  Teammates Mallory York and Payton Groff followed her lead with a 238 and 211, respectively, to outpace Coldwater, overall, 2,719 to 2,468.

“That was hard to overcome in the Baker games,”  said Schulze, who topped her own personal average (191) by rolling individual games of 211 and 215, the only Cavalier bowler on the day to break 200.

Overall, Versailles would finish on top by a thousand pins, and the excitement of the competition was palpable.  You could cut it with a knife. 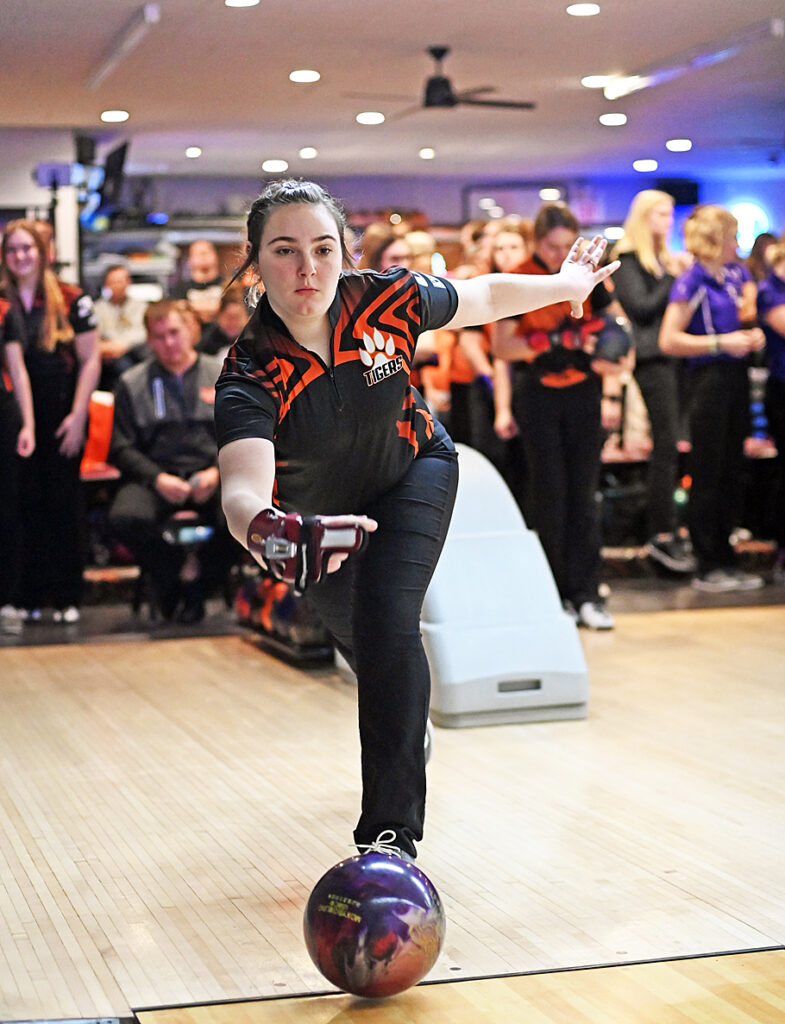 “It was so exciting,”  said Billenstein.  “But we had stay mentally in it, though. We knew…it wasn’t going to be easy.  But it was a good time, and in the end we knew we could do it.”

Bowling is Billenstein’s, Schulze’s, Mallory York and Payton Groff’s bread and butter.  It’s been Coldwater’s bread and butter for years as the Cavaliers proudly claiming OHSAA titles in 2012, 2o15, ’17, and ’21.  This is their basketball and football, and bowling represents a critical competitive opportunity that goes unnoticed by the majority of community fans at 9 am on a Saturday morning.

“It’s so amazing to have this opportunity,”  said Billenstein.  “I’m so grateful to have my teammates, for the work that we do together, and it couldn’t be better.”

That work was evident by watching how she navigated her 246 game.  Strikes came hard at Miracle on Saturday – a lot of solid 7 and 10-pin leaves.  But Billenstein hit her marks, maintained that focus she spoke of, and got good carry on a couple of occasions.  Bowling is about skill, of course, but you need a bit of luck, as well.

“I had a couple of bad frames, but I just shook it off and told myself to focus on a new frame,”  she said.  “I wanted to finish it off strong.”

Their win left Versailles with a 6-3 overall record for the season, but unbeaten (4-0) against MAC competition.  Coldwater now claims a 7-2 mark, and 3-1 against the conference.  In other scores on Saturday morning, host Fort Recovery outrolled Marion Local 2,463 to 1,900.

Compliments, too, to whoever was responsible for the doughnuts – outstanding.  And the coffee was hot and in demand.  The people got what they came for, and supported the girls from all the teams with appreciation for the hour, their work, and what’s at stake.  Coldwater, overall, has claimed seven different state titles in boys and girls bowling.  Versailles is yet to win their first.

And area girls bowling, with what’s to be anticipated between now and mid-February, had a phenomenal day! 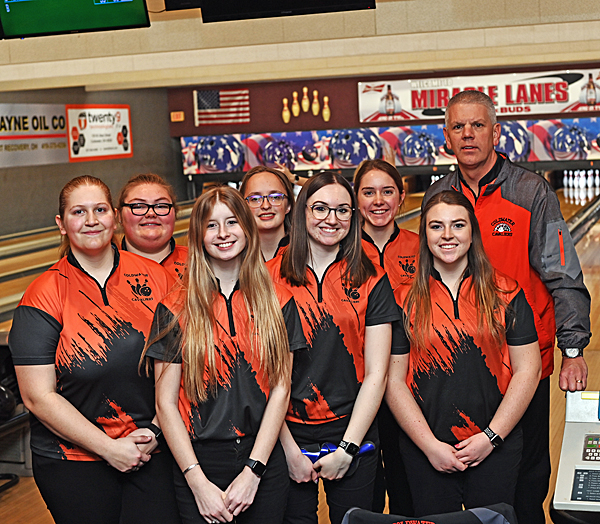 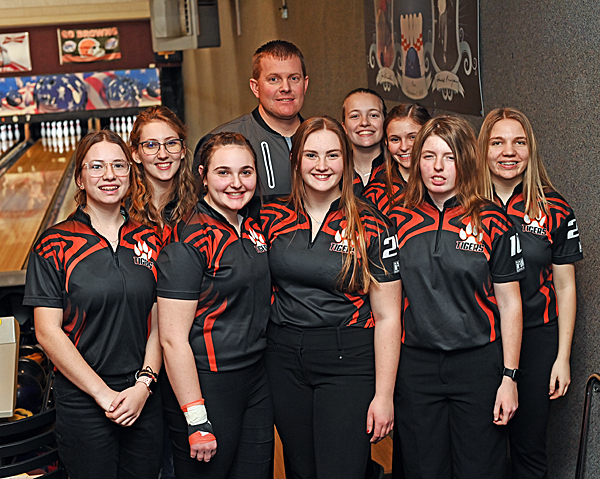