Holiday Music: “Our Little Song Broke Us Up”…Do You Hear What I Hear?

One of the most popular holiday songs in history, it was written as a protest warning during the Cuban missile crisis of 1962, adapted to a Christmas tune, and made famous by a man searching for one more hit record.

I recently read that the holiday tune Do You Hear What I Hear has been declared the most requested Christmas song of the past 50 years.  You’d never have guessed that if you knew the story behind the story – of its fractious beginnings.  But apparently it’s true.

In relation to radio plays and online sales, it was more popular during that period than White Christmas, Silent Night, Little Drummer Boy, and Rudolph The Red-Nosed Reindeer.  Such were the findings of statistical analysis firms that track the music business, which is important…if things like that keep you up at night, wondering about Brenda Lee and Rockin’ Around The Christmas Tree.

But, like so many of life’s other ironies, it almost didn’t happen. For you see Do You Hear What I Hear was a song written in 1962 by the married couple of Noel Regney and Gloria Shayne Baker.  But, it wasn’t written as a Christmas song. Rather, it was written as a protest plea for peace during the Cuban missile crisis in October of that year.

Noel Regney was terrified for his family, his country, and for the survival of the human race during the height of the tension between John F. Kennedy and Nikita Khrushchev.  He had fought in World War II and had experienced the fear and terror of war and death first-hand.  He was inspired to write the lyrics, “Said the night wind to the little lamb, ‘Do you see what I see?” And, “Pray for peace, people everywhere” seemed poignant after observing people pushing babies in strollers on the streets of New York City, oblivious to the threat of nuclear war.

Baker, who wrote the music for the song, later admitted that upon its completion she and Regney could not bring themselves to perform the tune because of their emotions concerning the United States’ nuclear policy, Fidel Castro, and the Bay of Pigs invasion.

“Our little song broke us up,” said Gloria Shayne Baker in an interview years later. Literally, she and Regney separated and went their separate ways.

But the tune hung around, was adapted to a holiday theme, and recorded after Thanksgiving that year by the Harry Simeone Chorale, the same group that had popularized The Little Drummer Boy four years earlier, in 1958. Do You Hear What I Hear was an instant radio success, and it sold Simeone a quarter million copies of the 45 rpm before Christmas of that season.

One who heard it was none other than Bing Crosby, the popular crooner who had famously recorded White Christmas in 1942.  White Christmas made Crosby a millionaire all by itself, selling over 100 million copies between ’42 and 1962.

But the bad news for Crosby was…he hadn’t recorded anything nearly that popular since 1942, and his professional pride was getting the best of him. He desperately wanted a recording opportunity of captivating substance to prove that he still command sales in popular music. He chose Do You Hear What I Hear, and ironically, did the vocal recordings with that one-of-a-kind sound that only he had on November 22, 1963, the same day that John F. Kennedy was assassinated in Dallas, Texas.

He nailed it. Do You Hear What I Hear, done by Crosby, was a smash hit, selling well over a million copies of the record, satisfying Crosby’s professional ambition, and challenging the mark for sales set by White Christmas.

Part of that had to do with competition, and the sheer numbers of people who recorded their own version of the song – Perry Como, Johnny Mathis, and even Anita Bryant.

And part of it was the natural order of life – ‘Father Time’. Bing Crosby died suddenly on October 14, 1977, at age 74.  Popularity of the song soared for years after his passing.

The song not only survives today, it thrives, still one of the world’s favorite Christmas tunes, even though it was never intended to be.

Some more irony? While Crosby didn’t live to experience history’s honoring his recording,  neither did Noel Regner and Gloria Shayne Baker. Regner died in 2002, and Baker passed in 2008.

Stars, dancing in the night…voices, we know now, as big as the sea. 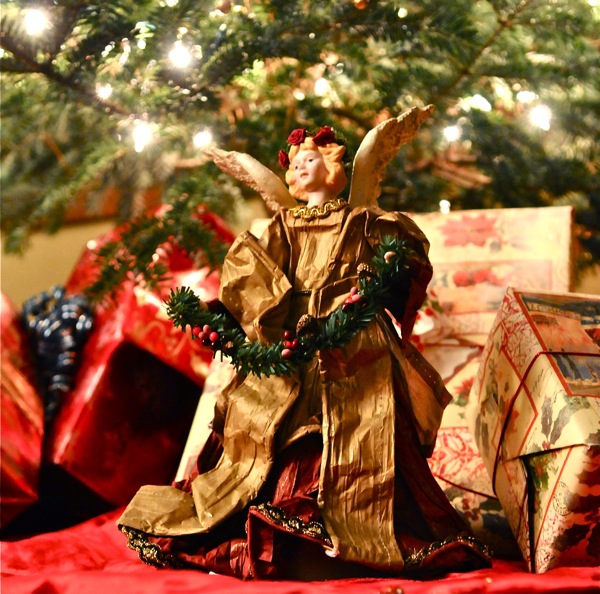