Things We Actually Should Be Thankful For…On Thanksgiving

I don’t mean to be cliche’, or just another token Thanksgiving column, but on this day in particular I’m taking inventory of those things that still make my life a lot better than it would be if I didn’t have them.

I woke up this morning with a terrible pain in my neck and shoulder  (too many years of baseball, too many balls and strikes – too many foul tips); and a hangover from watching Ohio State’s basketball team yank defeat from the jaws of victory Wednesday night against Florida.

Thanksgiving Day, more than I care to admit, is here; and truthfully, a long time since I remember this day being one to look forward to. In youthful days it meant hunting trips and beagles chasing rabbits with Dad and a handful of uncles, particularly my Uncle Dan. But no more. Like George Harrison sung, all things must pass.

I was reminded this week of the day Kennedy was assassinated, in 1963, and how we heard the news on a truck radio as Dad and I came in from rabbit hunting. I remember that awful five-day period of constant television, Walter Cronkite, and fear – grainy black and white pictures, and twelve-year-old perspective of who, why, and where.

A few football games over the years, bigger hunting trips, and the expanded list of people who’ve made an impact on your life as you get older. More than all of that…I remember how much quicker the years rush by now than they did back then.

Everyone says they’re thankful today. They’re pretty much expected to. I can’t imagine the outcry if you didn’t claim at least some appreciation for the blessing of living in this country. We should be thankful, because even if you think it’s racist, it’s a lot better than being of the wrong ethnic persuasion in China, by all reports.

I’m very thankful for family; and you know…there’s family, and then there’s ‘family’, the ones you turn to instinctively.

Same as with friends. I can’t express enough how blessed I am to have that particular collection of people who have given me more rope over the years than I deserve. Others would offer to hang me with it. These special people just continue to drag me along. Bless you.

Having said that, there are about three – maybe four – that stand out in the very worst of times, just like with the rest of you. People with whom there’s a deeper commitment – physical and emotional sharing of aches, pains, and optimism for the future. Nothing ever changes with them. Yesterday is today – today is tomorrow. We cling to the ‘promise’ of tomorrow (UK).

I’m deeply thankful for those who have some ability to lead. I appreciate those who can make a good decision. Not the goofballs who try to run this country, presently, because there’s no earthly reason for inflation and $4 gas when we  sit upon the blessing of resources that God’s bestowed upon it. This while we daily turn our heads to such blessings. Perfect? No, but if your life and my life was perfect we’d screw it up anyway.

We have so much, and yet we whine that we don’t have enough, and daily destroy the will to become better with passing generations – the very manner in which we got to be the greatest culture in the world. We’ve become a country of redistribution – and not workers, investors, and those with the patience to succeed. We want it now, dammit…and it better be made by Apple, or be 85 inches wide.

I’m thankful that simplicity still means something to me – grass to cut and a garden to tend. There’s three rows of strawberries to pick in the spring.  I’ve never taken a cruise, and I don’t miss it. Never been to Europe, and no need to go. I didn’t leave anything there. 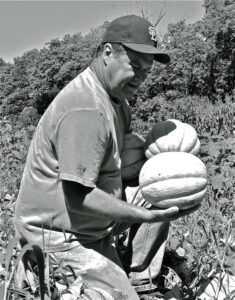 I have a sturdy home, an old Ford tractor, and a five cords of firewood for the winter. The central air is now 35 years old and I’m told it’s not eco-friendly.  It doesn’t matter. I don’t use it that much, anyway.

There’s a chest freezer on my back porch filled with the things that make empty shelves at Kroger irrelevant. Every time I walk past it I give thanks. It’s thirty years old, too, and runs like a top.

I don’t wish for world peace, because that’s out of my control. As you can deduce, I’m pretty conservative, and it’s not some ideology. And when you live that way it’s not that hard to genuinely give thanks for what sustains you from one day to the next. As a lesson to the young, you don’t get this way overnight. It takes years.

The most impressive people I’ve ever known are also those that didn’t complain about what they didn’t have on Thanksgiving.

They were just grateful for having enough.  Blessings to you all!

Be there when the cannon blasts to celebrate a Columbus Blue Jackets goal amid all the exciting action of the National Hockey League at Nationwide Arena. 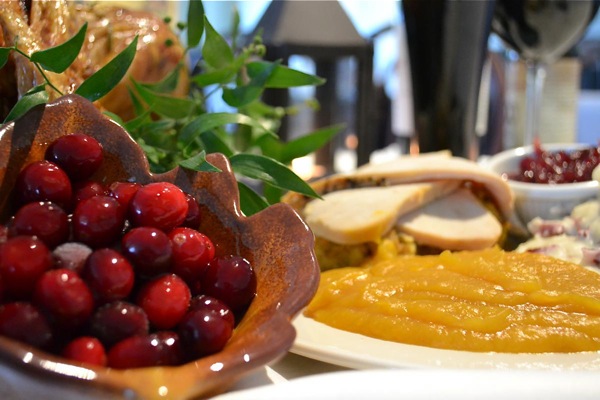