Central Gains Revenge On North In Battle Of Pickerington

Newark, OH — With swirling rains encompassing Paul “Hoss” Starr Stadium at White Field Friday, it was utterly apparent that the Division I, Region 3 semifinal game between Pickerington Central and Pickerington North was bound to be a defensive-minded slugfest. Finding a way to score – either by tilting the field position or cashing in on a turnover – likely would determine the outcome. 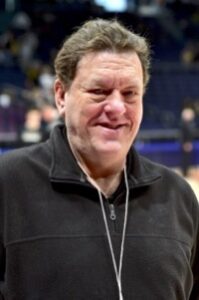 Central’s uber-talented front seven, featuring a bevy of Division I commits and prospects, took the challenge to heart and smothered its cross-town rival 27-7, avenging its only defeat of the season nine weeks ago and setting up a sixth straight trip to the regional title game.

With University of Cincinnati commits Tyler Gillison and CJ Doggette, Ball State-bound Dakari Frazier and five-star junior recruit Alex “Sonny” Styles leading the charge, Central limited North to 60 total yards – and a grand total of zero through the air. The Panthers went 0-of 13 on third down plays and failed on two fourth down tries as well.

“Having so many kids who have played between 40 and 50 football games in their careers, they know when they have to dial it up and they did it again tonight in tough conditions,” Central coach Jay Sharrett said. “It’s sudden death now every time you take the field. Things didn’t go that great in the first half, but these guys don’t get rattled. We got it going in the third quarter and it was almost like an avalanche effect. We use that actual word, and that’s the way we are sometimes.”

The deluge occurred in the third quarter when the Tigers scored three times (once on defense) in a matter of 4 minutes, 41 seconds to turn what was once a tenuous 7-0 halftime lead into an easy win.

On the opening possession of the second half and facing third-and-11, Sharrett inserted receiver Isaiah Henderson at quarterback in a Wildcat formation. Out of a quick huddle, Henderson took the snap, got to the edge and raced 53 yards into scoring position. On the next play, Gillison gashed the Panthers with a 22-yard TD run right up the middle. 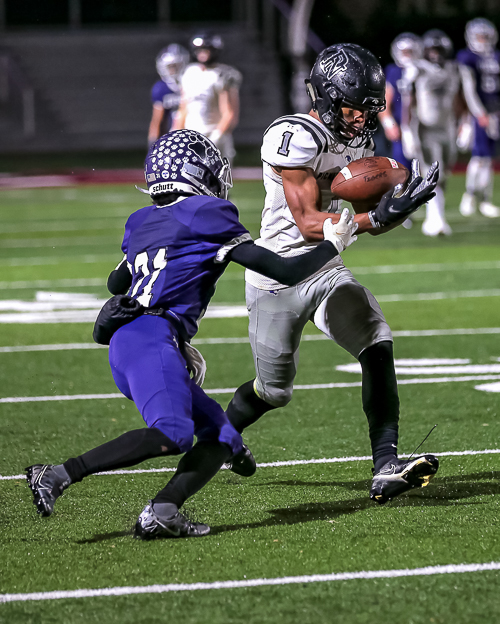 No harm, no foul…Jonathan Lipscomb tries to gather and control the ball during what was ruled an interception by the officials.

“We’ve worked on that play in practice all season, but it’s only the second time we’ve tried it and the first one back in Week 6 didn’t go too well,” Henderson said. “It’s all about the timing and finding the right moment to run the play. I just put my head down and let my blockers do the rest.”

Added Sharrett, “I think the game really turned on that play.”

On the opening play of North’s next series, a gadget play was blown up in the backfield and Eli Coppess fumbled. Gillison was there for the scoop and a 16-yard TD return. It was his third TD of the game. He got the first score on a 17-yard run in the second quarter.

“I was just trying to make a play,” said Gillison, who is a physical specimen at 6-feet-3 and 245 pounds. “I punched it out and just saw the end zone. Isaiah’s run and that play really got us going.”

After forcing another three-and-out that culminated with a 16-yard punt and a penalty tacked on the back end, Central needed just four plays to reach the end zone. Josh Harlan’s 15-yard scamper made it 27-0.

The shutout was spoiled when the Panthers’ Blake Bennett picked off a Braden Mantooth pass and took it 35 yards to the end zone.

Central came in allowing just 8.2 points per game and lowered that average a tad with its masterpiece against sixth-seeded North (9-4). Frazier was credited with a sack and 2.5 tackles for loss. Doggette forced a fumble. Styles was all over the field making big hits. 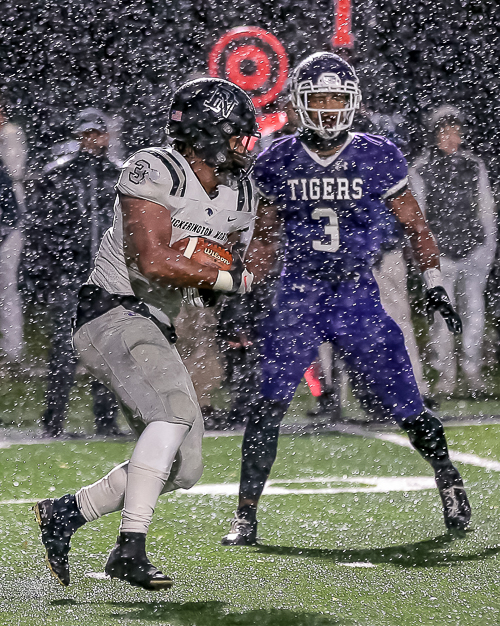 Alex Styles stays home to help contain Dawaun Green as he tries to make something happen in a driving rainstorm during the Panthers’ battle with rival Pickerington Central.

North’s featured back, Dawaun Green, who came in with 1,170 yards and 20 TDs, managed just 14 yards on eight carries.

“That’s probably the best defense in the state of Ohio,” North coach Nate Hillerich said, referring to the Tigers. “We were in pretty good shape coming out of halftime but things went south in a hurry. They just got us into too many third-and-longs and pinned back their ears and came after us. Giving them the defensive touchdown was a back-breaker. We just didn’t have the firepower to come back.”

Sophomore Dorian Hamilton came off the bench to account for virtually all of the North yardage, rushing for 62 yards on eight attempts.

True to form, Central shared the ball on offense, rushing for 209 yards on 43 carries. Gillison – who is listed as a receiver/linebacker/defensive lineman on the roster – led the way with 63 yards on just six carries.

“Tyler is such a complete player,” Sharrett said. “When the weather gets colder and the games get bigger, we lean a little more on our best athletes. He’s really light on his feet has an explosive burst and is and hard to bring down.”

After Central fell to North 13-10 in overtime in Week 4, some concluded that the Tigers might be down by their lofty standards. The offense sometimes can be hit and miss. But here they are again, aiming for a 10th final four appearance. It won’t be easy as second-seeded Central (12-1) will face top-seeded Upper Arlington (13-0) Friday at a site to be determined.

“I don’t think many of us were all that concerned about getting revenge against North,” Henderson said. “That was a long time ago. Sure, it’s nice to beat your rival, but they just stood in the way of where we wanted to go.”

Central now leads the rivalry 15-4, four of those wins coming in the playoffs.

“At this stage of the game, style points don’t count,” Sharrett said. “It’s all about surviving and advancing.” 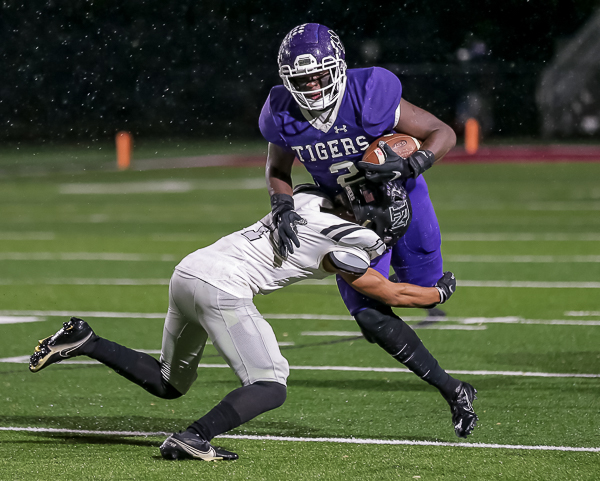 Central's Tyler Gillison fights off a North defender en route to a 27-7 win over the rival Panthers (PressPros Feature Photos by Brian Bayless).