We hear it over and over.  “I’d like to say something – respond to what I read and hear.  But I don’t because I’m afraid to.”  The realities of living in the world of ‘woke’.

At a tournament volleyball match recently, a person I’ve known for years and a regular reader of the website pulled me aside.

“Can I ask how many people you reach daily on your website’s social media?”  he asked.

“I’m not sure,”  I replied.  “But probably a couple of thousand, at least…just an average.  More on some days.  Why do you ask?”

“I wanted to respond to one of your stories recently, about winning.  Thought it was good,”  he said.  “Something that I really wanted to say.  But I decided to wait until I ran into you in person.  You know, just in case.”

I’ve known this person for thirty years, but we don’t see each other that often.

His statement did not take me by surprise.  Fewer and fewer rational-thinking people are publicly sharing opinions on Facebook and Twitter.  And it’s right there in black and white – that in the past year the number of people who respond publicly is down, significantly .   This, while readership on the site is actually up, significantly. 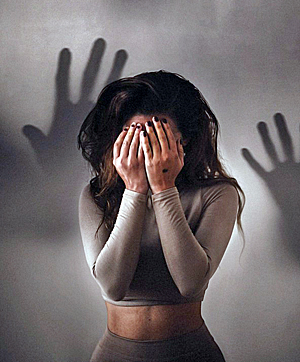 The reason?  As my friend admitted…fear!  Of course, fear of sharing an opinion about a football game is just the tip of the iceberg in these new, improved United States.  Where freedom of speech was once a state of mind, now it’s concern over who’s reading and how they might respond.  Franklin Roosevelt never dreamed of this day when he said, “We have nothing to fear, but fear itself.”

We’re afraid to get the shot because we don’t trust the government, who says you can’t fly, work, or go to school if you don’t.  On the other hand, your doctor might say different.  Who do you believe?  So…fear!

We’re told that we’re bad people if we don’t support social agendas, or the government spending beyond our means…or concern over climate change.  We’re afraid being at odds with the minority opinion – the 38%, for heaven’s sake.  Guilt, and more fear!

We’ve always felt comfortable to disagree.  But no more.  Why just disagree when attacking someone’s character and reputation is an option – or some kind of physical response.  Huh?

We used to actually question if an emailer’s name was legitimate.  But not anymore…because so many of those who respond do so under an alias.  Others boldly write.

“Feel free to use my name,”  says one frequent contributor to the ‘Reader Speaks’ column.  “I live far enough away for it not to matter if I make someone mad.”

But still, does it make you stop and think about needing a hundred mile buffer just because you say the glass is half full?

It doesn’t take much.  A couple of months ago someone wrote to object over the weekly ‘Who’s Hot’ page, claiming it was exclusionary.  That’s been the only complaint in ten years, however, which led me to believe that it was nothing more than someone looking for their fifteen minutes of fame.  We didn’t give it to them, but the show goes on.

That much was confirmed recently when PETA (People for the Ethical Treatment of Animals) went on Twitter to disagree with Major League baseball’s calling the place where pitchers warm up…the ‘bullpen’.  They’d said…they’d like to see it called ‘the arm barn’, because ‘bullpen’ mocks the misery of animals and devalues players.

Sadly, this is who we’ve become;  and how twisted our perception of what’s offensive.  Feel free to respond…if you’re not hiding in the basement.

Use any name you want!