Tippecanoe won a dogfight with Mt. Healthy in the 2020 playoffs. It was a different story in Friday’s rematch (but the same result), as the Red Devils opened the 2021 playoffs with a 50-6 romp of the Fighting Owls.

Tipp City, OH – Fireworks shot off periodically from outside of the stadium during Tippecanoe’s opening round playoff game Friday.

The hometown team provided plenty of offensive fireworks, too.

Tipp had a close one with Mt. Healthy in the second round of the 2020 playoffs, but the 2021 rematch was close for about 5 minutes.

The Red Devils romped past the Fighting Owls 50-6 to launch what they hope will be a lengthy playoff run. It was much different a year ago, when Tipp held on for an 11-6 win over the same team.

“We were worried about this game,” Tipp coach Matt Burgbacher admitted after the contest. “But I’ll tell you what, the way our kids responded and came out and played … look at that scoreboard. You can’t complain about that too much.” 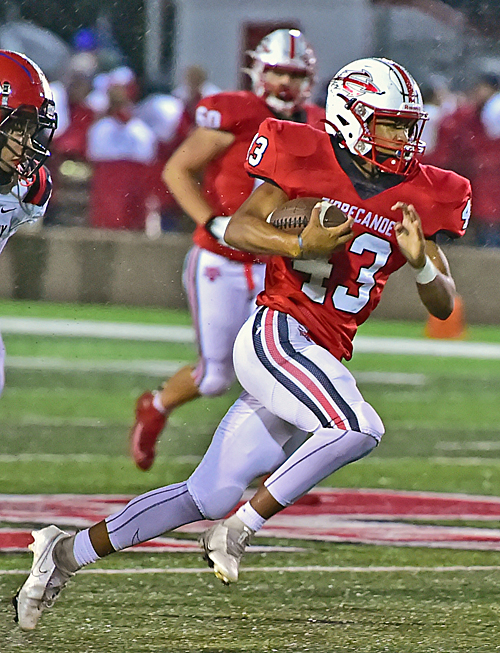 Tipp’s Xavier Jones wore the turf down with a big night for the Red Devils.

The scoreboard read 36-6 at halftime, and the second half went by fast with the running clock in motion. The usual skill guys found the end zone for Tipp, but the stars of the show played in the trenches.

“It’s always nice to get recognition,” Tipp lineman Ethan Royse said. “It’s usually the backs getting all the press. They’re the ones making all the plays, but we put in a lot of work all season and in practice this week. We knew we had to be ready for the playoffs. We made it show tonight.”

Quarterback Liam Poronsky scored a 26-yard touchdown less than 4 minutes into the contest, and the score remained 7-0 after one quarter.

An avalanche followed in the second quarter.

The Red Devils turned a fumble into seven points early in the frame. Cayd Everhart was the beneficiary as he roamed for an 11-yard TD trot. After Mt. Healthy cut the score to 14-6 later in the quarter, Everhart added another TD to his ledger from two yards out. That was set up by three big runs from Xavier Jones. A 10-yard keeper from Poronsky made it 28-6 with 1:29 left in the half. 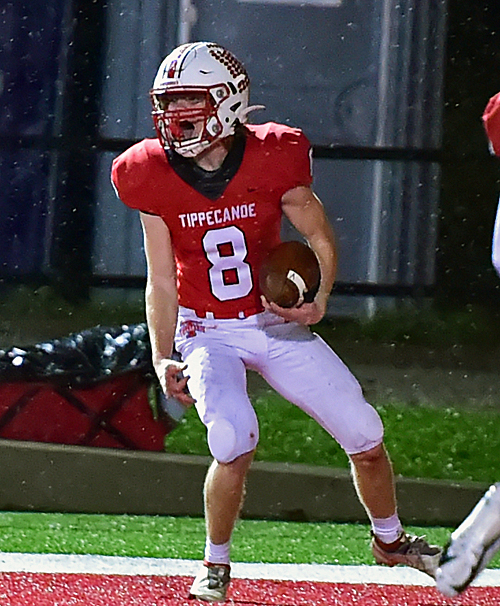 Tipp’s Carson Robbins scores for the Red Devils after recovering a blocked punt.

They were in the end zone exactly 1 minute later.

Carson Robbins recovered a block punt for a TD. A 2-point conversion by Everhart made it 36-6 at halftime.

Jones added a touchdown run on Tipp’s opening possession of the second half. Poronsky later capped the scoring with a 4-yard screen pass to Cole Coppock.

“Obviously, they lost some players and we did, too,” said defensive lineman Lawson Cook, AKA ‘Cookie.’ “But I think we’re just a lot more sound this year all together. Practices have been really good, and we’re just more of a complete team.”

The point was proven Friday, and Tipp’s 21 seniors feel like they have much more to prove.

The Red Devils hope that the story of their 2021 season ends differently than it did a year ago, when they were bounced from the playoffs by Badin the week after beating Healthy.

“We’ve got a great road ahead of us,” Royse said. “We’ve got Alter next week. It’s a great opportunity to go play a great team and show what we’re made of. Then, it’s most likely Bellbrook after that in a rematch. We’re really looking forward to it — I think we can make a difference this time.” 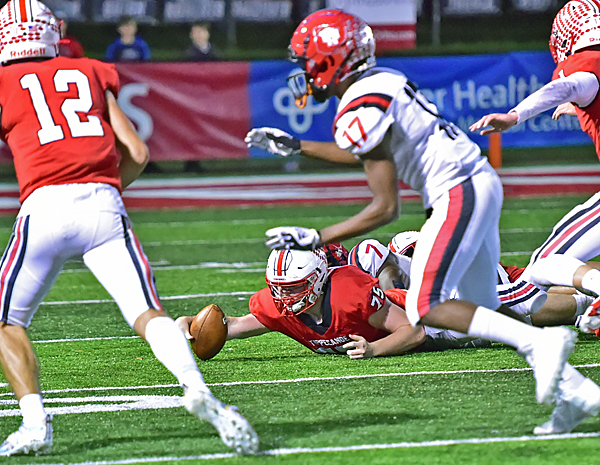 And Indian Hill fumble in the first quarter is recovered by Lawson Cook…aka ‘Cookie’. 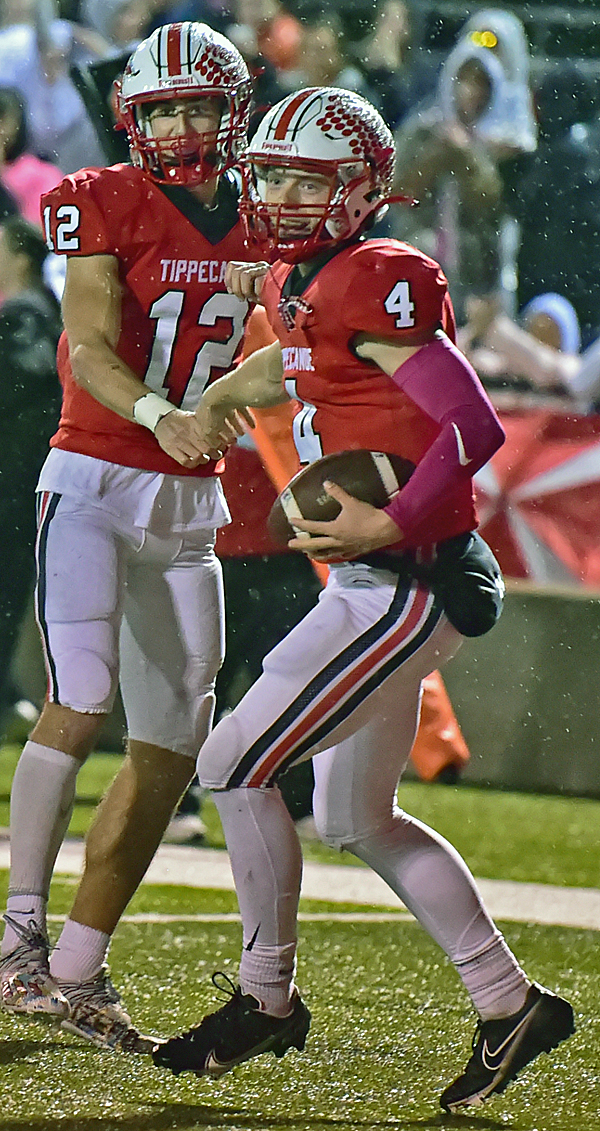