Why I, And Area Football, Will Miss Dick Roll…

After sixteen years as the coach of the Lehman Cavaliers, Dick Roll is calling it quits in his usual manner – no fanfare, and no fireworks. Just a smile and a quiet appreciation for the time and the memories.

I sensed that this would be Dick Roll’s last year as Lehman’s football coach when I talked with him during a July passing scrimmage. For several years I’d given him the opportunity to share his future plans, and like Dick is prone to do, he would kind of give you some parameters and leave you to deduce for yourself.

He would say, “I’ll know when it’s time, and if you’re asking me if I’m coming back next year…yes, I’ll be back. There’s no end in sight,” and then give you that trademark smile that comes with any Dick Roll answer.

Last July he said about this season, and the obvious rebuild at Lehman, “This has been good for me. I’m excited. But…the end is in sight.”

Dick Roll is not the kind of guy you remember for the fact of his record, although his record over 16 seasons at Lehman has been good – really good (112 win and 67 losses) – given that the school has struggled with football numbers in recent years.

That never deterred him. He would just give you that look of his and say, “We’ll compete.” Less is more when he speaks.

He loved football, he loved kids, and he loved coaching. And, he was honest. If you asked him what he loved the most about football, kids, and coaching (which I once did) he would look you right in the eye and say, “I love the hitting.” And of course, the smile.

Lehman coach Dick Roll came to Lehman to take care of some ‘unfinished business’, and he did. He won an even 200 games, 112 as coach of the Cavaliers. 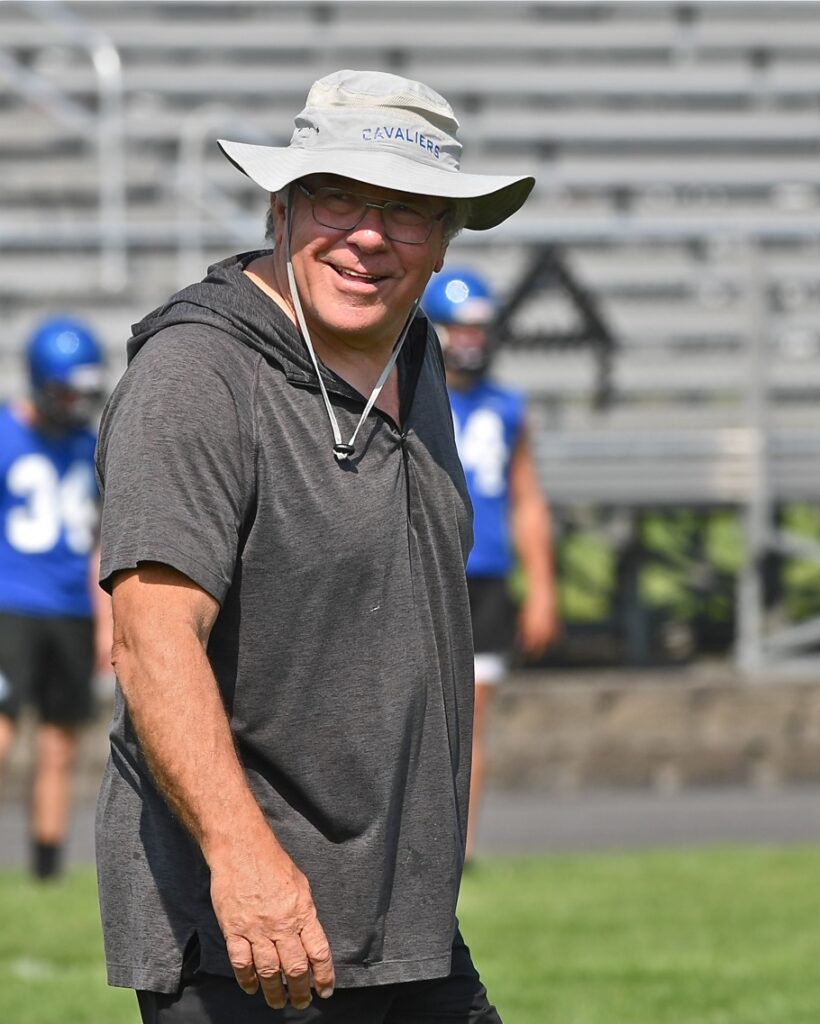 After sixteen seasons and 200 hundred wins, Dick Roll is stepping down as the coach of the Lehman Cavaliers.

He also loved Lehman, and the role as an underdog. I think he won one game on opening night in his sixteen years, because every year he had to gather the troops from the four winds, unsure of just who was coming back, who was coming in, and who might play what.

But by week two or three, he had coached his linemen and his running game up to play physical football, and from there he would take his chances against anyone. His kids rarely let him down. I once checked his winning percentage from week three through week ten and it was something like .750. Needless to say, they made the playoffs a lot during his time as coach.

What I’ll remember most about Roll was our first meeting, when in 2005, or there about, when he came from Plymouth High School in the Mansfield area to take over the football and athletic director position at Lehman. After a brief and quiet speech I approached him for some interview time. He was guarded, and truth be told I think he wondered…what’s there to ask? It’s my first day.

But over the years I think he began to trust the relationship, and with that came the real Roll personality. You could sit in his office at Lehman and chuckle all afternoon as he would quietly tell stories about playing for Al Hetrick at Versailles as a high schooler (he grew up in North Star)…and how he played with Ansonia coach Eugene Hoening at Wilmington College.

He appreciated coverage of his teams, and he appreciated fairness. He was fiercely loyal to Lehman and his conference affiliation with the Northwest Central Conference, and if you questioned him about its competitive virtues he could become defensive. Dick Roll, regardless of the record on the field, was a good company man off it. 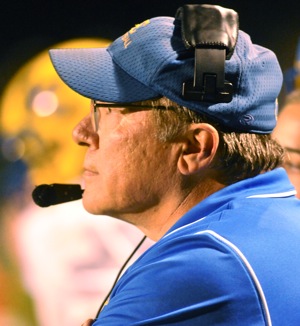 It was fun to watch him on the sidelines…because Roll never lost that adolescent excitement that comes with having played high school football – making the block that sprung the touchdown, or the tackle that saved one. He delighted in seeing his kids succeed, regardless of the opponent and the significance of the moment. Every game was an opportunity to learn and get better. And another truth be told, I think he still felt the thrill of putting on the pads, a helmet, and hitting!

He was a man of discipline, and he was a man of habit. If you hung around his office too long in the morning there would come a point where he would shoo you out.

“Hey, I’ve got to go to mass,” he told me once, interrupting a good story.

Which was fine, because Dick Roll provided plenty of good stories over the years if you knew when to ask.

I’m going to miss him. Thanks, Coach, for letting us hang around.

Note:  Due to a software issue, we apologize for the overnight interruption of service and the posting of this column.  We appreciate your indulgence. 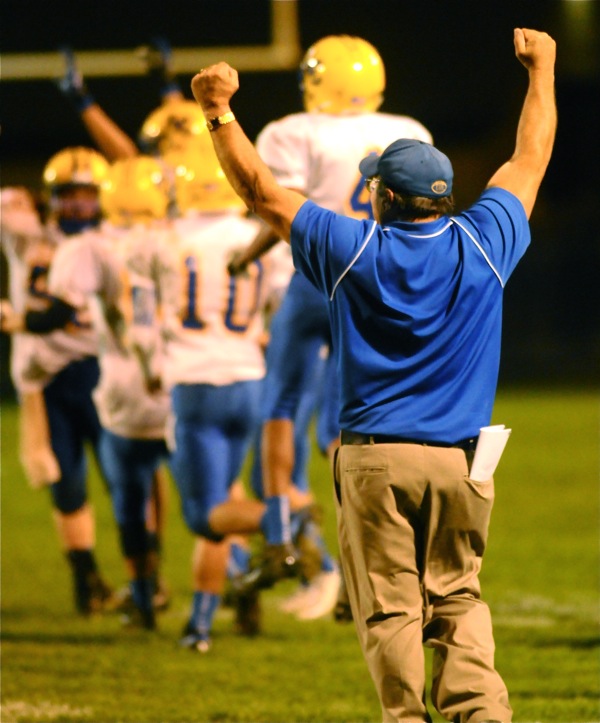 He loved football, he loved kids, and he loved coaching. If you asked him what he loved the most about football, kids, and coaching he would look you right in the eye and say, “I love the hitting.” (Press Pros Feature Photos)