The most recent comments received on fall sports from Press Pros readers everywhere, questioning MAC football, the Friday night ‘Picks’ page, and “is anyone in Columbus actually reading?”

As usual, the latest responses from Press Pros readers were honest, unfiltered, and a delight to receive with the advent of the 2021 OHSAA fall sports schedule.  Topic 1…the interest received statewide over MAC football is well ahead of schedule.

“From reading your site it would appear that the MAC is stronger than in recent years, with more competitive teams than just Marion Local and Coldwater.  Is this true, or is it just early?”  … Dennis (Cleveland, actually Cuyahoga Heights)

(Ed. Note:  Both.  Versailles would appear to be a player in Division V again.  And New Bremen and Anna would appear to be back in contention after their recent state title wins.  But to your point, the MAC in recent years has had more than just Marion and Coldwater when you consider title winners Minster (2014, ’16), Fort Recovery (2015), Anna (2019), and New Bremen in 2020.  And many believe St. Henry to be on the threshold again.)

“Excellent coverage of the St. Henry-Fort Frye game on Press Pros, and impressive that the MAC would have a media source travel that far to report on the game in person.”  … Doug Blankenship

(Ed. Note:  Actually, what’s more impressive is seeing the turnout at the state tournament when a MAC team plays.  Everyone shows up to watch – all ten schools.)

On our Friday night ‘Picks’ page:

“You seem to have a very good handle on making accurate picks on your Friday page.  How long have you done it, and how do you do it?  You’re a lot better than the newspapers.”  … John Montgomery

(Ed. Note:  We started in the fall of 2010 and have done it annually every year since.  How do we do it?  Largely by paying attention, and through excellent relationships with coaches in the area.  We actually spend as much time during the off-season as we do during football season, itself.)

“As to the individual who wrote in your recent Reader Speaks column to complain about picking high school football games, people have done it for years and no one that I can tell has been psychologically damaged.  One more thing for someone to bitch about?   First-time writer, and as you stated, it’s just entertainment.”  … Gary Zelinka

“I look forward to it (the Friday ‘Picks’) every week, and wish there was something like that about area football in southern Ohio.  As for being unfair to the kids, wait until they become adults and see what’s unfair then.  They’ll wish someone picking against them in a football game was the worst thing that could happen.”  … Russ Massey

Our coverage of high school football in central Ohio has people reading, yes, and liking it:

“While I know it’s a matter of business, I wonder about in a city the size of Columbus, and with its media resources, if anyone is actually reading about local high schools on Press Pros?” … Kevin Cooney

(Ed. Note:  The metrics say yes, with weekly increases.  If you do good games and do them well that’s all you worry about. People will read.   As to who’s actually reading,  I imagine it’s  people who aren’t being written about by the Columbus media.)

“Wondering about your reason for writing about old songs and musicians on a sports site.  Seems odd.”  … Don from Dayton

(Ed. Note:  Actually, we started doing it to commemorate the death date of people like Red Sovine, Ray Charles, and Dusty Springfield.  And having a background in music it didn’t seem at all  odd to me.  Over the years there’ve probably been a hundred people write to us to say they enjoyed hearing the story behind a favorite tune growing up.  That’s all it takes.  Many are called, you know…but few are chosen.  Think about that.)

“It was great to read Greg Hoard again on Press Pros this week (Shoosh, And Let The Game Do The Talking).  I enjoy his writing, and wish he could write more often.”  … David Delawder

“First-time writer and wanted to comment on your mention of Jimmy Piersall in the August 24 Reader Speaks page.  It brought back memories of Piersall as a broadcaster for the White Sox in the early 80s.  He worked with Harry Caray and always told the truth about what he observed on the field.  He told the truth so much, in fact, that the club fired him after about four years.  But Piersall also talked frequently about his issues with being bi-polar, and always made it a point to say it was his problem without blaming anyone.  He never sought pity, and took responsibility for getting himself better.  Ted Williams once said that he was the best centerfielder he ever saw, and this was during the days of Mantle and Mays.  He was outspoken, entertaining, and once ran the bases backwards (reverse order) after hitting a home run and was called out.  Later he hit his 100th career home run and he ran them in the correct order, but still ran backwards.  Thanks for the memories!” … D.L. Nicholson 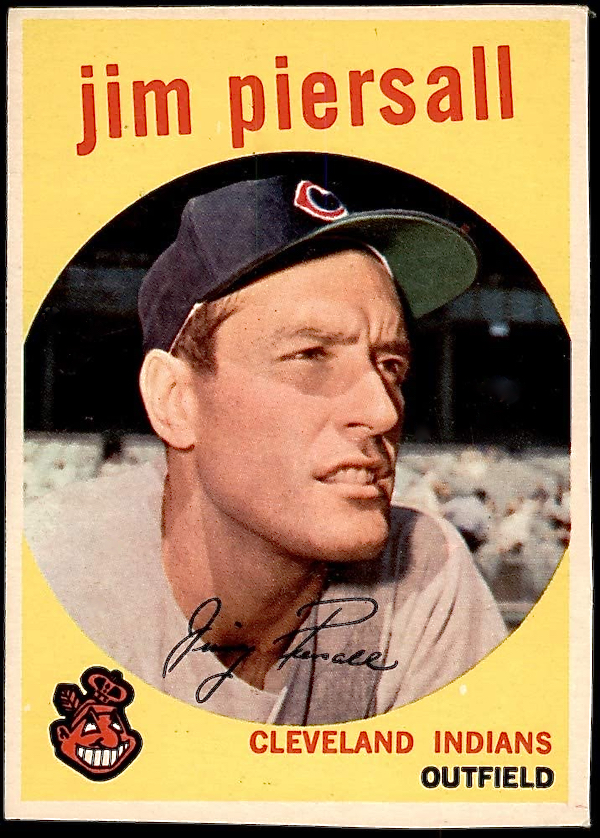