It was an honest, straight-forward question that a professional athlete should expect from a professional journalist.  And from it tennis star Naomi Osaka revealed just how fragile we’ve become as a culture, regarding sports, mental health…just about everything.

In a press conference Monday afternoon outside Cincinnati, tennis star Naomi Osaka burst into tears and left the room after an encounter with Cincinnati Enquirer columnist Paul Daugherty.

Daugherty asked her this question:  “You’re not crazy about dealing with us, especially in this format, yet you have a lot of outside interests that are served by having a media platform.  I guess my question is, how do you balance the two, and also do you have anything you’d like to share with us about what you did say to Simone Biles?”

For some back story, Osaka withdrew from the French Open back in May, citing mental health reasons brought on from dealing with pressure and scrutiny by the media.  Monday marked her first such press encounter since May.

After gathering herself for a few moments, she sought to answer Daugherty in the following manner.

“When you say I’m ‘not crazy about dealing with you guys,’ Osaka said, “what does that refer to?

“For me, I feel like, this is something that…I can’t really speak for everybody, I can only speak for myself.  But ever since I was younger, I’ve had a lot of media interest on me, and I think it’s because of my background as well, as you know, how I play, because in the first place I am a tennis player, that’s why a lot of people are interested in me. So I would say, in that regards, I’m quite different to a lot of people and I can’t really help that there’s are some things that I tweet or some things that I say that kind of create a lot of news articles or things like that. And I know that it’s because I’ve won a couple of Grand Slams and I’ve gotten to do a lot of press conferences that these things happen. But I would also say, I’m not really sure how to balance the two, I am figuring it out at the same time as you are, I would say.”

Upon finishing she left the room in tears, only to return a few minutes later to conclude her press availability as quickly as possible.  Her agent subsequently threw fuel on the fire by calling out Daugherty in a text, calling him a ‘bully’, and adding, “this is why player/media relations are so fraught right now.”

That’s his opinion, of course.

But Daugherty, one of the country’s best writers, did not bully Osaka.  He just asked in a statement of fact…how do you balance what you’ve become with how you’ve gotten here, because like other sports personalities, she’s benefited from the media more than she’s suffered.  To put it in more generational terms, P.T. Barnum was fond of saying, “There’s no such thing as bad publicity.”

In his Tuesday column Daugherty shared that he thought her answer was “honest, thoughtful…and unlike any answer I’ve ever gotten in 34 years covering sports in Cincinnati.”

No argument there, but I will add that I talk to a lot of high school football coaches that would have answered his question this way, and would have made the point while minimizing the stress:  “It’s a work in progress.”

I won’t say that athletes like Osaka make a mountain out of mole hill through the culture of modern sports media…but it’s in the foothills.  And her reaction reveals just how sensitive we’ve all become….to everything!  Race, gender, Democrat, Republican, bald or obese…we take issue with it all, even when there is no issue.  Not a problem?  We’ll make one!

We’ve worked so hard to become empathetic and homogenized that we’ve lost the respect for our differences.  God forbid you even bring it up. 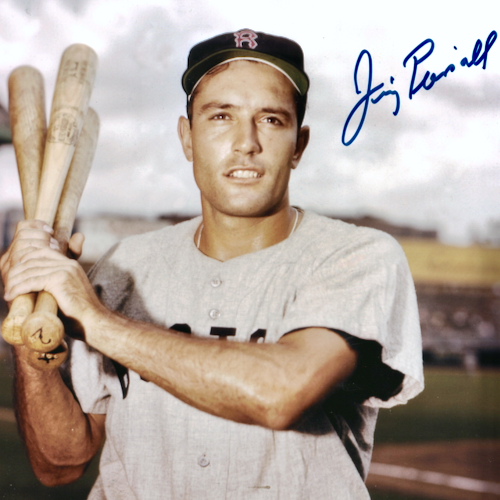 Red Sox rookie Jimmy Piersall came back from a bipolar disorder to have a successful major league career and post-baseball impact.

If Naomi Osaka is sensitive to dealing with the press, I can live with that.  There are other stories, and an individual’s right to exist does supersede the public’s right to know.

But if you show up for the media – that platform from which every athlete of note seems to somehow benefit – you take what comes, or simply make yourself unavailable, like hall of fame pitcher Steve Carlton.  That’s OK, too.  Tomorrow comes, all the same.

By contrast, in 1952 when Boston Red Sox rookie Jimmy Piersall was forced to leave baseball because of mental illness the fans were unmerciful, the press unrelenting.  As it turned out, Piersall had a bipolar disorder, he dealt with it, and returned to baseball to have a successful 17-year career.  His story later led to a best-selling book Fear Strikes Out, and a popular movie of the same title.  He died in 2017 at age 87, but later in life claimed that his experience helped him become a better person because “I came to understand that people weren’t being cruel when they yelled at me…they just didn’t understand.”

Whatever Jimmy Piersall had back then we need a lot of today.  For years he talked openly about his condition to anyone who walked up to him and asked what it was like to get help…that they might need some, too.  Piersall was self-deprecating, good to listen, and patient to explain.  He never claimed to have a platform.

He never hid.  And he never called anyone a bully.