Ron Duncan Passes: “He Touched Us All”

Veteran official and assigner Ron Duncan has passed, leaving a legacy of a life in sports well lived, and a whole lot of people who benefited from either working with him…or by calling him friend.

Dayton, OH – Ron Duncan passed away Wednesday morning after a year-long fight with cancer, remembered among Miami Valley sports officials – referees and umpires – as one of the best of his era.  He was just two weeks short of his 91st birthday.

Born August 25th, 1930, he dedicated 53 years to football, basketball and baseball officiating, driving thousands of miles and working thousands of games.  “More games than I can remember, even if I wanted to,”  he shared with me last September.  And remarkably, he worked up until his 90th year.  This past spring’s baseball season was the first he missed since he started.

“He touched us all,”  said veteran Miami Valley official Kevin Forror recently.  “Anyone who ever worked with Ron came away impressed with his commitment to his craft.  He was one of the first in this area to really take officiating seriously.”

“People noticed Ron when he worked,”  says another partner from his era, Steve Partington.  “He set a standard by which many of us followed.  He was good, he was fair, and he was dependable.  But the best thing I can say about Ron was…he was a friend.” 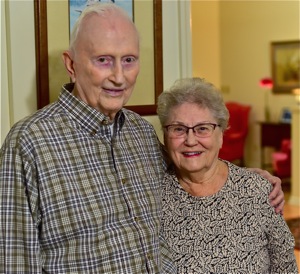 Ron Duncan with his wife of 69 years, Faye.

He shares a birthday with actor Sean Connery (August 25, 1930), and other notables, including composer Leonard Bernstein, TV personality Regis Philbin, and whiskey magnate Jim Beam.  And he recently joked that while sharing the date was gratifying, it was more satisfying to say that he’d outlived them all.  Ron Duncan had a wonderful sense of humor.

He also had the honor of having worked more OHSAA state baseball Finals in succession than anyone in the history of Ohio baseball, a mark that will NEVER be broken – 21 consecutive years, the last coming in June of 2001.  In comparative terms, he was the Doug Harvey of Ohio high school baseball umpires.

“I know it won’t be broken,” he laughed during our interview time together this past September.  “They changed the rule in 2002.  No one can work in consecutive years anymore.”

“He gave me my start in officiating,”  says son Joe, who worked football in the MAC and Big Ten conferences for a quarter of a century, before retiring six years ago.

“On the same day I got my officiating license Dad was working a game in St. Henry, and as it turned out they were short a line judge.  So he said to me, ‘You’re the line judge tonight.’  That was all there was to it and no one gave it second thought back then.  It wouldn’t be that way now.”

For the past three decades he’s assigned officials for the GWOC, the Western Ohio League, the Cross County Conference…and is a member of three halls of fame – including the OHSAA Officials Hall of Fame and the Miami Valley Baseball Coaches Hall of Fame.  But when you talked with Ron he made the point…that the game, and not the $25 he made working, was always his highest priority. 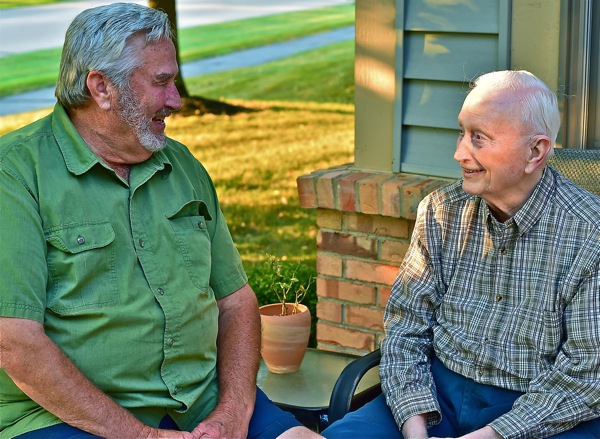 “I’ll tell ya’, I met him once, in a restaurant in Phoenix during spring training,”  says hall of fame writer and Press Pros columnist Hal McCoy.  “And I knew immediately that he was knowledgeable, he had integrity, and that he loved baseball.  And over the years since every time I mentioned Ron’s name to someone they told me that he was a great official – fair, committed, and a good guy, to boot.”

My personal most memorable moment with Duncan came at the last state baseball tournament held in Columbus in 2018.  During a rain delay Duncan and I talked about umpiring and I shared some of my own experiences from eight years of working professionally in the minor leagues.  I asked him how he coped with missing a call…because everyone who’s ever worn the mask has missed a few.

“On your worst day,”  he said.  “…on your worst day you’re going to be right 75% of the time as an umpire.  What player can say that?  Because even a .300 hitter fails 70% of the time.  When you think of it that way…the officiating is always better than the baseball, itself.”

With sincerest condolences to his family and the thousands of people he touched, I’m going to miss that.

Every one of us who knew him…is going to miss Ron Duncan! 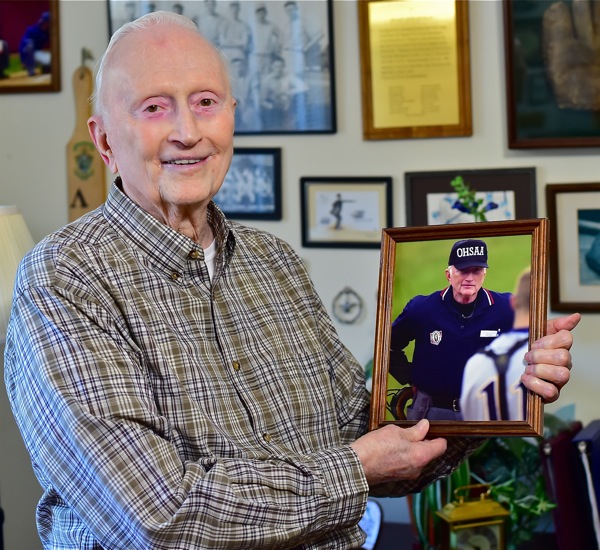