Division I: Close, And A Cigar…New Albany Wins

It was wide open for five innings, and then Elder made it interesting.  But New Albany coach Dave Starling had it pegged about right.  His starter delivered, his offense produced, and his bullpen finally nailed down the 2021 Division I title in a wild finish.

Akron, OH – In all of his 530 career wins New Albany coach Dave Starling never had one with more cardio vascular overtones.

Sunday’s Division I finale with Cincinnati Elder, the standard in OHSAA baseball title appearances..and titles…saw to it.

Down 6-1 entering the bottom of the sixth inning, Elder (25-9) came storming back against Starling’s bullpen – first Caden Robinson, then Andrew Trybus, and finally Brady Conley to restore some order.  And by the time Conley had retired Elder’s Brennan Martin for the final out Elder had whittled that comfortable five-run lead to one…6-5.

After the Eagles (29-5) went quietly in their half of the seventh, Conley came back out for the most important three outs of his life – the most important since 2004, the last time…the only time…New Albany had previously won the state title in baseball.

Zak Schlachter led off the bottom of the seventh for Elder and grounded out to second.

Brian Weber came up next and hit a towering pop foul to third base. 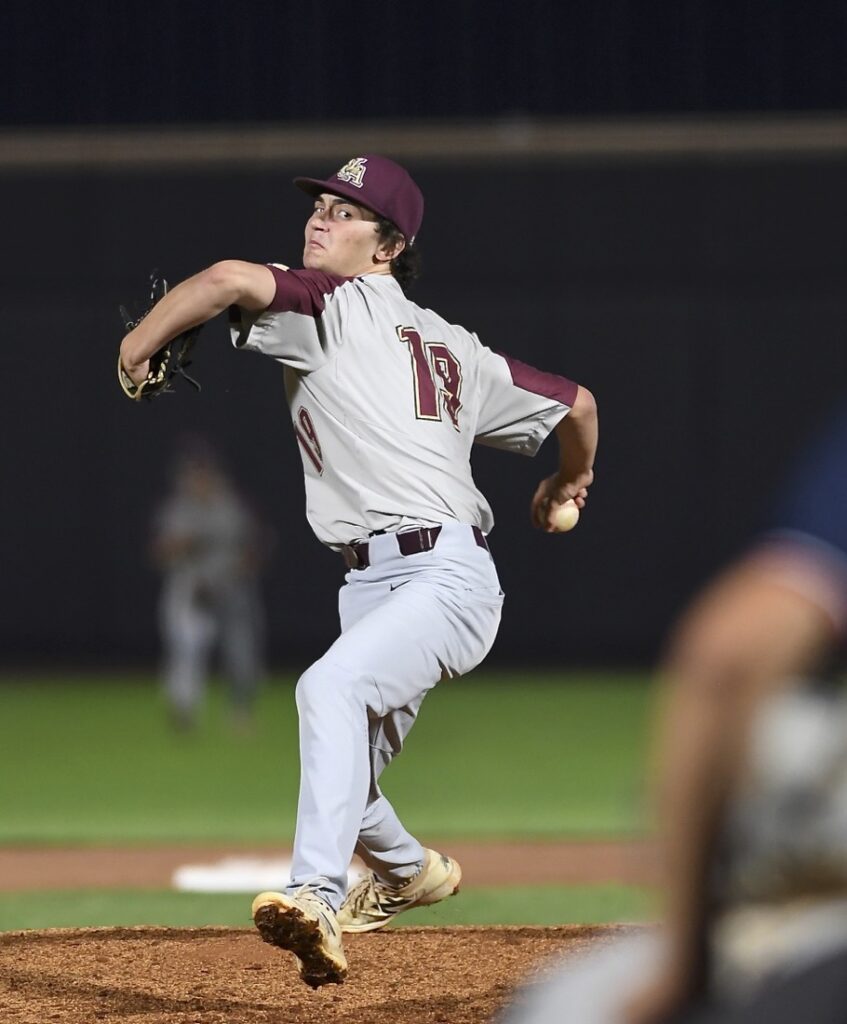 Starter Elijah Griffith pitched with the lead into the sixth, allowing two hits and striking out seven.

And Jeremy Ward, representing the Panthers’ last hope, struck out on four pitches.

Someone put it this way.  It was close, and they got the cigar, too.

Starling had said twenty four hours earlier, following the semi-final win over Walsh Jesuit, that if starting pitcher Elijah Griffith could get them into the fifth he felt good about their chances – that the offense would produce, and his bullpen would be rested and ready.

Griffith delivered, pitching into the fifth with the lead, throwing 94 pitches, allowing just two hits, and a single run in the first inning.

The offense did its part in the top of the first.

They started with three consecutive singles off Elder starter Kellen Sandhas – Andrew Ecleberry, Eli Henderson, and Brock Tibbits – before Oliver Cush crushed a triple to right center.  Before Elder could literally turn purple…they were down 3-0.

Griffith did blink in the bottom of the first, giving up a run on a hit and a error, but he had a 3-1 lead going to the second.

Starling kept barking in the dugout that it would be a long game.  “We have to add on,”  he said.  And they did. 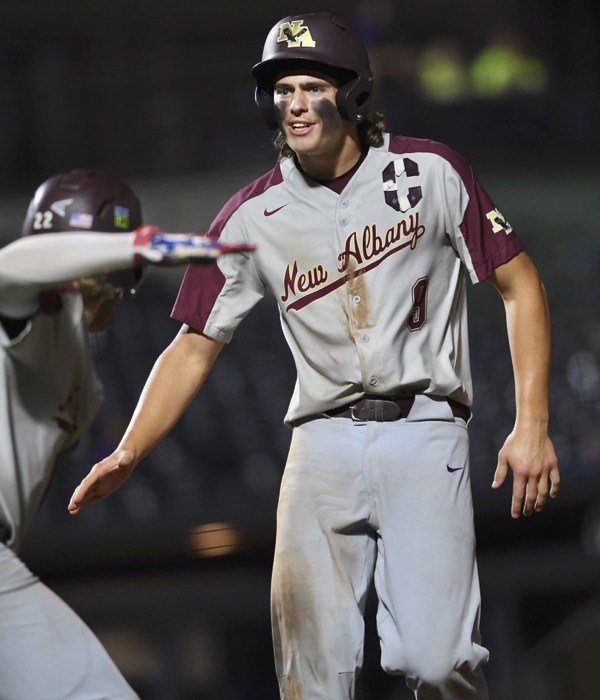 Catcher Brock Tibbits crosses the plate with a run in the Eagles’ two-run third.

They scored a pair of runs in the third, chasing Sandhas, added another in the fourth, and with Griffith throwing strikes and pitching to contact Elder looked something less than the favored team.  But when Griffith hit the 90-pitch mark at the end of the fifth Starling felt compelled to go to his bullpen.

Caden Robinson didn’t throw strikes, walking a pair, and throwing 25 pitches to the four batters he faced.  Three of the four reached and would eventually score.

On came Trybus, who didn’t throw ‘outs’.  He faced three, didn’t retire any of them, giving up three hits.

On came Conley to retire the final two outs in the inning, Jackson Grimmelsman and Brennan Martin, and looked as cool as the Frigidaire doing it.  But still, there remained the final three outs.  And when Jeremy Ward swung through a high fastball for the third strike and the final out…Albany’s senior closer fired his glove to the ground and a second later became a cornerstone to the traditional dog pile in the middle of the infield.

It was trophy time, the closest thing the OHSAA had to a Monte Cristo Churchill, and that suited Starling and the Eagles just fine.

It was the second title in as many Finals appearances, the other being in 2004.  You can’t be more efficient unless you consider their final line.  The Eagles won it with 6 runs on 7 hits, committed a pair of errors and left 9 men on base. 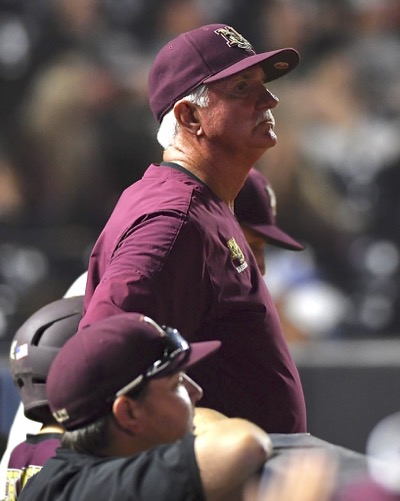 Dave Starling looked for good starting pitching, enough offense, and his closer at the end. He got all three.

Elder, seeking its 13th title all-time, settled for their fourth runner-up trophy.  The Panthers had 5 runs on 6 hits, and likewise had 2 errors and 8 men left on base.

Oliver Cush had the big triple in the first and drove in a pair of runs.

Ian Hoff, playing first base, was 1 for 3 and drove in a pair of runs.

Those were the hitting stars.

But to a man they all had to nod that Brady Conley was again the right man at the right time, retiring the final five outs when it looked like there was no one in Ohio that turn off the tap against Elder.

It was a cardio moment, alright, but in the end it made Dave Starling look like a prophet.

Elijah Griffith got them through the fifth.

And Brady Conley fulfilled the confidence of his coach and teammates.

New Albany is the OHSAA Division I champion for 2021! 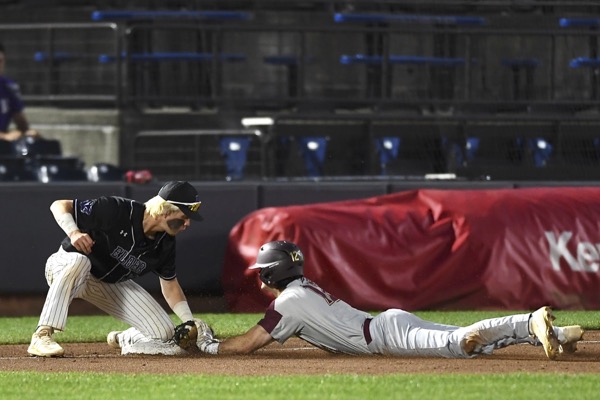 Oliver Cush’s triple was the big blow in the Eagles’ three-run first. 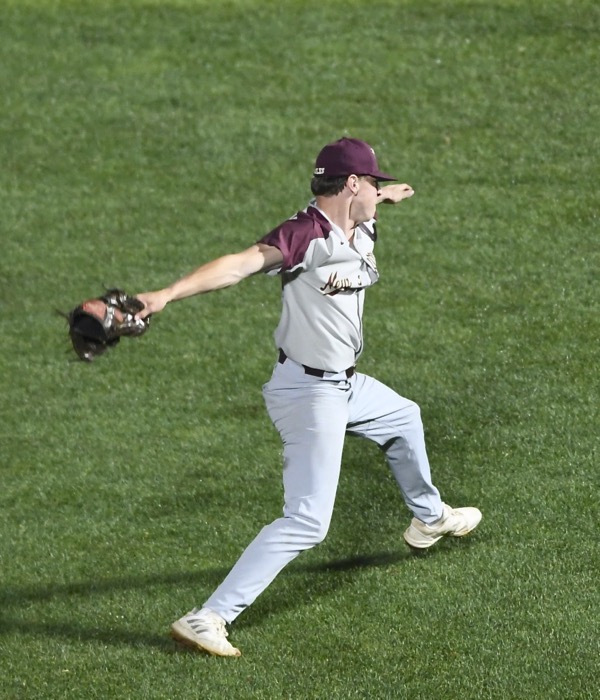 Closer Brady Conley fires his glove to the ground after retiring the final out of Sunday's 6-5 title win over 12-time champion Elder. (Press Pros Feature Photos by Sonny Fulks)