Blackledge: The Truth Of The Matter Lies Somewhere In Between

According to survey, the percentage of coaches favoring playoff expansion to those who don’t is about 50-50.  But the inconsistencies between stories, and demographics, and regions of the state lead one believe that we might never know the truth.

Columbus – Some coaches insist that Ohio High School Athletic Association’s decision Thursday to expand the football playoffs to 16 teams per region is a blatant money grab. Another faction subscribes to “the more the merrier” approach. But the truth of the matter is the majority lies somewhere in between.

In previous years, the Ohio High School Football Coaches Association lobbied aggressively for an expansion of the field. But this time around, the group feels the state’s governing body ignored its advice in instituting a system that effectively will put nearly 65 percent of the teams – and virtually every Division I team – in the postseason.

During a 2020 season marred by COVID-19 exposures and various school districts imposing lengthy pauses recommended by local health officials, the OHSAA decided to shorten the regular season, scrap the Harbin computer ratings system and allow every team to participate in the playoffs. The plan received “overwhelmingly positive feedback” from school officials, according to OHSAA executive director Doug Ute.

Subsequently, in the spring of 2020 the OHSAA approved a playoff expansion from eight to 12 teams per region, with the top four seeded teams earning first-round byes, starting in 2021. The OHSFCA recommended and endorsed the move.

Hence, the coaches were taken aback when the OHSAA announced that its Board of Directors had voted 9-0 to approve a plan for expanding to 16 teams per region.

In response, the OHSFCA Board of Directors issued this release late Thursday:

“The decision by the OHSAA to expand to expand to a 16-team playoff format is met with complete dismay by the OHSFCA. The OHSAA failed to work in good faith with our association. The OHSFCA worked for over two years to create a viable expansion of the playoff system. The OHSFCA proposed the playoff expansion to 12 teams in January of 2020. The OHSAA approved this expansion in the spring of 2020 for the 2021 season. We are extremely disappointed in yesterday’s vote by the OHSAA without consulting the OHFSCA. It is abundantly clear that this decision is financially motivated. The OHSFCA remains committed to working with the OHSAA and anyone else who is committed to maintaining the high standards of Ohio high school football.”

Arbogast Ford, in Troy, is proud to support your favorite sports on Press Pros Magazine.

Leaders of the coaches group met with OHSAA senior director of officiating and sports management Beau Rugg earlier in 2021 and adamantly communicated that it preferred a 12-team format.

Typically, recommendations from coaches associations in all sports hold great significance with the OHSAA and governing bodies of other states when instituting rules, regulations and policies. But this time, the OHSAA overrode the wishes of the football coaches.

According to an OHSFCA officer, the vote for 12-team regions as opposed to 16-team regions was roughly 55 percent to 45 percent.

An unscientific Twitter survey of fans by ThisWeek Newspapers in Columbus indicated that 56 percent of readers preferred an eight-team regional format while the 12- and 16-team formats received 22 percent each. 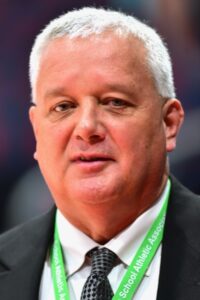 “While the increase in football games could result in more revenue for the OHSAA, which is used to support all 26 OHSAA sanctioned sports, the decision was not based solely on financial reasons.” – Doug Ute

Ute, on Friday issued this rebuttal to the coaches:

“The OHSAA has appreciated the input from the Ohio High School Football Coaches Association regarding playoff expansion and we understand that the OHSFCA leadership was not in favor of expanding to 16 qualifying schools per region. However, the OHSAA Board of Directors and the OHSAA staff felt strongly about giving playoff opportunities to more schools, which was evidenced in 2020 when every school had the opportunity to enter the playoffs. While the OHSFCA was in favor of expanding to 12 teams per region that included a bye for the top four seeds, the message we received last year was overwhelmingly positive on giving more schools a postseason opportunity, which is how every other OHSAA sport has been conducted for decades. While the increase in football games could result in more revenue for our schools and the OHSAA, which is used to support all 26 OHSAA-sanctioned sports, the decision was not based solely on financial reasons. In fact, increasing revenues is not even a certainty since state capacity limits may still be in place next fall and/or spectators may not necessarily feel comfortable returning to support their teams in person.”

The OHSAA, a non-profit organization that lost an estimated $1.5 to $2 million dollars in revenue since the pandemic hit in winter of 2020, receives all gate receipts from postseason games. Host schools benefit from concessions and program sales.

The regular season will begin Aug. 20. The six-week playoff tournament will begin Oct. 29 and conclude with the finals being held Dec. 2 to 5 at a site (or multiple sites) yet to be determined.

Coaches in central Ohio have mixed feelings about the expansion.

“A year ago, we were just about in tears almost having football taken away (by COVID) so I think the complaints are unjustified,” Hartley coach Brad Burchfield said. “I can’t say I’m passionate about expansion one way or the other, but I’m all about opportunities for kids and now more of them are being offered. The consternation isn’t so much about the expansion itself, it’s the fact that the coaches felt betrayed.”

As for the argument of the expansion creating potential first-round mismatches, Burchfield was quick to point out that the big-school state championship game featured a running clock for a 30-points-plus margin. In fact, four of the seven title games at one point or another did. 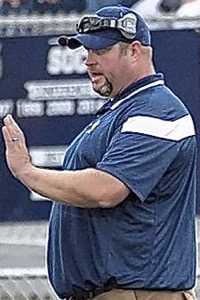 “Is losing 73-0 good for kids?  This is not about kids at all.  It’s about money for the OHSAA.”  –  Grandview coach Jason Peters

Many long-struggling teams in the City League got their first opportunity in 2020 to soak in the postseason experience. Because of a district pause, those teams played roughly half the games as its counterparts.

“This is definitely a positive thing as far as the City League is concerned,” Whetstone coach Tom Jones said. “In the past, some of the league’s better teams – maybe perennial 7-3 or 8-2 teams – have been left out of playoffs by one or two spots in the computer ratings, and that was no fault of theirs because of the league competition they faced.

“Frankly, I am worried about the mismatches. The thought of a No. 1 seed vs. a No. 16 is scary. The idea of 12 teams with the top four getting byes would create much better matchups, but in the big picture I suppose more teams getting an opportunity is better.”

Grandview coach Jason Peters said he much preferred the eight-team-per-region format that was in effect from 1999 to 2019.

“There’s no question at all that this is all about the money for the OHSAA,” Peters said. “I realize they’re in financial trouble, but this is not about the kids at all. We saw last year what happened when lower seeds face higher ones in these first-round matchups. It’s only going to be worse now. Is losing 73-0 good for kids? And how many fans are going to want to go those blowout games? For the OHSAA to sit up on their high horse and not consider our advice is disgusting.”