For Some Friends…And Those Who Still Hear The Guns

A trip to Maryland is not complete with baseball alone.  No, there has to be some history, and a trip to Antietam battlefield.

Largely, I do this for friends Bill Wells, Tom Randall, and Terry Peake, who accompanied me on the last Buckeye baseball trip to Maryland in April of 2019.

We took a day trip back to then to the Antietam Civil War battlefield in nearby Sharpsburg, Maryland, which by all accounts time and culture have pretty much left alone since September 17, 1862, year two of the bloody conflict between the North and South.

If you haven’t been there, haven’t done it, you should.  If you don’t know, you need to read.  If you aren’t aware of local history in the Miami Valley, you’ll be surprised to know that some of the names familiar to the Miami Valley – Mumma, Miller, and Lavy – have their roots here on this battlefield.  Their ancestors fled prior to the fighting 159 years ago to settle in safer, more peaceable surroundings.

Today, it looks much the same as it did then, expertly managed by the United State Department of Parks, and beautiful this weekend in an April splendor of green grass and wildflowers.

But on that fateful day of September 17, it was anything but beautiful, or peaceful.  For on that day 23,000 combined casualties from both sides gave Antietam the distinction of being the bloodiest single day of the Civil War. 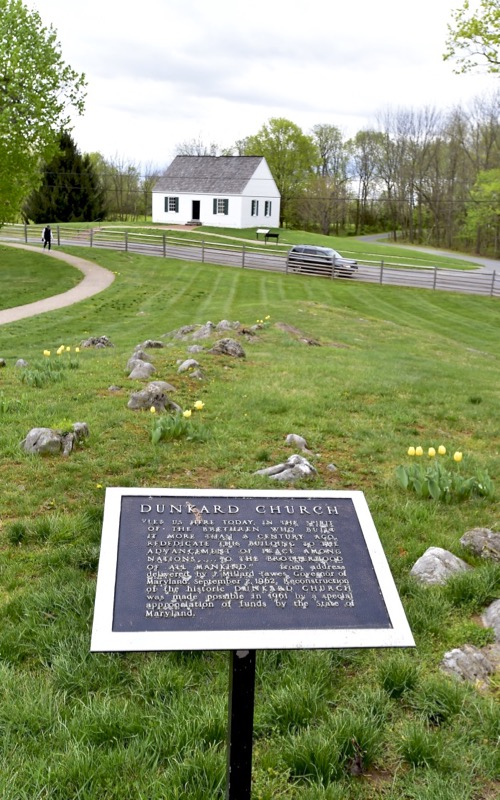 The Dunker Church was the focal point of fighting on the morning of September 17, 1862.

Ironically, an hour north and east, in Gettysburg, Pennsylvania, a year later, 58,563 would fall in a three-day carnage that dwarfed the horrors of Antietam – the bloodiest event ever on United States soil.

But for that one day….

The dead lay so thick along the Hagerstown Pike that one veteran later remembered that “you could walk along the road and never touch ground, stepping from one dead body to another.”

In what’s now called the ‘Bloody Lane’, an old service road adjacent to the Roulette farm in the center of the battlefield, the Confederate dead lay six feet deep in the worn trench that absorbed repeated assaults from General Israel Richardson and the Union Sixth Corps.

Sobering to think of now, as is a visit to the national military cemetery that sits along route 34, on the city limits of Sparpsburg.  5,000 Union veterans rest there, casualties of the battle, along with three Confederates, who were never returned to their native soil.

Wells, Randall, and Peake could not make the trip this year, but in their place Press Pros associate Tim Boeckman rode along, and confessed, “It’s something (Antietam) I’ve always wanted to see.”  He wasn’t disappointed, the highlight being the historic Burnside Bridge that spans Antietam Creek on the battlefield’s south boundary.

If ground and flora could talk…..

And for those who’ve never been, those with a bent for history…put a trip to Antietam, Boonesboro, Middletown, Winchester, New Market, and other Shenandoah Valley ‘burgs on your bucket list.  The history of this place is so compelling you’ll swear that time has stood still…and that you can still hear the guns.

As for Wells, Randall, and Peake, the Battlefield Deli was as good as ever – the Robert E. Lee hamburger and the She Crab Soup.

Now…if the Buckeyes could just win a series. 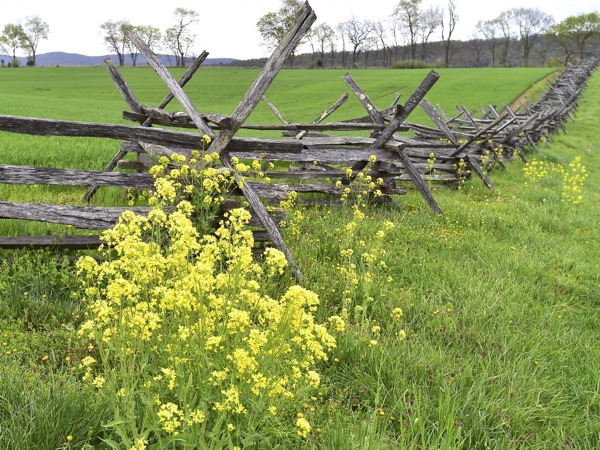 The split-rail fence along the Mumma farm portrays the landscape as it was 159 years ago. 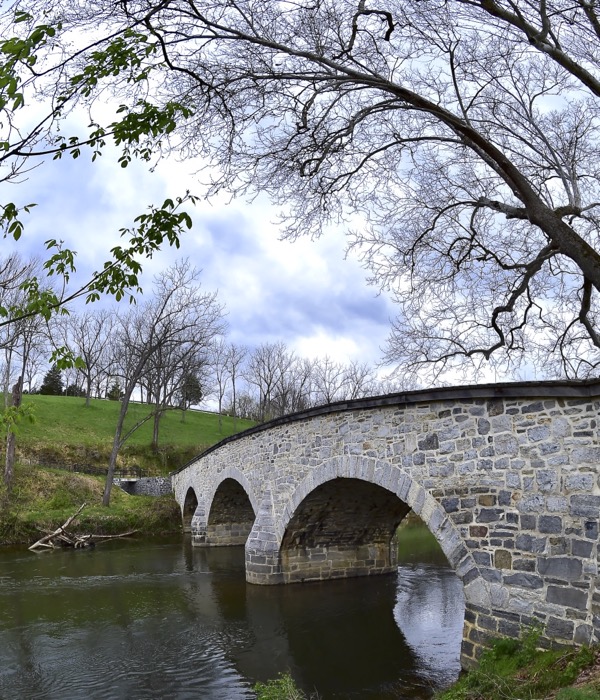