Nothing is more fun to catch and better in the frying pan.  The spring walleye run is on in Ohio lakes and rivers and as popular as any land sport you can find.

We each have our own idea of when spring springs. For some, it’s a date on the calendar, blooming daffodils, yard-hopping robins, soaring vultures or popping morels that signal the season. But if you’re an Ohio angler, it’s likely the walleye that announces that the weather has made its equinoctial shift.

Walleye; also called pickerel, yellow pike, or walleyed pike, is a member of the perch family and not a pike at all. Its cousins include the yellow perch, sauger, and the extinct blue pike. It’s native to Lake Erie and the Ohio River but has also been stocked in many bodies of water around the state.

Its name is derived from the large eyes that appear to be clouded sitting just above a mouth full of needle-sharp teeth designed for its predatory lifestyle. The tail sports a white spot at the bottom, an identification giveaway seen while coaxing the fish to your net. 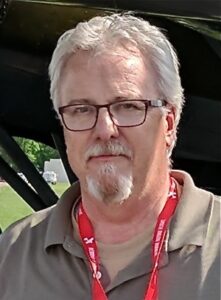 Averaging fourteen to twenty-two inches long, Ohio’s state record was caught in Lake Erie in 1999 and measured 33 inches, weighing 16.19 pounds. That’s still shy of the 25-pound, 41-inch behemoth landed in 1960 in Tennessee, but records are made to be broken. Who knows what trophies are cruising deep below Ohio’s waves?

Walleye are free spawners, depositing their eggs in the riffle areas of tributary streams or over gravel and rocky reefs of Lake Erie. Two of the best-known spawning runs occur in the Maumee River in Lucas and Wood counties and the Sandusky River in Fremont. The migration begins in mid-March and can last into the first week of May, turning Perrysburg, Maumee, and Fremont into a fisherman’s fantasy.

These runs depend on weather, water levels and temperatures. Ideally, the water needs to be high enough so that the fish can feel the flow and pull of the current. Water temperatures between 40 – 50 degrees serve fish and angler well. The trick is not to judge the fishing so much by rain, snow or the chill in the air but by keeping a close eye on the water’s temperature.

The most popular angling method is by using a spin-fishing rod and reel while wading and the preferred fishing lure continues to be the Carolina rig. It’s a floating jig head with a weight tied a distance in front of it. The weight takes the jig to the bottom, allowing it to trail freely above. A fluorescent red, orange, yellow or chartreuse twister tail on the hook completes the rig.

Special regulations are in place during the peak run from March 1 until May 1, including only one hook per line with no more than a half-inch gap between point and shank and fish must be hooked inside the mouth. The limit is six fish that are at least 15 inches long. Review the latest fishing regulations before you go at wildlife.ohiodnr.gov.

Keeping those regulations in mind is a good idea while visiting the area, too. Everybody wading the rivers and bouncing on the waves knows that wildlife officers are out there. Some fishing amidst the throngs, others vigilantly watching through spotting scopes, waiting at docks and patrolling the waves.

They know that the officers are necessary because they’ve seen both waders and boaters unloading fish at shore then returning for a second helping…or three. They’ve seen the infamous “snag and drag’’ as walleye are yanked out of the water by their tail and they’ve witnessed fish being passed off to others.

They’ve heard the rumors of fish sales being made out of truck beds, motel rooms and camping sites. They’ve seen the litterers, the drunkards and the occasional fisticuffs. Most are also happy to see wildlife officers because; like a cop walking the beat or running radar, they keep the game honest and safer.

They know it’s effective because they’ve also watched as wildlife officers nabbed the bad guys and escorted them to courthouses and police departments to post bond and they’ve read the news about served search warrants and confiscated boats. They’ve felt the over-watch in action and spoken to the officers while traveling along the lake and rivers.

Of course, having the officers around doesn’t worry most anglers at all. They know the laws, pick up after themselves and just smile when they spot an officer nab some ne’er-do-well who ignored the regulations. When illegal activity is spotted; especially sales, anglers are encouraged to report the poaching crime to 1-800-POACHER (762-2437).

“The act of fishing – for fish, dreams, or whatever magic is available – is enough.” – Fennel Hudson 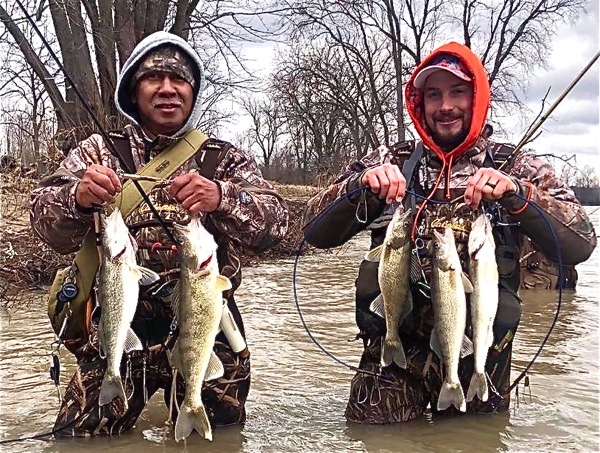 A pair of Ohio anglers show the return from an afternoon of fishing the Maumee River. (Photos Provided by Author