Masters Of Survival, Central Comes Up Short To Centerville

Given how it survived in the district and regional, the final seconds of the state championship seemed tailored to Westerville Central’s liking until the script shifted at the worst possible time for the Warhawks.

We got cheated last year out of the nerve-jangling thrill ride a state basketball championship game can be, so it’s fitting that the final title of this March came packed with all the pulse-pounding intrigue such a high-stakes showdown can offer.

Somebody was going to hoist the first such trophy in school history Sunday night at the University of Dayton Arena, and only one point separated Westerville Central and Centerville with 2.3 ticks left on the clock and the Division I crown on the line.

All the jabs and hooks and haymakers had already been thrown, and while both teams had been staggered, neither had folded nor stayed down for the count.

That would happen only after Landon Tillman’s right-corner jumper from a difficult angle kicked off the front of the rim as the buzzer sounded, leaving Centerville the survivor as much as the victor in a 43-42 final.

Tasos Cook, the miracle man whose half-court shot at the horn had lifted Central to the regional championship last week, bowed in disbelief at the elbow of the lane.

Teammate M.J. Davis sat disconsolate, slumped against the first row of the press table, five feet out of bounds.

Tillman, who’d heroically shot Central past Pickerington North on virtually the same shot in the same situation to win the Central District, stared at the floor in silence as the crushing reality of the outcome set in.

“I had a tough angle,” Tillman said. “Unfortunately, it went too much to the left as I was fading into the corner. It just…”

No other words were necessary at the finale of the finest season in Westerville Central history, one marred only by two one-point losses after a 7-0 start, and now another one-point dagger of a defeat at the end of a 15-0 run to the state championship game. 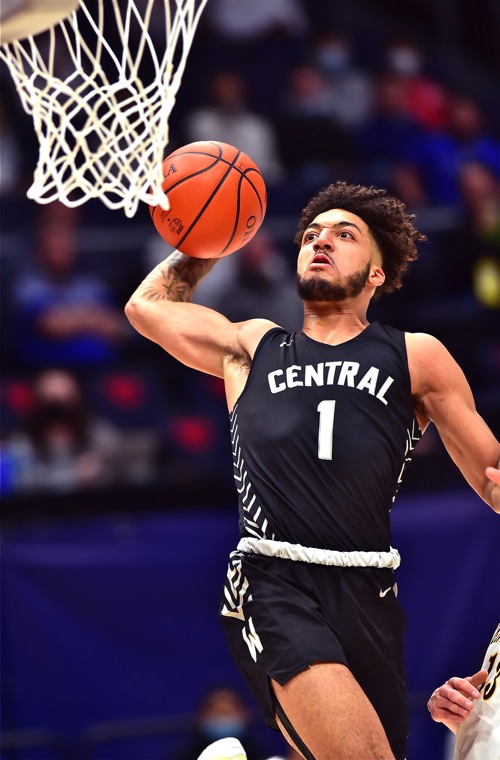 Limited by leg cramps, Central’s Tasos Cook went with out with a slam…and 14 points in his final high school appearance.

The Warhawks (22-3) had won twice in the tournament in games decided by a single possession, so they had reason to believe another such escape was in the offing.

“I feel we definitely had the confidence,” Cook said. “We’ve done this before. We’ve been in this position before and we’ve gotten it done before. Coach looked at me and said we were gonna make the shot. I completely believed him.

The Elks made everything hard until Central unfurled an 11-0 fourth-quarter run to take a 39-34 lead.

“We got in a flow and started playing the way we’re capable,” Warhawks coach Kevin Martin said. “Our movement, our spacing, our screening was much better. We weren’t over-dribbling. We finally started to put the ball in guys hands where it needed to be to get the opportunity to score from the perimeter.”

Cook, Tillman and Davis each hit triples Central’s flurry, but as quickly as that momentum shifted, it shifted back to the Elks (26-3).

“They took a timeout and we talked about it being a pivotal moment in the game for us,” Martin said. “We’re up five; it’s their ball. If we get another stop, who knows what happens. If we come down and score again, maybe it changes the dynamic in the game.” 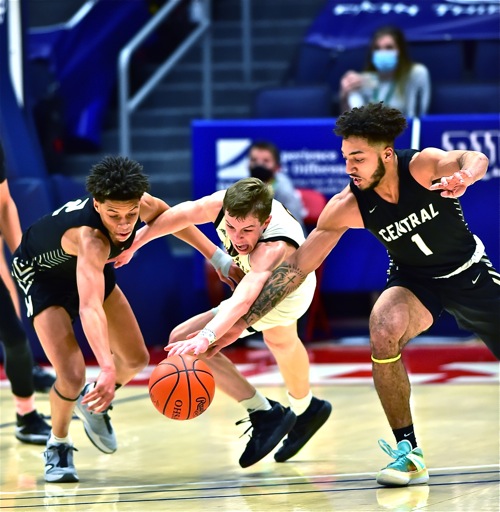 Instead, Centerville offered an 8-0 counterpunch and the Warhawks went scoreless for the next five minutes until Tillman’s three-pointer with 42 seconds left.

“Give them credit,” Martin said. “They came right back at us. Their scores weren’t difficult. We had a couple defensive lapses that gave them some easy ones after we had made them work hard all night long.”

Now in front, 43-42 Centerville looked in good shape to kill the remaining time with the Warhawks still four fouls shy of forcing any one-and-one attempts.

Central never needed to put the Elks on the line, though, because it forced a turnover with 29.2 seconds left.

Now Centerville became the cat and Central the mouse, since the Elks had two fouls to play with before the one-and-one would kick in.

Central patiently held the ball out high for almost 20 seconds before Centerville committed its fifth team personal with 10.5 seconds on the clock. 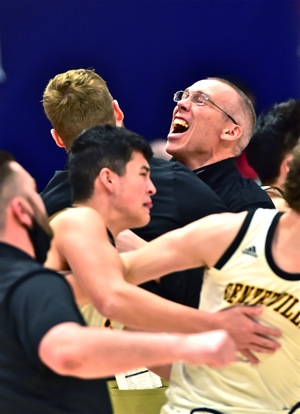 Cook took the ensuing inbounds and drove hard to the basket but lost the ball out of bounds off Centerville amid contact that drew no call with 7.2 left.

Cook took the next pass along the right baseline and tried to get to the rim, but was fouled with 2.3 to play, setting up the final failed try for a state title buzzer-beater to go with Central’s narrow escapes in the district and regional.

“We got a shot in the corner from Landon Tillman, who had a heck of a night,” Martin said. “This time, it didn’t fall. He’s made one before, but that’s the way it bounced tonight.”

Tillman led the Warhawks with 16 points and Cook had 14.

“It was a hard-fought game,” Centerville coach Brook Cupps said. “We expected that. Their kids kept coming. They’re tough kids. We would have preferred to be on offense at the end, but given the way we do things, that was the perfect ending for us.” 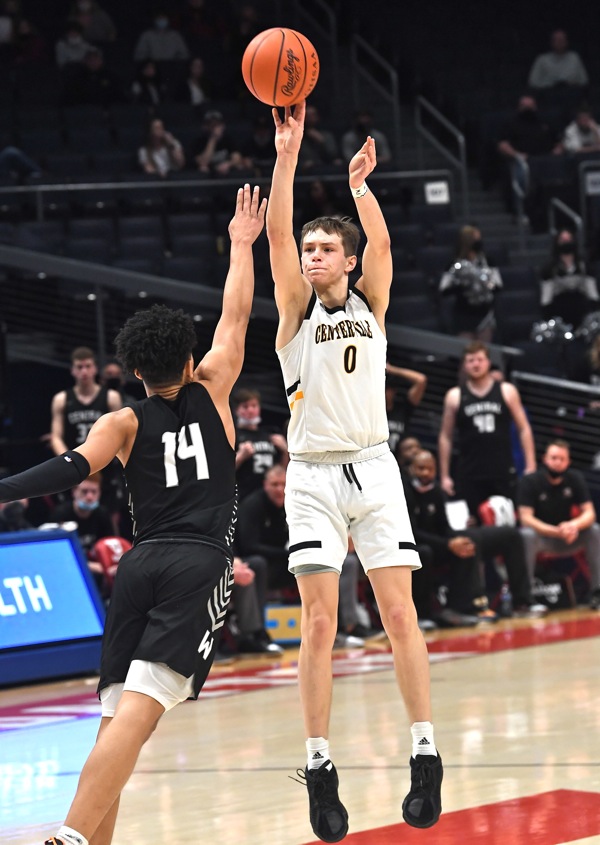