It took a matter of days for readers of Press Pros to weigh in on the opinion we advanced. What’s good about 74-7 tournament games?  And does it make the tournament process better?

The responses over our February 15 column on fixing the state tournament only took a day to hit our email box, and by week’s end was the biggest response received this year.

Mostly, the response was positive and agreeable.  As one writer put it, “Something needs to change because the tournament has been in decline for years.”

Another wrote, “Classic example of hoping the problem will go away.”

Yet another: “Someone needs to wake up.  Nothing stays the same, including tradition.”

The issue we advanced was…should schools win a requisite number of games top even qualify to play in the state basketball tournament – boys and girls?

This would help eliminate first-round blowouts between teams with an obvious disparity in talent.

It would create an overall more competitive tournament, thereby justifying the drastic increase in ticket prices.

And, it shortens the process of determining a state champion from five weeks, to three, thereby giving athletes a breathing period between winter and spring sports.

Here are some of the responses we received from readers, far and near, and with the observation that several people wrote requesting anonymity:

“You nailed it when you called out the early blowout games. What’s wrong with qualifying for the tournament by winning eight games?  Great object lesson when you find out you have to earn your way in.” … Owen Newsome

“The people who cite tradition sound like coaches to me. We’ve always done it this way because it’s a good chance to meet your buddies, have a few beers, and get a couple of days off  work.” … Jack Colosi  (Via Twitter)

“Why is it so bad to let the bad teams participate? Should schools be ignored just because they have a losing record?” … Greg Vosberg

“Nothing worse than a season-ending injury in a blowout tournament game you win by 70 points.”  … Gene James

“Here’s your classic example of hoping the problem will go away by doing nothing.  Excellent article.  Couldn’t agree more.” … James Roach

“The state tournament has been in decline for years because it has competition for attendance that it never had before. Too many other things to do for people who don’t have a kid in the tournament.  It’s about marketing, baby, and it’s time to quit with the argument that we have to do this for the kids if you want the public to show up.” … Michael Harvey. (via Twitter)

“The state tournament should never have been moved from St. John arena. Tickets were affordable then, better atmosphere, and more things to do between games.” … Neal Springer

“It became expensive when it went to Value City Arena, and now they want $10 for a first-round sectional game. I probably won’t go again.” … Robert

“[Requisite wins] will never fly because there’s too many administrators who now lean towards inclusion over winning. They cave to parents that want their child to have an award they don’t earn.” … Anna Richey

“Actually you have a twisted view of what competitive is because you spend all of your time around teams that do nothing but win (the MAC). Try some different perspective on for size.” … Ed Delawder

“You’re forgetting that if teams have to win eight games to make the tournament they’ll just find eight teams they can beat and put them on the schedule. Nothing solved.” … Tom Killilea

(Ed. Note: If teams and games are weighted as to their competitiveness, like in football, it should be no problem. If you win games against teams that go 0-for-January and February those wins don’t get you in. It works in football and has made the JoeEitel.com website a must-see.)

“This was the best article I’ve read about high school basketball in years – first time reader of the site. One, it points out the need for weighted schedule consideration. Two, limited teams per region, per division, just like in football. Three, you might want more than four divisions. Four, there has to be a different tournaments – one for public and one for private. And finally, how bad would these games be without a running clock in the second half?” … Rob Courtney (Via Twitter)

“Follow the money, indeed.  It’s not about the kids, it’s about the adults who make their way off the backs of kids. Age-old story in sports, passed down from the NCAA example.” … Tim Cruea 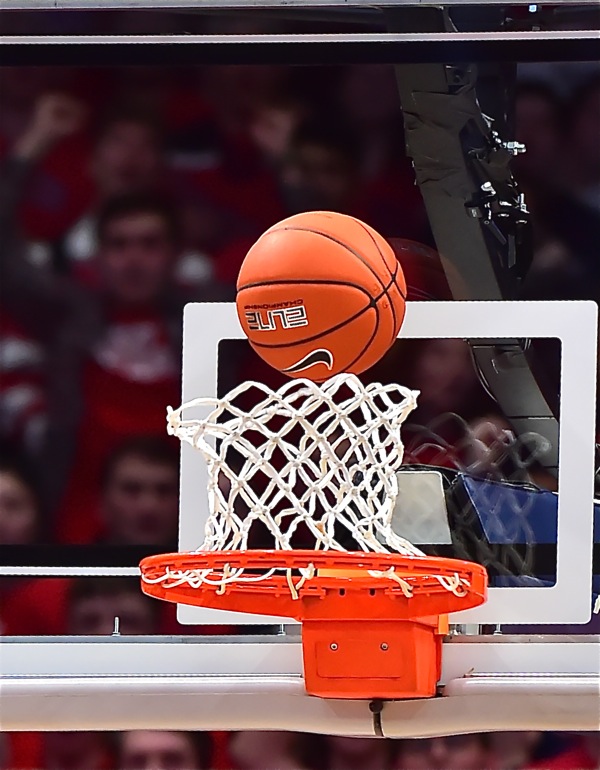