Jalen Crutcher scores 14 points in the final four minutes as the Flyers pull a surprise on Saint Louis, playing its first game in 34 days after COVID-19 put the program on pause in December 23 when the Billikens were 7-1.

DAYTON — When it is time for somebody to take command of a game, time to take complete charge, it is like Jalen Crutcher says, “Give me the ball and get out of my way.”

What he did was lift the University of Dayton on his muscular shoulders and carry the Flyers to a 76-71 major upset of the Saint Louis University Billikens.

Crutcher scored 13 points in the first half, but didn’t score for 16 minutes of the second half. He wasn’t needed. The Flyers were cruising and led, 53-46, with 7 1/2 minutes left.

Scoreless in the second half, Crutcher scored 14 in the final 3:40.

Here is how it went down. . .and how Saint Louis went down with a resounding thud:

—After Mustapha Amzil hit a three, Crutcher ht a step-back three that would make James Harden proud. 66-57 at 2:10.

Now it was free throw time and the Flyers made 7 of 10, two for two by Crutcher.

“I’m very proud of the fight the guys showed. We competed really well tonight, which was great to see.”   – Coach Grant

Even so, it took a blocked shot by Zimi Nwokeja in the dying moments to seal it.

Crutcher finished with 27 points and Ibi Watson chipped in with 18.

Crutcher was no stranger in the Chaifetz Arena. He buried a three at the buzzer last year to beat the Billikens. Saint Louis fans are well-acquainted as to why Jalen’s nickname is ‘Clutcher.’

Saint Louis came in with a 7-and-1 record and ranked 22nd in the Associated Press poll. The Flyers were 10-point underdogs.

Due to a sweeping infection of COVID-19, though, Saint Louis hadn’t played since December 23, postponing seven games. This was its first Atlantic 10 game of the season.

While the gaudy and glaring productions of Crutcher and Watson grabbed attention, both playing the entire 40 minutes, the supporting cast had its moments.

“And that helps everybody,” he added. “They stay in their roles and their identities. Both were huge on both sides of the ball. 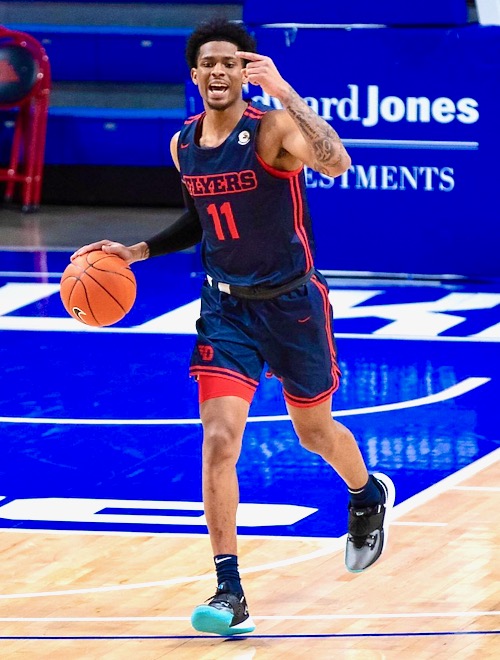 Elijah Weaver contributed 12 points for the Flyer win, two of them being three-pointers.

“We knew that was going to be a big part of the game,” said Grant. “It was the game within the game. We had to do a good job on the backboards. We’ve had some battles with these guys in the past and typically that’s always been a big part of us having success. The guys understood that going in and they did a great job of competing on the glass.”

Jordy Tshimanga played only 20 minutes and fouled out in the final minute, but snagged 10 rebounds.

Elijah Weaver chipped in with 12 and Zimi Nwokeja came off the bench to score seven and grab four rebounds.

After playing soft and meek against VCU, scoring 13 points in the first half, the Flyers attacked Saint Louis with controlled ferocity.

“I thought that was the story of the game,” said Grant. “I’m very proud of the fight the guys showed. We competed really well tonight, which was great to see.” 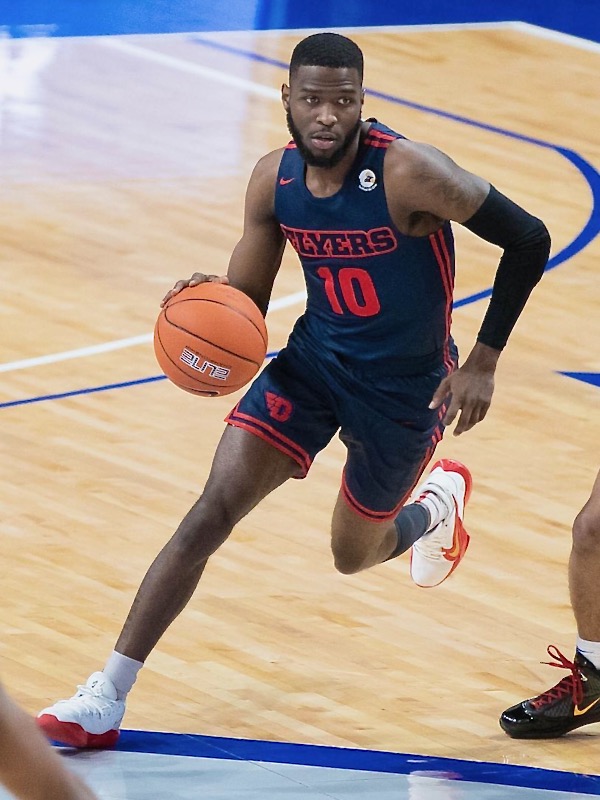