The latest of reader responses with a change in year, and yet, some of the same old issues. As always, we appreciate your taking the time to share those opinions on Press Pros.

At the top of the list in this edition of ‘TRS’ are two emails share relative to our Christmas Day column “What I’ll Be Thinking About This Christmas”. Obviously, there are others with the same thing on their minds.

“Your article of December 24th was shared with me and I’m so thankful for you writing your mind about concerns on the pursuit of life according to personal ambition. I know that there are many of us who believe that life is better lived when you plan to live independent of support from cradle to grave. You’re also correct that there’s little respect for traditional wisdom, about living within your means, and individual responsibility. This is a nightmare for millennials. But I’m glad some still dream independently, and share those dreams with the rest of us.” … Donald McKissick

“It was interesting that you concluded the column with the old proverb, “Give a man a fish and he’ll be hungry again tomorrow. Teach him to fish and he’ll never be hungry again.” Obviously it’s true because it’s attributed to everything from the Bible to ancient eastern culture. First-time reader. Enjoyed it.” … Kevin Cooney

“When John Kennedy said “Ask not what your country can do for you…ask what you can do for your country” that was written by professional speech writer Ted Sorenson. Always consider the source.” … Thomas Jerrells

We received this from one central Ohio reader who appreciated our remembrance of former Ohio State coach Woody Hayes:

“Excellent account of Woody Hayes in your January 10 post. You wrote: “He was a teacher. He was a friend. He was a cheerleader for the ill and a lighthouse for the lost. He was all things great men can be. He was also controlling, quick-tempered, and, at times, irrational.” Yet, we worship and build statues to Woody Hayes and condemn Donald Trump.” … Jacqueline Gillenwater

(Ed. Note: Actually, we were not responsible for that quote. Another writer, Michael Beacon, wrote that in 2013.  And they built those statues because Woody made the right people happy.  Trump did not.)

One writer shared his appreciation for Greg Hoard’s writing, and remembrance of Dodger manager Tommy Lasorda, from January 10:

“I always enjoy reading Mr. Hoard’s columns and wish he wrote more. His article on Tommy Lasorda was entertaining, funny, and a great read.  I’ve always wondered what kind of relationship Lasorda and Sparky Anderson had.” … Gregory Wildermuth

Tim Courtney, another first-time writer to the site shared his own opinion about Bruce Hooley’s December 3 column and Vanderbilt kicker Sarah Fuller: 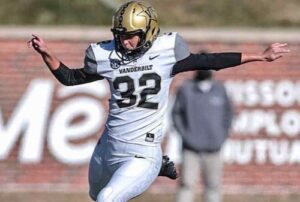 “You made some interesting observations over the direction of sports, competition, and relevant equality.  I bring to your attention Bruce Hooley’s column on December 3 about the female kicker at Vanderbilt University (It Was a Squib Kick, And Nothing More, Regardless Of What They Tell You). I recognize Sarah Fuller as a piece in the fight for gender equality, but I also recognize Hooley’s ability to write the truth. Short of calling it for what it was, there is something to say about the equality of Ms. Fuller’s opportunity, but little to say about the equality of her contribution.  She didn’t play wide receiver, she pooched the ball 25 yards and out of bounds. Media got it wrong.  Just a footnote in a bad 41-0 loss to Missouri.'”  … Tim Courtney

(Ed. Note:  Subsequently, Ms. Fuller did convert a couple of extra point attempts later in the season, but they only attempted 17 all year during an 0-9 season.  They’re going a lot more Sarah Fullers next year.)

Finally, journalism of any kind is an impossible venture if you expect to please everyone…especially the Doe family:

“I’m writing to say that Press Pros does a p—-poor job of reporting because you don’t cover teams that aren’t as good as Fort Loramie or the MAC. Kids on losing teams work just as hard. Would it kill you to share a little of the spotlight on teams that don’t win state championships?” … John Doe

(Ed. Note: What we do is not a hobby, and the goal of journalism is readership.  To your point, we throw up our hands.  I’m sure that athletes at Morehead State University work just as hard as those at the University of Kentucky. But I’ve never seen a story about Morehead in Sports Illustrated. Have you?   I hope you made carbon copies, because there’s a lot of places you could send this.  And would it kill you to include your actual name?) 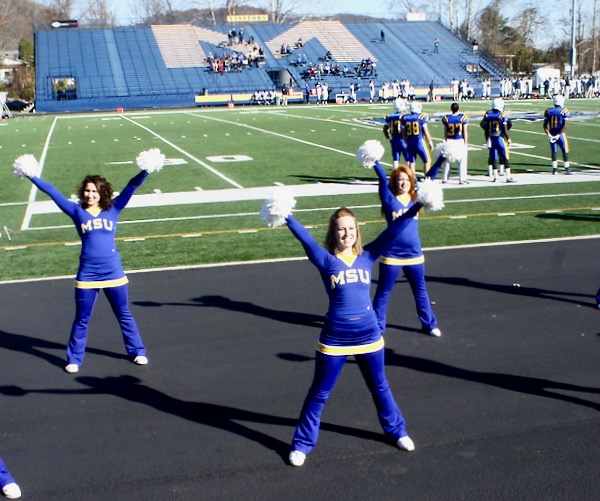