Jalen Crutcher and Ibi Watson turn statesmen, as their late-game leadership turned uncertainty into a certain Flyers win over Davidson.

DAYTON — When a timeout is called during a college basketball game, the conversation usually is one-sided. Only one voice is heard.

That voice belongs to the head coach and the dialogue begins something like, “Shut up and listen.”

That wasn’t the case Friday night during the Dayton-Davidson game in Charlotte, N.C. 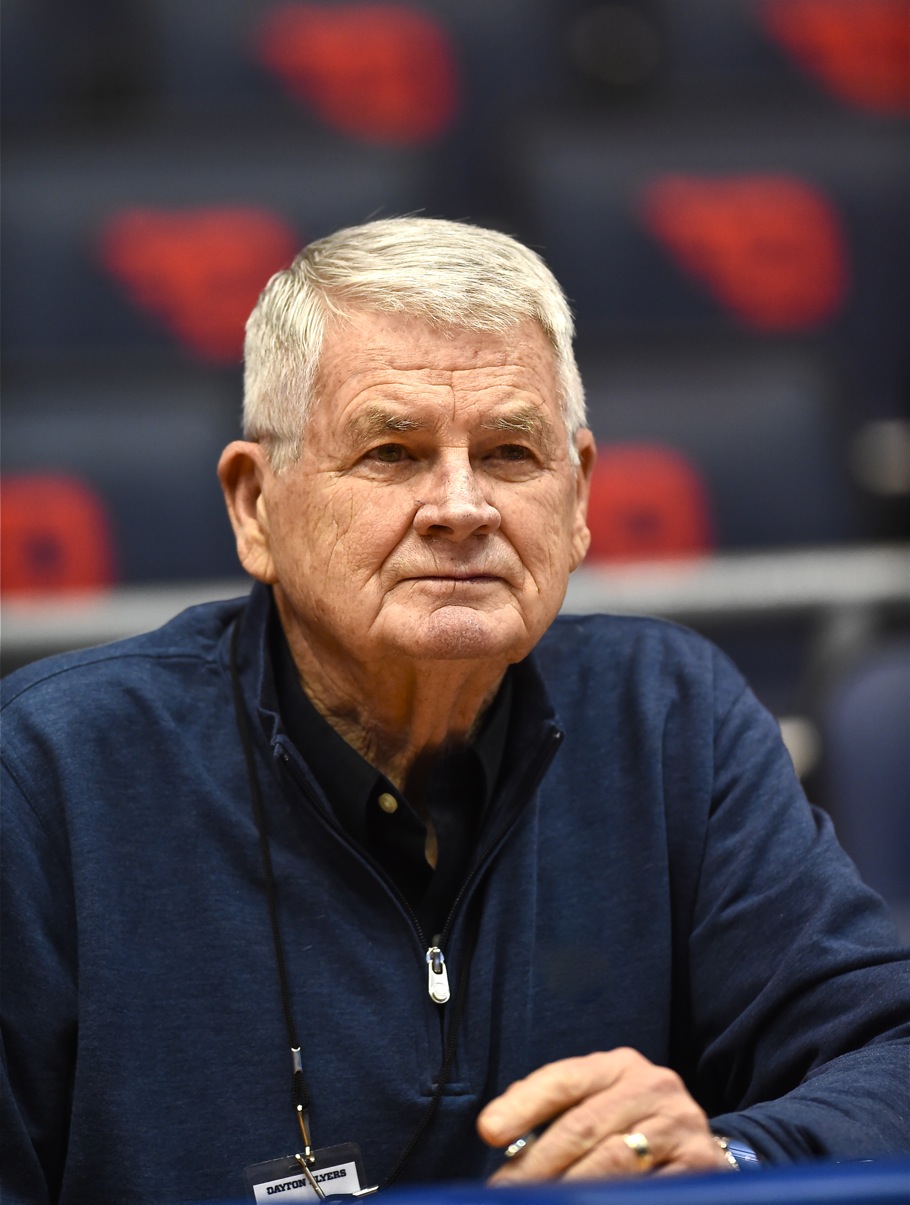 UD coach Anthony Grant called it, ‘A players-led timeout.’ He never spoke. He was as quiet as a masked mime.

Actually it was a seniors’ only timeout because the speakers were Jalen Crutcher and Ibi Watson, the two senior leaders of the Flyers.

It happened during a media timeout with four minutes to play and the Flyers leading, 65-60 — a critical juncture in a must-win game UD won in overtime, 89-78.

It was a game the Flyers desperately needed after they dropped all their marbles out of the bag at Fordham, a 55-54 loss. The high-intensity road victory, obtained with a hammer-and-chisel dedication, enabled UD to level its Atlantic 10 record to 2-2 and climb to 6-and-3 overall.

Of the players’ time out, Grant said, “It was great to see our guys engaged and vocal and together. I would say that I don’t know if that’s common that you see that, especially during the heat of the moment. They emphasized to the young guys in terms of what we needed to do and how we could go back out there and have success.”

And the two speakers were not only the leaders of the pack in the huddle, they were the alpha dogs on the floor. Crutcher scored a career-best 28 and Watson flipped in 24.

With a 75-74 lead in overtime, Crutcher drove two straight times to the hoop for baskets and Watson came up with a steal and drive for a basket.

Suddenly, the Flyers led, 81-78. Crutcher then found freshman Zimi Nwokeji wandering loose under the basket for a pass-and-score. It was the finishing touch.

“After that (timeout), the last four minutes of the game the guys were really engaged,” said Grant. “It was a players-led timeout in the last segment. They understood the situation and knew what had to happen.”

Said Watson about the players’ sideline summit meeting, “We just talked among ourselves and talked about what we needed to do to finish the game. Coach Grant had set up a great game plan and we knew what we needed to execute. It was a matter of making it happen and staying connected. That little timeout talk was good for us, for sure.

“It was definitely unusual for us (the players) to do that all by ourselves,” Watson added. “But it speaks to some veterans knowing what they are doing, to step up and help out and try to lead the team as best we can.”

It was all new to freshman guard Zimi Nwokeji, who has played increasingly more minutes lately due to injuries to Dwayne Cohill, Rodney Chatman, R.J. Blakney, Luke Weaver and the defection of Chris Johnson.

Like Grant, Zimi stood with mouth shut and ears open during that timeout as Crutcher and Watson spoke. 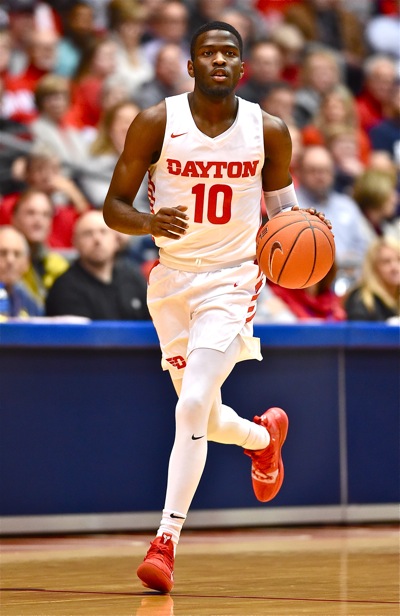 UD’s Jalen Crutcher called it, “The last four-minute war.  Let’s pull it out.”

“I remember that moment,” he said. “I was just listening, taking it all in, getting myself prepared. Coach Grant didn’t even have to say a word. We were all in the huddle and all you heard were words from Ibi and Jalen. They called it ‘The Last Four-Minute War,’ and let’s pull it out,”

And how was this private pow-wow determined?

“We really just sat down at the break and we just talked it out,” said Watson. “Coach Grant just sat there and listened to us, seeing what we were saying. He was agreeing with the things we were saying. . .knew we were on the right track in our huddle.”

Wasn’t it of utmost urgency for the Flyers to win at Davidson after the devastating defeat at Fordham? Wouldn’t another A-10 setback push the Flyers toward a path of self-destruction, the dissolution of their mentality and psyche?

“I can’t really answer that,” said Grant. “We were disappointed with the results we got at Fordham. Our focus was on trying to beat Davidson. I can’t say anybody was thinking about what happened in the previous game. That’s how you set yourself up for failure. . .if you live in the past or try to look too far into the future. We try to stay current.”

There is, of course, a whole lot of coach-speak in that, because Watson said he felt the sense of urgency.

“We felt the pressure of needing to get that win,” he said. “It was really important for us to win that game. It was a bounce-back game coming off adversity. Coach Grant told us we had two ways to look at it. We could be upset about it or we could try to get better from it and grow from it.

“That’s what we did,” he added. “We knew we needed that game and we need the rest if we are to be where we want to be.”

Most UD games this season have been closer than Siamese twins. The Flyers are about 10 seconds short of being 9-and-0. All three losses came on shots near the buzzer. And they’ve won a double overtime, an overtime and two games by three points.

“We’ve had a lot of experience in close games now, close end-of-games situations,” said Watson. “We do everything we can to get the win. And right now we are learning more-and-more what it takes to do that. All these experiences are helping us get better.”

Grant’s blood pressure probably needs checked after most game this season, although his demeanor on the sidelines always seems to be flat-lined.

“Yeah, we have been in several of those type of games,” he said. “Like anything else, the more experience you get, the more comfortable you are in those situations.”

Indeed, Silence is Golden, so Grant hopes his players don’t need a players-led timeout Wednesday night when the Flyers host Duquesne in UD Arena at 7 p.m. Nor do they need the experience of another close game.