McCoy: They’ll Always Be ‘The Indians’, And Chief Wahoo Lives On

I could understand the protestors if teams and schools purposely nicknamed themselves to demean or slur Native Americans. They didn’t. They are just nicknames. Nothing more, nothing less.  They’ll ALWAYS be the Indians to me…or is it time to bring back the ‘Orientals’?

Englewood, OH – It wasn’t enough that the so-called politically-correct do-gooders ripped the iconic Chief Wahoo off the caps and jerseys of the Cleveland Indians.

No, take it four steps farther and rip the heart and soul out of Cleveland baseball fans. 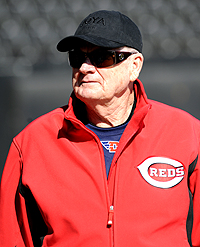 Now the team that will soon be known as The Cleveland Baseball Club is removing the ‘Indians’ nickname, too.

It is beyond absurd. It borders on insanity. It is a nickname, nothing more. It is a team’s identity.

It has been the Cleveland baseball team’s
identity since 1915. And the irony of it all is that the nickname was not meant to demean Native Americans.

The team was named ‘Indians’ in honor of one of its former players, Louis Sockalexis, believed to be the first Native American to play major league baseball.

It was a tribute, not a slur.

As far as Chief Wahoo goes, he was nothing more than a mascot, a caricature. We’ve all had caricatures made of ourselves and they always are humorous.

They aren’t meant to be demeaning. They are meant to be humorous. And that was Chief Wahoo, one of the most iconic logos in sports.

You saw Chief Wahoo and you knew he represented the Cleveland Indians, baseball team. He had nothing to do with the heritage and culture of any Native American tribe.

I’m Irish. And I’m not offended by Notre Dame’s nickname, the Fighting Irish, nor do I twist my hands in angst over the school’s mascot, the goofy leprechaun dressed in a green suit.

I don’t know any of my Irish friends who have ever worn a green suit with a green bowler hat. It’s a mascot. It’s fun. It represents Notre Dame and is not a slur at the good folks from Ireland. 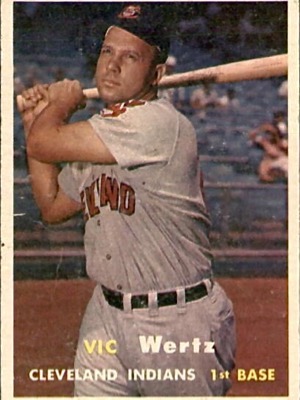 My other favorite Indians player growing up – Vic Wertz, who hit the ball that Willie Mays famously caught in the ’54 World Series.

All this began with the colleges — so many bent to the pressures of the politically-correct. The Miami University Redskins became the Miami Redhawks. To me, and many older alums, they still are the ‘Redskins.’

And, of course, it hit the Washington Redkins, one of the NFL’s storied teams. They dropped their nickname and the song, ‘Hail to the Redskins.’

Until further notice, the team is the Washington Football Team, until it comes up with a new generic nickname that doesn’t ‘offend’ anybody.

Cleveland, too. It remains ‘Indians’ in 2021, then becomes the Cleveland Baseball Team in 2022 until it, too, comes up with a ‘proper’ nickname.

It even happened at my high school. When I attended, Akron East was known as the Orientals. Was that a slur? Perhaps. But I had an Asian classmate and friend named Mae Tom. She once told me, “Hey, they nicknamed the school after me.”

Well, in 2011, the Akron School Board determined the nickname was inappropriate and ordered that the name be changed. The East Akron Alumni Association voted and ‘Dragons’ became the new nickname.

Me? I’m still a former Akron East ‘Orientals’ baseball, basketball and football player. So sue me.

I could understand the protestors if teams and schools purposely nicknamed themselves to demean or slur Native Americans. They didn’t. They are just nicknames. Nothing more, nothing less.

The NHL’s Chicago Black Hawks and the CFL’s Edmonton Eskimos are holding fast. So is Florida State and the Seminoles. So far the Atlanta Braves are hanging on, as are the NFL’s Kansas City Chiefs.

Aren’t there far more problems for MLB to fix than f0rcing team to chance iconic logos and nicknames? For sure. 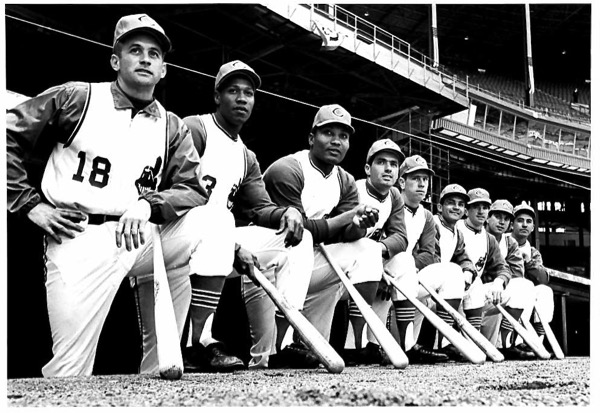 Nostalgia Row...How many of these former Indians can you name? Hint: One of my favorites (Rocky Colavito) is batting fourth. (Raresports Films Archives)