Mr. Spielman Returns to Detroit For Such A Time As This

There’s a difference between being drafted and being selected, between being ready and being equipped. That’s the distinction between Chris Spielman’s arrival in Detroit as a rookie linebacker in 1988 and his arrival as a newly-hired team executive. He now has a broader perspective ingrained by life’s challenges encountered and lessons learned.

Columbus – The first time I ever tried talking to Chris Spielman about working for the Detroit Lions, he threw a television out a second-story window in a fit of anger.

A lot of water has passed under the bridge since that first attempted conversation in April of 1988 and Monday morning, when Chris and I sat in my basement for the 217th episode of the We Tackle Life podcast.

Some of those waters were so turbulent they would have consumed a lesser man than Chris Spielman.

Which is to say, most men.

The petulant, prideful guy I called for a comment upon his selection by the Lions in the second round of the NFL Draft — he was always quick to note his insistence on, “29th overall pick”– 32 years ago has been shorn, shaped and sharpened by life’s relentless floodwaters.

A lot of people think Chris will excel in the role he accepted today as the Special Assistant to the President and Owner of the Lions because of his 10-year NFL career, including eight seasons in Detroit, and his work the last five years as a Fox NFL analyst.

Those are the tangible reasons hiring him as the third most-powerful person in the organization makes sense. They give him enormous credibility and insight invaluable for hiring the Lions’ next general manager and head coach.

But what most equips Chris to succeed are the characteristics of the man he has become, not the player he was or the analyst he’s been until working his final game for Fox on Sunday.

The guy who was so livid he wasn’t drafted in the first round that he tested the aerodynamics of his brother’s 13-inch black-and-white TV has learned that patience, trust, humility and service typify a great leader more than pride and bravado.

Pastor and author Max Lucado tells the story of two maestros evaluating the operatic performance of a young soprano. After she finished her solo, one turned to the other and said, “She’s good, but she’ll be better after she gets her heart broken. Then she’ll be able to feel the music.”

Chris has had his heart broken many times, and he’s emerged a stronger, more insightful man for it. The deepest meaning of life’s lowest notes aren’t lost on him any more like they were when he hung a sign in his Lions’ locker as a player that read: “Super Bowl champions…nothing else matters.”

Pain — both physical and emotional — imposed a perspective that’s long since proven to him that a lot of things matter more than the Vince Lombardi Trophy.

That doesn’t mean he won’t pursue a Super Bowl title the Lions have yet to win as relentlessly as he did ball-carriers in his playing days. He will, but with a calibrated GPS finely tuned by life’s corrections.

All the losses and injuries and the eventuality of them driving him from the game he so longed to play as a kid that he’d tease the neighborhood canines by showing them hot dogs, which he then hid in his pocket as they chased him, simply to work on his lateral quickness — that will allow Chris to understand a player’s mindset. 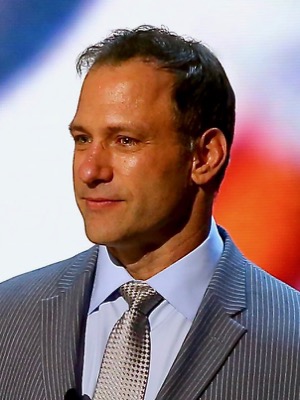 But it’s the searing emotional battle of shepherding his first wife, Stefanie, and their four children through a 12-year breast cancer fight that claimed her life in 2009 which has buffeted and burnished him into someone who shines with a brighter light.

As Chris is quick to note, many people have walked that same path of losing a loved one. It doesn’t make him unique. It instead made him useful far beyond the playing field.

He and Stefanie birthed a breast cancer research fund that’s raised more than $25 million, which has resulted in treatment advancements that have saved or prolonged numerous lives and resulted in the construction of the Stefanie Spielman Comprehensive Breast Center on the Ohio State campus that ministers to patients from across the Midwest.

All that grew from Chris and Stefanie making themselves available to serve, being transparent in their struggles and pursuing God’s purpose on a daily basis.

As Chris said in the book about their lives, “We wanted to expose our faith to everyone, without imposing it on anyone.”

Stefanie’s breast-cancer battle, and how Chris responded as a husband amid it, is an inspiring story. But it’s not the whole story.

In the intervening 11 years, Chris has continued to grow and learn, from things as seemingly insignificant as braiding his young daughters’ hair to as essential as healing emotionally and getting remarried to another remarkable woman.

Carrie Spielman is in many ways different than Stefanie Spielman, but they’re alike in that both are the perfect mix of compassion, independence and sass to more than hold her own against the vestiges of the entitled pro athlete in Chris that might occasionally arise.

He’s been very transparent about that on-going, never-ending war against selfishness and entitlement in the faith portion that concludes each one of our podcasts.

That’s why we started it and met three times each week to record it — to expose our faith to everyone without imposing it on anyone. We hope it’s saved or enriched lives in much the same way that exposing-without-imposing strategy guided Chris and Stefanie and impacted so many.

That’s the essence of the Christian life. Those of us who have entrusted our eternal future to Jesus’ death on the cross paying the debt we never could for the sins we commit hopefully understand the responsibility to engage much more in marketing than enforcement.

I know Mr. Spielman Returns to Detroit with that in the forefront of his mind, which is why I believe he has the capacity to influence an organization and a community, not just a team.

Bruce Hooley is a former sports editor of the Troy Daily News and hosts The Bruce Hooley Show on 98.9 The Answer in Columbus (www.989theanswer) from 5-7 p.m. Monday-Friday. 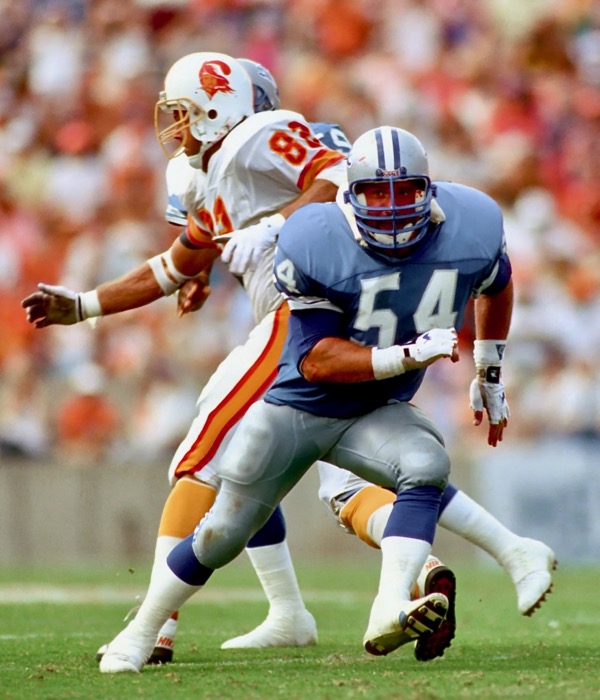