What You And I Should Be Most Thankful For This Holiday…..

While the tried and true blessings of life, home and family, have served us well for years, this holiday it’s just as important to recognize the courage of those who live and succeed beyond the daily dose of fear and uncertainty.

On Thanksgiving day I took the time to call and check on a family member particularly close to me – one who is recovering from the Covid virus.

And if you ask me what I’m thankful for this holiday season, it’s that he and others are going to recover and go on about a normal productive life.

For in fact, he contracted the germ in the manner of which the rest of us live day to day. He got up and went to work, coached a little basketball in the evenings, and simply took his chances.

And the chances are good, by the way. In fact, much better than you’re led to believe if you listen to the news, Mike DeWine, or the new president – the statistics of 250,000 dead, and that our greatest responsibility is to shut things down to curb the spread of the virus. That’s part of the science they want us to believe, the science of we’re all in this together.  But it’s not the whole science!

Others also have the right to ask…at what cost?

In the state of California alone it was reported this week that 19,000 small businesses have been lost – along with the hopes and dreams of those who started those businesses. Families have been decimated, with no hope for help from government at any level – the same government that thought it a good idea to shut those businesses down to stop the spread.

In Ohio the figure is said to be about proportionate to that in California – businesses lost or damaged so badly as to be unrecoverable.

And yet, the daily message is still to hunker down and hope for the best. Believe the science, the stats, and the government that’s sent out conflicting information since March…and justifies it by claiming that we’re dealing with a “fluid” situation.

That may be, but if you’re one who believes in science and the statistics, do you not believe the statistic that also states, proportionately, that more than 9 out of 10 Americans diagnosed are not impacted at all? And given that, do you not believe that if you get it, like my family member, that you’ll be no worse for the experience than having contracted the common cold, another Covid disease?

Are you aware of this stat…that 9 out of ten people 74 and older recover from the Covid virus without serious consequence?

And for those who write every day and question whether we’re sending the wrong message by encouraging high school sports, tournaments, and championships in the face of a pandemic…those stats also claim that 99.999% of adolescents have nothing to worry about from Covid?

One wrote from Troy this week to say, “While I enjoy your site, I think in this case we’re dealing with something bigger than individual [responsibility].  We have to take care of each other.”

That’s fine…if you can rely on your neighbors to pay your bills and bring you food.

But if you can’t…I’m particularly thankful for this Thanksgiving season are those people who are determined to face life head-on…who just work, play, and provide for themselves and their families.  I’m thankful for people who embrace the same responsibilities as those during the Spanish and the Hong Kong flu, because we survived those times, too.  And if those people don’t go out and face life head-on…how are you going to live without them?

Where will your food come from?

Where will your heat come from?

Where will your information come from?

And where does the message of survival for the next generation come from if we just spoon feed them caution – tell them not to go to school, play, compete, or live life in the face of adversity?

You can bubble-wrap all you want, and ‘DeWine’ yourself in the basement.  But trust it…someone is out there taking a risk to ensure he’s being fed and provided for.  That said, the rest of us deserve no less, so I’m personally thankful that so many are not afraid to live, work, and contribute toward everyday life.

And by the way…when I wrote recently “what good is baptism and faith if we’re afraid to put legs on that faith”…someone did comment to say, “You should never question faith.”

Ok, then don’t question your own by bowing to the fear-mongering of the networks and the evening news.  And don’t lay a guilt trip on those who believe in the other half of science that never gets reported – that you’re apt to be fine, even if you do get sick.

Don’t buy into Urban Meyer and Jim Tressel too much and the TV ad that Mike DeWine asked them to make.  DeWine never had a competitive moment in his life, so it’s lip service to ask two football coaches to say stand down, be cautious, and give it time.  Because if Meyer and Tressel were still coaching…they would be no more patient than the rest of us.

You can wear a mask if you want.  You can go buck-naked if you want.  But whatever circumstance you feel is best for you…I’m thankful for those this holiday season who refuse to lose – who believe they’re going to be fine – 99% – with or without a vaccine.

I’m just thankful for those who do believe, have faith, and continue to live and work. 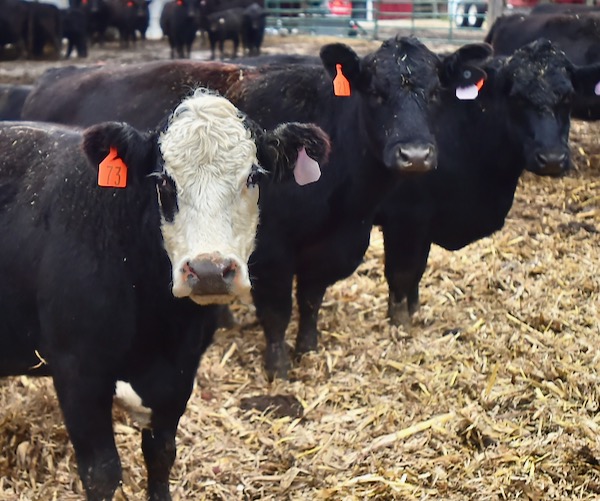 Herd mentality? It's true...we are all in this together, so be thankful this holiday season for all those who make it possible for us to eat, be comfortable, and go about our daily routines.