Defensive coordinator Kerry Coombs said every defensive back should be ready to step in at any moment after cornerback Cameron Brown went down with a torn Achilles tendon in the fourth quarter against Penn State.

Columbus – Ohio State’s secondary was an area of great concern even after Shaun Wade announced before spring practice that he was putting the NFL on hold until after the 2020 season.

Question marks rather than numbers could have been ironed on everyone else’s jersey only because of the inexperience.

Cornerback Jeff Okudah was the No. 3 overall draft pick by Detroit, cornerback Damon Arnette the No. 19 choice by Las Vegas, and Jordan Fuller went in the sixth round to the Los Angeles Rams.

The situation was so far, so good until the fourth quarter of a 38-25 victory over Penn State on Saturday when junior Cameron Brown, a junior outside and slot cornerback, went down with a left Achilles tendon injury. He was on the opposite side of the field when the Lions Jahan Dotson caught a touchdown pass 30 seconds into the fourth quarter and when he went down making a cut in coverage.

Brown is scheduled to have surgery and has been lost for the season. He played in all 14 games last season.

“It’s very costly,’’ coach Ryan Day said Tuesday during a conference call on Zoom. “Cam came with experience this season at a position where we couldn’t afford to lose anyone. To lose Cam is a significant hit. We feel bad for Cam and his family.’’

The coaches began working on this significant hole at the back side during practice on Monday in preparation for Rutgers at 7:30 p.m. Saturday at Ohio Stadium.

There was no practice Tuesday because the NCAA ordered teams to give players and staff the day off in order to vote.

Defensive coordinator Kerry Coombs said the next-man-up mantra began long before the team even knew there would be a Big Ten season. 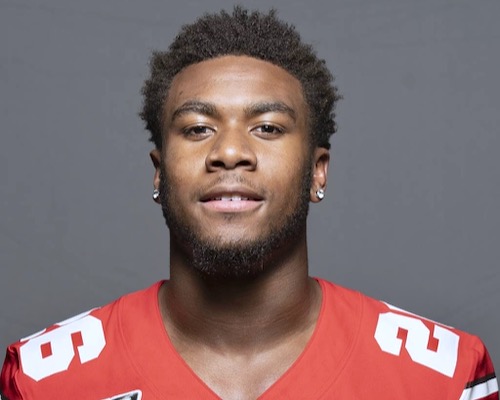 “To lose Cam is a significant hit,”  said Ryan Day.  “We feel bad for him and his family.”

“Any time you lose good players it’s going to affect you and other players have to step up,’’ Coombs said. “The whole next man up thing is no joke. Especially this year we’ve been training our guys since June about the possibility of being able to play in a game suddenly. I think that’s really important to prepare them for that. All of a sudden you are going to be thrust in a role and the team is depending on you and you have to be able to step up and fill in. In the secondary room it’s all-hands-on-deck.’’

Coombs said every defensive back understands that he must know how to play safety, cornerback, slot cornerback and nickel packages.

Junior Josh Proctor is ready to do double duty in taking over some of Brown’s responsibilities. He played in 11 games last season and in nine in 2018.

“What I would say is that he is key period,’’ Coombs said of Proctor. “He has played in a variety of spots on the defense because he has versatility. They all need to have that. You can’t say we’ve got these three or four guys at cornerback and that’s all that they do and these three or four guys play the post safety and these guys play cover safety and that’s all they’re going to do. Proc (sic) has done a great job of being able to fill in and learn different capacities from week to week and other guys are doing that as well.’’

The starting outside cornerbacks have been Wade and Sevyn Banks with Marcus Williamson occupying the slot.

A logical new man in the rotation would be redshirt sophomore Tyreke Johnson. He played in eight games last season.

Coombs said he expects Johnson “to go out there and play and hold up the standard of the unit.’’ 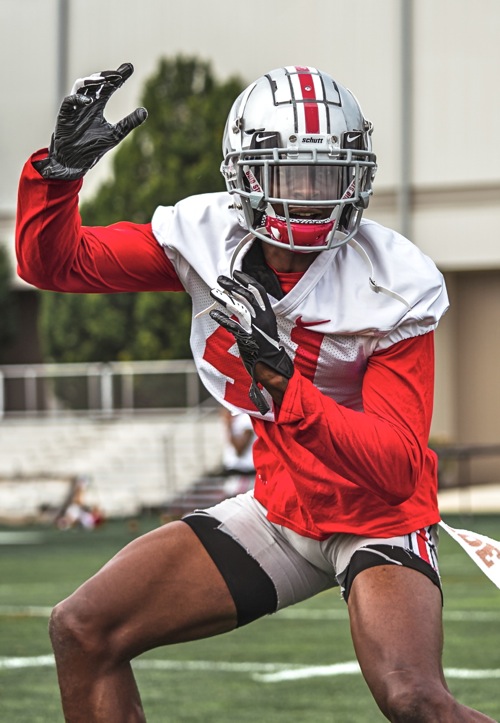 Junior Josh Proctor is ready to do double duty in taking over some of Cameron Brown’s responsibilities.

Four-star freshman recruit Kourt Williams might have been an impact player right off, but he is out for the season with a knee injury.

Lejond Cavazos, another four-star, was listed as unavailable the first two games.

Other freshmen are safeties Lathan Ransom and Kameron Martinez and cornerback Ryan Watts.

Spring practice being cancelled by COVID-19 and the preseason being shortened have hindered their development. Ransom didn’t enroll until just before fall semester.

“I’m seeing growth (from them),’’ Coombs said. “That’s a process and the disappointing thing is not having spring ball or training camp with those guys, so their learning curve gets accelerated another notch besides just being freshmen at Ohio State. I love those kids. They are working hard. They are preparing themselves to play. As I’ve said to all of them, they are going to be needed this season.’’

The Buckeyes defensive ends were stout against Penn State with Jonathon Cooper and Zach Harrison each getting a half sack and J. Jean Baptiste getting one.

The line overall was so good that few blitzes were called.

Cooper, a senior from Gahanna, Ohio, said the players wanted to put on a show for associate head coach and line coach Larry Johnson.

Johnson coached 18 seasons at Penn State, but left after he was not granted an interview to become head coach when Bill O’Brien left to become coach of the Houston Texans in the NFL.

“We definitely know coach Johnson’s history with Penn State and just earlier this week we talked about how he was coming back to enemy territory,’’ Cooper said. “This isn’t his home. We’re his home now. We wanted to make sure we put on a good performance for him.’’

Cooper was in on five tackles in continuing to show that he has recovered from an injury that ruined his 2019 season.

“I feel like I’ve always had in me,’’ he said. “You guys haven’t seen me play football in a year. Just the environment, it being Penn State, and the way our coaches had us prepared took our game to a level it is supposed to be.’’

Graduate Justin Hilliard, an outside linebacker, had a false positive test for the virus and eventually was listed as a confirmed negative before the Penn State game, but Big Ten protocols didn’t permit him to play.

Day said it was “as heart-wrenching as you could imagine. We’re not sure why that happened to him.’’

“I know that’s something that has been discussed and will continually be discussed to try to figure out ways to make it better,’’ he said of the protocols. “But that’s the policy that was in place, so I know the Big Ten is continuing to talk about it and trying to figure out what’s the best thing (moving) forward.’’

Tight end Luke Farrell was helped off the field Saturday night, but practiced Monday and should be ready for Rutgers.

Day said an injury to any of the tight ends would be overcome.

“We have good depth in that room,’’ he said.

Highland Revisited…Better Than Basketball And Birthdays