The Buckeyes’ co-defensive coordinator has not coached any other place other than on the field since 1990 with Texas A&M.   He says too many assistants on the sideline can be counterproductive.

Columbus – It was so easy for spectators to watch Ohio State play defense last season that purchasing a program on game day would have been a waste of money unless you wanted a souvenir other than a foam finger or yet another t-shirt.

For starters, there were megastars Chase Young, Jeff Okudah and Damon Arnette. Malik Harrison, Jordan Fuller and Davon Hamilton also made things hairy for quarterbacks, ball carriers and anyone having designs on blocking them.

Young and Okudah went one-two overall in the NFL draft to Washington and Detroit, respectively, and Arnette was taken No. 19 by Las Vegas shortly after congratulating those teammates by text message for their big night.

Harrison and Hamilton were third-rounders to Baltimore and Jacksonville, respectively, and the Los Angeles Rams plucked Fuller in the sixth.

This season, though, when the Buckeyes kick off a COVID-19 shortened season against Nebraska at noon on Saturday at Ohio Stadium, it will be a game of getting acquainted with all the new faces.

If, for instance, cornerback Shaun Wade hadn’t taken his name out of the NFL draft, the secondary would have been as green as the turf.

This radical change goes beyond the players with Kerry Coombs returning after a hiatus to the Tennessee Titans to join Greg Mattison as co-defensive coordinator.

Make no mistake, though, the former will be calling the plays. Coombs’ office probably still had traces of his fingerprints from his last stint with the team. He was enticed to pro ball by former Ohio State player and assistant Mike Vrabel, then split the scene after two seasons, the second of which was a drive to the AFC championship game.

Slot cornerback Marcus Williamson said nothing radical has happened to the defense.

“It’s the same defense as we’ve had in the previous year,’’ he said Wednesday during a Zoom call. “I can’t really think of too much that’s different. (They are) the same calls we’ve been having, same techniques, same coaching points. It’s just Coach Coombs calling the plays.”

Fans watching on television won’t see Mattison unless the cameras pan the booth in the press box where he will work for the first time since 1990 with Texas A&M.

“It’s going to be interesting,” Mattison said. “But I’ve been there during the practices that we’ve had and it has been great. So it’ll work really well with our staff.’’

The sideline during a big-time college football game is a lot like the congested sidewalks of New York during rush hour with trainers tending to injuries, managers making sure players hydrate, equipment managers patching up broken or torn stuff and, of course, assistant coaches coaching up their men. 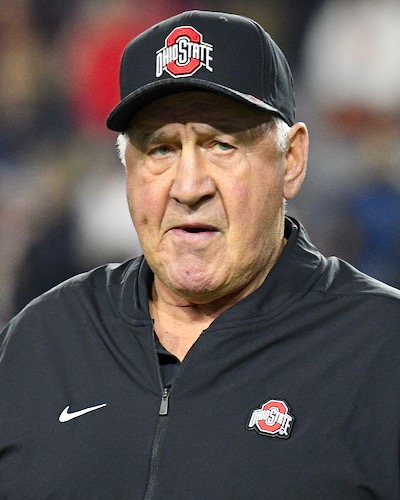 “I think I can help this defense more being in the press box, and we’ve got plenty of guys down there that are enthusiastic.”

After three decades stepping around bodies, getting bumped and banged and going face-to-face with players, Mattison suddenly will experience relative quiet with a headset and monitor. He will turn 71 on November 15.

“The interaction with the players and that part of it has always been something I’ve really, really enjoyed,’’ he said. “But you know what happens when we have a whole staff of guys that do that (on the sideline). Sometimes too many doing that isn’t good. I just felt the best thing for us was for me to be in the box. I think I can help this defense more being there, and we’ve got plenty of guys down there that are enthusiastic.”

There is no question that Coombs will more than make up for losing Mattison’s energy on the sideline. He carries on with such electricity going through his body that maybe Starbucks should sign him up for an advertising campaign.

As for sharing the coordinator title, the Buckeyes have been doing that dating to Urban Meyer’s middle years as head coach.

Yes, Coombs has the final say over schemes and plays, but Mattison still has a big voice with the defense. In fact, Mattison excused himself from Tuesday’s Zoom call because he had lost his voice during practice. On this day, he was still hoarse.

“What happens when you have a great coaching staff, I think everybody has an input,” Mattison said. “All of us working together has been great. The thing that I think has made this group special, there are no egos. It doesn’t matter who runs what, who does what, the bottom line is let’s play great defense. If we play great defense, Ohio State will have another great year. That has always been my belief, and I know that’s the way everybody else is on this staff.”

Few if any college defenses have the expertise and longevity as the Buckeyes with Coombs, Mattison and line coach Larry Johnson. 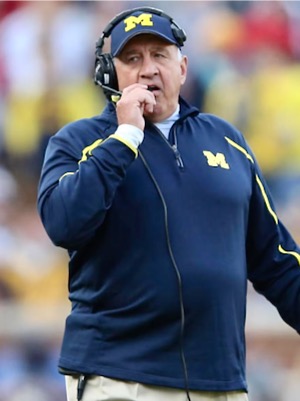 And before he joined the Buckeyes staff two years ago…Mattison coached for a familiar rival.

Other than Wade, end Zach Harrison linebacker, where Tuf Borland, Pete Werner and Baron Browning return, fans will have to do a quick study on all of the new faces.

Browning is an old hand, but he has a new position on the outside. He played there in high school. Coaches hope he’s the new Malik Harrison as a pass rusher, pass coverage man in the flat and downfield and a general disrupter.

Williamson said the defense expects – not hopes – to keep up the good work from 2019.

“Every year we’re trying to chase the standard of expectations that were set long before we got here,’’ he said, mentioning the “Silver Bullets’’ from the John Cooper era.

Although he’s a senior, this will be his first season as a starter. Hold that. We think he’ll be a starter and so does he, but he hasn’t received the official word.

“I’ve prepared for this moment for a long time,’’ he said. “There definitely always are nerves heading into the first gam or any game. That’s different from a sense of anxiety.’’

Borland, a senior two-time captain, is coming off a season in which he ranked third on the team in total tackles with 55 and fifth in solo tackles with 26.

The loss to Clemson in a College Football Playoff semifinal has never left his system.

“Our motivation comes from not finishing the job,’’ he said. “That fire is still there. We still remember it.’’

This will be a Big Ten season unlike any other with non-conference games being cancelled, no marching bands or cheer leaders and no spectators in the stands.

Artificial crowd noise will be pumped through speakers. That’s how different it will be.

Borland realizes the Buckeyes might not make the playoffs if they slip up once during their nine-game schedule. The SEC, ACC and Big 12 have had huge head starts over the Big Ten.

“There is no room for error,’’ he said. “You don’t’ have a few games under your belt before conference play.’’

Mattison said the linebackers bring a lot to the defense because they’ve been through just about everything.

“This is a special group and it starts with their leadership,’’ he said.