I’m saying goodbye to the garden this week, the finishing touches to soil, time and effort that once again been good to me, and for me.  And nothing can take its place…nor do I want it to.

I said goodbye to an old friend this week, if only temporarily.

I plowed down my summer garden – principally the tomato plants – all that was left from a summer of sweet corn, melons, a few beans and pumpkins.  And I say temporarily because it’s something that I’ll do again next year, and every year after that I have left.  For you see, this is one friend that you never have to worry about leaving, or letting you down.  And like every good relationship, it sustains, and you get back in proportion what you put in.  It’s always worked that way, and it always will!

I hear this frequently from family and friends alike.  “All you do is work.  You never take time for anyone, or anything, you just work.”

And from family, especially, “Even the work you do is personal.”  I just call it independence, because, frankly,  it’s something most people wouldn’t want to share.

But it’s true.  I spend a lot of time ( time that I allow) planting, tilling, hoeing, and harvesting.  If it’s not that it’s collecting and stacking firewood to burn in winter.  And if that’s not enough…most of my free time is spent on writing projects.  Aside from Press Pros I serve on the editorial staff of Gettysburg Magazine (University of Nebraska Press) and spend a lot of time editing photos and working on column copy.  Man does not live by sports alone, in my case.  No, there’s history – 19th century history!

So my garden has become a sanctuary, and the most appreciated of natural resources…because I learned to live and eat naturally growing up.  And tucked between mine and my neighbor’s house there’s even a tiny orchard of peach trees that are due to be in full production next spring.  So before I ran the plow over the garden to compost things for winter, I spent last week harvesting the last tomatoes, which in a matter of hours became…tomato juice.

I LOVE tomato juice, and no other juice is as good for you.  It has more natural qualities than orange, many of the same benefits as grape and cranberry, and it’s easier to produce.  I plant thirty tomato plants every spring with the intent on canning at least 75 Mason jars of my own juice.  I cook with it (soup and chili), I make a killer Bloody Mary with it…but mostly I just drink it.  I drink a LOT of tomato juice.

If you watch the Wednesday night Press Pros streaming show on Facebook or Twitter you’ll see that I often take a sip from a mug that sits on the desk.  Someone suggested this week that we have a promotion with a sponsor, called “What’s in Sonny’s mug?”  It could be coffee, Coke, tea, beer, or some other kind of spirit…but often as not it’s just Sonny’s tomato juice.  Just plain ol’ tomato juice. 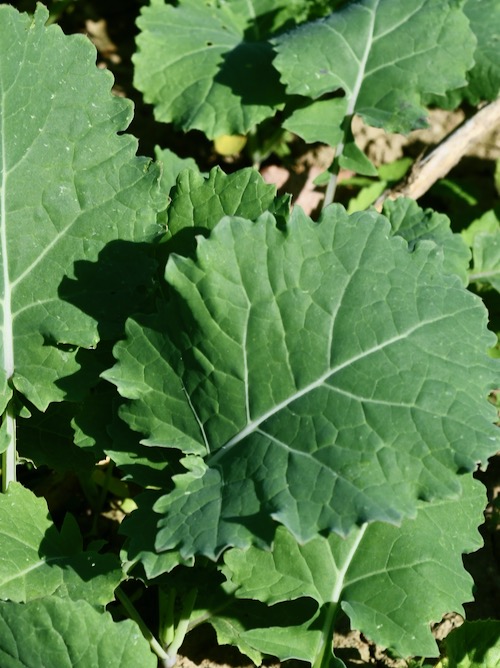 Kale…the best of the garden ‘greens’ and one of nature’s highest sources of antioxidants.

It’s better than Campbell’s because I season it to my own taste…with sea salt…and tomato juice doesn’t leave that feeling of something sticky in your throat like orange juice.  It doesn’t have the acid of grapefruit juice.  And the one property that it does have over other juices is something that really helps your natural immune system – lycopene!  There is probably no better natural source of antioxidants in nature than lycopene, something that helps protect the body against stress, environmental toxins, and some chronic diseases.  Tomato juice is FULL of lycopene.

In addition, tomato juice is very high in Vitamin C and Vitamin A, and I repeat that Vitamin C from tomato juice does not produce that mucus gunk that you get from orange juice.  And the benefits?  Well, I’ve made my own juice and drunk it for years and I’ve never had a flu shot – EVER.  I also haven’t the flu for years, and rarely a cold.  I won’t guarantee it, but I think drinking tomato juice helps.  And research also shares that it raises your system’s acid level, and that’s also a boost to your immune system.

It’s easy to make…just cut fresh tomatoes, add a little tap water, and bring to a mild boil in a two quart sauce pan – enough to break down the tomatoes to a mushy state.  Then run through a colander, measure to the capacity of the jar you’re using to can, bring the juice to a rolling boil on the stove, pour into the can and place a Ball lid on it with a screw-down band.  In about thirty minutes you’ll hear the lid go ‘ping’, and that’s your signal that the can is sealed and safe to store for the winter.  And I’ve kept juice like this for as long as three years…it never spoils!

I have a variety of cans, shapes and sizes…some of them a hundred years old that belonged to my grandmother, and probably her mother.  My own mother, who’s 93, handed them down to me, and largely she’s the one who taught me how to can and the benefits of raising your own natural food.  But what she DIDN’T teach me was the benefit of doing it for good mental health.  That I’ve learned myself – no phones, or emails, or texts when you garden – just you, the soil, and the anticipation of reaping what you sow.  Peace and quiet.

There’s one other thing, actually, left in the fall garden that doesn’t get plowed down and composted.  I love the taste of ‘greens’ – turnip greens, spinach, comfrey, and my favorite of all…kale.  And why kale?

Kale is among the most nutrient-dense foods on earth.  It’s loaded with the antioxidants Quercetin and Kaempferol, it effectively lowers cholesterol, and it’s the world’s best source of Vitamin K…which keeps your bones strong as you age.  But mostly I just like the taste of cooked kale with a pot of soup beans, a pan of cornbread, and a Jim Beam chaser – about an ounce and a half.  You have enough of that over the winter and you’ll get through anything just fine.

Not surprising…I have to do all this myself.  But more truthfully, it’s the independence of doing it myself that I prefer.  There’s nothing better. 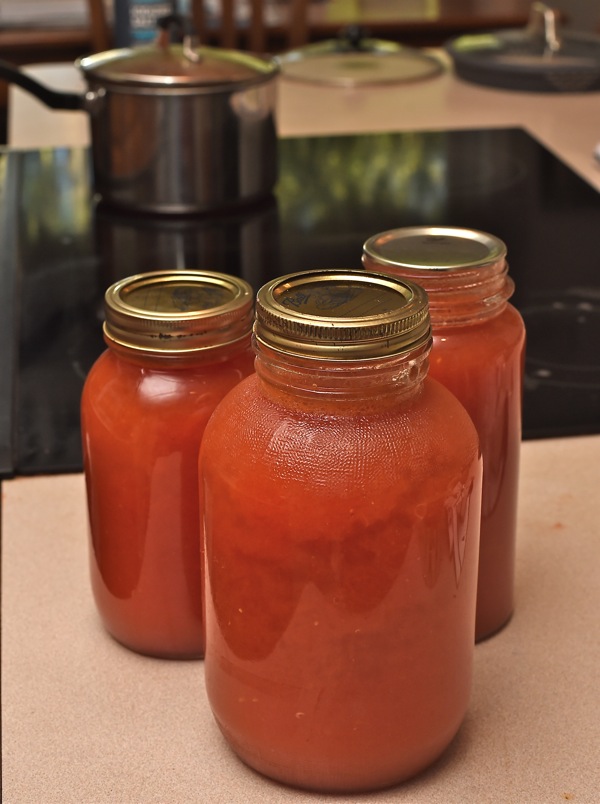 I grow a lot of tomatoes, and not for the tomatoes...but for the juice. And I've found there's more benefits than just Vitamin C. (Press Pros Feature Photos)