The pretext of the 2020 football playoffs is as arguable as some of the games are apt to be competitive.  But given the conditions of Covid, it’s better than no football at all because kids get to play.  And the adults?  That’s another matter.

You can make a number of cases for and against the pretext of this week’s first round of the 2020 high school football playoffs.

First and foremost in most minds…it’s better than no football playoffs at all, given Covid 19.  And given that most believe (including me) that high school athletes need to play.

And second, the possibility of not having a high school football champion in Ohio is just too big a concession to the Corona virus.  And in human terms we always feel better when the will to do something finds a way to get it done, no matter how tough.

And that’s one of the realities of this year’s playoffs.  People are sick and tired of being told that we’re going to be sick (and tired)…despite statistics that tells us that 96% of the population has nothing to fear at all.  So, how can you justify not playing football?

But more reality, and does the pretext for this year’s open tournament (meaning anyone can play if they want to) justify the narrative benefit…that more kids get to experience playoff football?

Argument #1 to the positive…yes, you can make the case for six weeks not being long enough for developing teams to become as competitive as they would have been by the end of the normal ten-game campaign.

Argument #2 to the positive…yes, football is a year-round commitment, and to limit the reward for all that lifting and conditioning to six weeks could have been a deterrent to participation.  And notice I didn’t say fair.  Life is not fair.  But a lot of kids might not have played football at all this year for the sake of just six games, and no guarantees of even that.  At least this way, next week was, and is, in their hands.

But argument #1 to the negative portends the almost sure reality that there are going to be some very lopsided outcomes in the early stages of the tournament – rounds 1, 2, and possibly 3, from games pitting 1-5 teams, or winning teams from weaker leagues, against the likes of perennial powers, especially in divisions V, VI, and VII – the rural schools.

But the greatest reality is this. 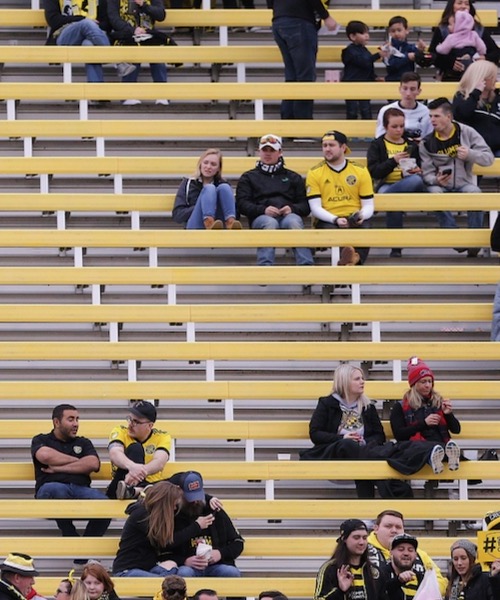 How many people can come…or will come?  And can you make up for limited seating with more games?

Given the state board of health’s directive for reduced attendance and social distancing, can you create enough revenue to make the tournament financially viable?

And given that last year’s first two rounds (with the Harbin rankings and eight teams per region) produced 42 lopsided games with winning margins of 35 points or more (meaning a running clock in the second half), is there incentive enough to attend when it’s likely there’ll be more than 42 lopsided games this year?

It’s easy to be cynical when we say we’re doing this for the sake of student athletes.  And I’m all for that, as long as there’s a platform of work/reward from which kids actually benefit…as long as the kids realize that the playoffs are something you earn through the highest practicable standard – that championship opportunities don’t come easy.

I won’t pretend.  I was critical of the Ohio football coaches’ association’s decision back in the spring to expand the playoffs to twelve teams per regions, up from eight, as it’s been for the past decade or so.  And here’s why.

Go back to my previous statement about 42 blowout football games last year…when there were only eight teams per region.  Then do your own math and tell me if we’re actually making the game of football BETTER by adding teams that wouldn’t have made it in the past? Are we teaching work/reward – to be more competitive – simply by making it more inclusive?  How can twelve teams per region turn out to be better than eight for football’s sake?  And does this not amount to just more of what we all say we hate – a trophy for participation?

Ironically, I asked a lot of coaches last spring if they favored the expansion, and most said “No”, but then told me they voted for it anyway because it meant they might be able to play at least one more game and get one more week of practice in.

But many of the same tell you that the game became too watered down with the addition of Division VII seven years ago.  And why did they do that?

Well the official answer, or course, is that it provided more championship opportunities for smaller schools – schools that may not be competitive if they’re lumped together with Division VI.

But the reality is that Division VII accounts for more games and more tickets sold…just like expanding to twelve teams per region instead of eight.  And trust it, the OHSAA needs money, given the impact of Covid.  And even before Covid they were seeing declining revenues given a drop in tournament attendance, strained budgets, and over-extension.  In an article published last spring in The Athletic, written by Tom Reed and Aaron Portzline, then commissioner Jerry Snodgrass outlined some critical financial shortfalls facing the OHSAA.

In another Press Pros article from this past July, OHSAA director of communications Tim Stried confirmed, saying, “We’ve had staff departures, we’ve had pay cuts for senior staff, we’ve canceled things that were in our future budget.  We’ve done what we can to mitigate the financial shortfall that we face in 2020.  The loss of revenue from the winters tournaments (nearly two million dollars) was a blow to us financially.”

So the reality of these 2020 playoffs is this.  If the department of health is limiting the number of people that can attend the games, the only thing the OHSAA can do to compensate is to have more teams and more games.  If the games are played with a running clock, it’ll be like seeing Elvis on one of his bad nights near the end.  Thank you for coming, anyway, and drive home safely!

And beyond?  I’d expect a return to the Harbin rankings next year, but don’t be surprised if sooner, rather than later, the football tourney doesn’t become a mirror image of the basketball tourney.  The more, the merrier.  We’re doing it for the kids, you know. 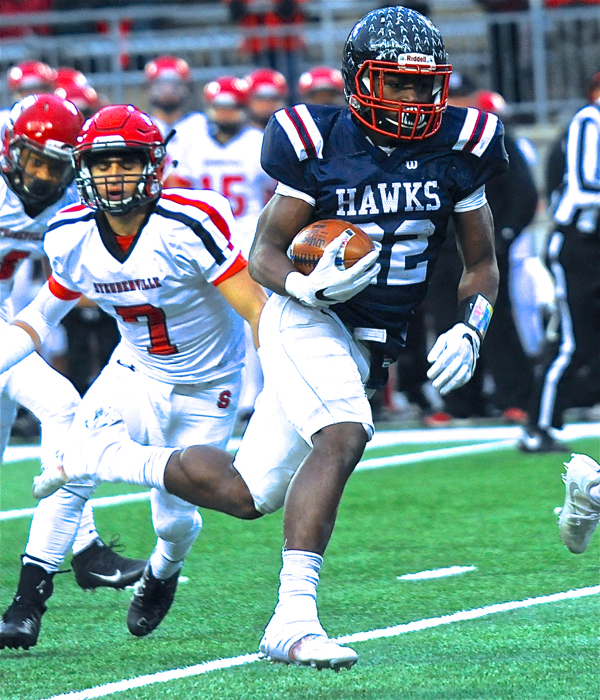