As Committed As They Come…Dave Miller And The ‘Old Ways’

In his fifth year as head coach at Kettering Fairmont, Dave Miller’s still proving that old ways can still be the best way if you execute and stay the course.  That’s what he believes, and that’s what he’s teaching.

Hands down, Kettering football coach Dave Miller is one of my favorite people in high school sports – easy to like.

In his nine highly-successful years at Covington before taking the Fairmont job in 2016, he won 86 games.  But more impressively, he ‘owned’ what he did and the way he did it – good and bad.  Every drill, every rule, every decision and every outcome Miller took full responsibility for, while teaching that same time-honored attribute to the kids he coached.

His ways weren’t always popular, nor was his love for triple option football, something he learned during his days playing quarterback for Bob Gregg at Centerville High School.

The option is not flashy.  It’s not sexy to watch.  It puts a lot of risk on quarterbacks and running backs because it’s an offense that can be fumble-prone.  And, it’s an attack that makes it hard to score in a hurry – time consuming.  Dave Miller never saw a forward pass he liked, much like Woody Hayes.

But it’s also an offense that’s hard to stop – insidious to defensive coordinators, high school and college alike, who must practice patience and discipline to defend against it.  And patience, like so many other things admirable about Miller, is one of his virtues.

He rebounded in 2017 with a 7-3 record, no longer playing against National Trail and Mississinawa…but rather Springfield, Northmont, Wayne, and Springboro – the big boys.

He repeated that record in 2018, and shocked highly-favored state finalist Alter, Fairmont’s community rival, with a 12-6 win in the season opener.

But alas, you can’t redshirt in high school, and graduation takes its toll.  He slipped to 4-6 last year, and with last Friday’s 20-6 loss to Northmont his Firebirds are off to an 0-2 start in 2020. 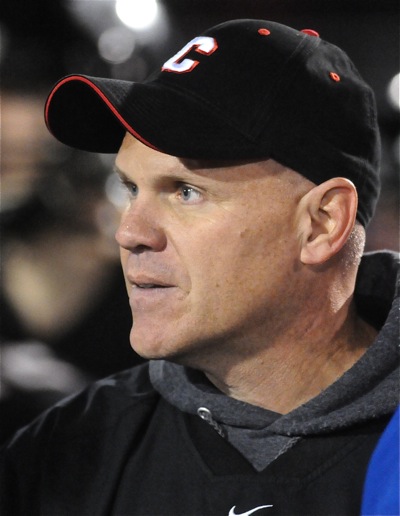 He won 86 games in nine years at Covington…and left and an  impression of character on every kid he coached.

I flipped on the replay of Friday’s game Sunday afternoon and there was Miller on the sideline…still inspired, still teaching, and still believing that old ways are still the best way…as long as you do the right things the right way.

“I’ve learned from my mistakes over the years,”  he once told me in an interview.  “So we won’t be having this discussion again.”

What he meant was…he’d committed to some necessary corrections.  Confident, grounded…he was moving on.

And what he’s learned, what he believes, he applies to everyone.  Without being a special guy…Dave Miller is special in today’s world of shifting character and participation trophies.  If you want your kid to grow up with a pretty good idea of what it takes to be respected and successful, playing for Miller is a pretty good place to start.

Be accountable.  Be dependable.  Be willing to be humble…when humility is required.

I smiled when I watched him Sunday, remembering post-game interviews and how close he came to shocking the world at Covington in 2012, when eventual state champion Marion Local could not stop his triple option and running back A.J. Ouelette.  Trailing late in that game Marion chose to go for a first down on fourth and ten, rather than turn the ball back over to Covington.

“We hadn’t stopped them all night,”  said Marion coach Tim Goodwin.  “There’s nothing to make me believe we would stopped them then if we had punted.”

Marion got that first down by a yard on a pass over the middle, then punched in the winning score.  Two weeks later they claimed the seventh of their eleven state titles, a title that could well have been Dave Miller’s.

He didn’t complain.  He didn’t blame.  Like always, Miller paid tribute to an opponent, owned his decisions, and the resulting outcome.  Character…in the toughest moment of his coaching life.

I saw it Sunday.  Nothing’s changed.  His kids still play hard, they play fair, and they own the results, win or lose.  They never knew Bob Gregg, or heard of him.  But they owe him a lot through Dave Miller.

Nor will they know how much they’ve learn from football until they no longer play.  They’ll owe that to Miller – just like those who played for him at Covington.

He’s found a new home – established the culture – where patience and character shine in comparison to the flashy alternatives of the day.  There is no easy way. 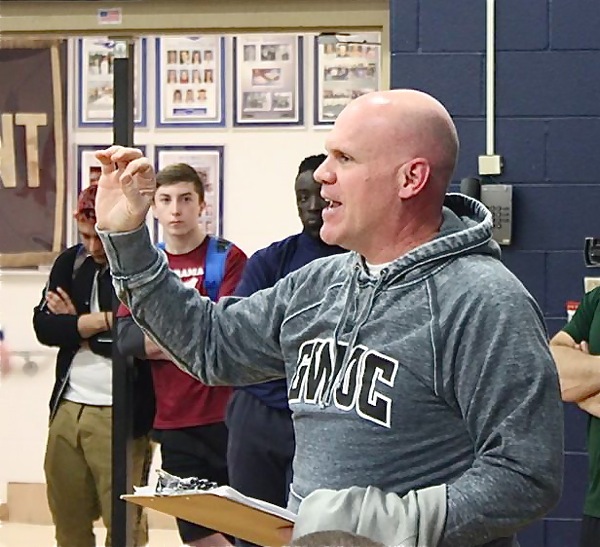 If you want your kid to grow up with a pretty good idea of what it takes to be successful, playing for Miller is a pretty good place to start. (Press Pros File Photos)