What’s Relevant About Sports, And Live While You Can…?

A mini-fest of commentary on four points, about sports as a priority, athletes and when they become a priority, and the convenience of priorities, yours and mine.

I want to begin by sharing…that if we actually do have a fall high school football season this year don’t expect much to be written by us about Coach Bob Smith and the Northridge Polar Bears.

And it has nothing to do with Smith, or the Polar Bears.  They don’t make people finer than Smith, who I think was coaching there when they were putting in I-75 just beyond the visiting bleachers.

No, the issue is that last year we wrote an expose’ on Northridge at a point in their season when they were 6-1, and rolling.  Smith always has some very good athletes, and plays against very good competition in the Southwest Buckeye League.

“That wasn’t what happened,”  Smith told me recently when I asked if Press Pros would be allowed to return.

I saw him again this week, and he asked about teams from the MAC and the Cross County Conference…but he didn’t say a thing about the Polar Bears or anything that might be a subject for another column.

Mike Mescher (biggest Northridge supporter I know and a Press Pros reader)…I think I know why.

If you didn’t hear…Jonathan Trey Brubaker, from Tecumseh High School and out of Akron University, made his first major league appearance this week for the Pittsburgh Pirates.  And there’s a very good chance that outside of his family no one in the area even remembers that the Pirates drafted him in 2015…and that he’s been around the loop through their minor league system the last five years. 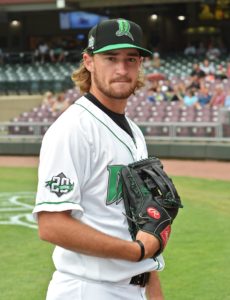 But you never saw a word about him during those tough minor league years in Charleston, West Virginia, Bradenton, Florida, Altoona, Pennsylvania, or even in AAA Indianapolis.  No, but when he made his big league debut this week against the St. Louis Cardinals – when he pitched a pair of scoreless innings, struck out four, and looked very impressive – he suddenly became relevant in the hometown newspapers.

This was the same Brubaker who compiled a minor league record of 31-28 the previous five seasons, and an earned run average of 3.60 (that’s hard to do in the minors), and….crickets in terms of local coverage!

But there’s a reason they call it ‘the show’.  Everybody remembers you and wants some time once you’re there, conveniently forgetting what it took to get there for the previous five year.

Which is why we wrote about Ohio State pitcher and Findlay High School graduate Connor Curlis last year when he won 8 and lost 6 for the Reds’ teams at Daytona Beach and Dayton Dragons…why you write about Dom Canzone (D-Backs), Andrew Magno (Tigers), and Dillon Dingler (just drafted by Detroit) on their way to the show.

The better story is always the one about the journey.  It’s gets pretty crowded once they reach the destination.

The Reds have gotten off to a 1-3 start, the bullpen has looked awful in the process, and someone asked after Tuesday’s loss to the Cubs if I thought the Reds would be relevant.

Not when you’re playing .333 baseball, for sure.  And there’s a good chance that if their luck continues for another week they may play themselves into irrelevancy before the first high school football scrimmage. 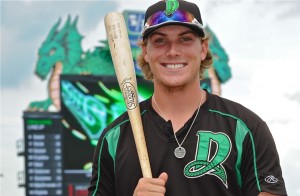 Tyler Stephenson (above) hit a home run in his first major league at bat on Tuesday.

But I won’t dump on the Reds because the whole idea about a 60-game season is irrelevant.  Because…as my baseball history mentor Hal McCoy has so often pointed out this spring the Washington Nationals started out 15 games under .500 last year and ended up winning the World Series.  Walter Johnson, Roy Sievers, and Mickey Vernon actually did turn over in the their graves, but they wouldn’t have done that this year – not with a 60-game season.

Major league baseball is a marathon, not a sprint, and as long as the national media tells them that they could get sick and die if they ‘high five’, spit, or hug someone any one of the 30 major league teams, regardless of talent, could spin out and crash like a top-fuel dragster.  There’s just no margin for error.

And this has nothing to do with the Reds…but I have little or no desire to watch.  I like the J.T. Brubaker story, or Tejay Antone and Tyler Stephenson’s debut Tuesday against the Cubs, but Covid panic combined with all the political correctness ‘BS’ has pretty much made the major league baseball season just a footnote for 2020.

And I know that Fox pays Thom Brennaman and Chris Welsh to do what they do, but no amount of smoke blowing and lipstick is gonna’ make this prettier.

It’s what the NFL is about to find out when they roll out that circus.

Finally, there’s a lady who wrote a wonderful letter to us this week, while admonishing for the story posted last week over who’s lying to us about sports, schools, and the Covid virus.

She wrote:  “You’re all hippity-skippity about sports and you don’t understand that some people actually take this virus thing very seriously.  A lot of people have died, more people get sick every day, and I don’t think that should be swept aside.”

But we still drive.  If we get the flu we don’t automatically assume that we’ll die from it, and 99%, I guess, do get over it.  And no one gives a second thought about having a heart attack when they get up in the morning.  It’s the chance you take with life.

Covid 19, 20, or 21 is the chance you take, as well, because it’s not going to go away.  There will always be germs.  You can take the vaccine for it (when it’s available), or, you can wash your hands, stay away from crowds, and trust your own immune system to protect you.

And while we’re not sweeping things aside…let’s not forget that nationally 94% of Americans have not been impacted by the virus, and just about everyone has been exposed to it.  It’s kind of like the flu.  I haven’t had the flu (or a flu shot, ever) for a decade now, but the last time I had it I had a fever for a week and felt awful for a month.  But I got over it.

I think about all the things I’ve seen and done in those ten years, life that I wouldn’t have lived had I chosen to stay in bubble wrap.  And that’s what we’re debating when we talk about kids not going back to school or not playing sports.  We’re scaring the living hell out of people for the sake of 6% of the population unfortunate enough to have gotten sick with the virus.  And not to be snark…we’ve swept the other 94%, and the science that’s protected them…aside!

With appreciation for your letter, and the admonishment, I think I’ll live while I can.  I think we all should. 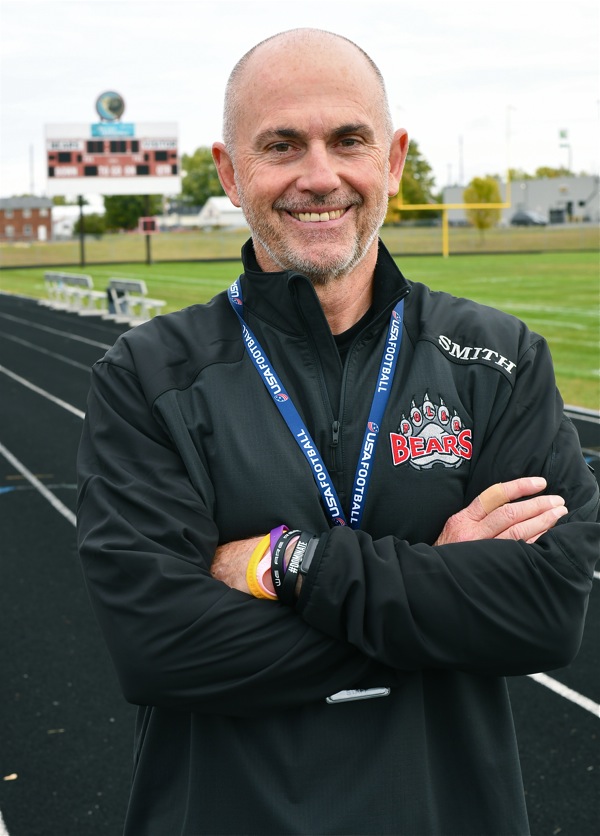 Bob Smith (above) and Northridge were 6-1 when we wrote about them last October. They never won another game. (Press Pros File Photos)