Is Your Child’s Sports As Good As You’d Like…?

It’s the modern paradox for millennials.  We want sports to teach our kids all the right lessons, and yet…if the lessons don’t fit the parent’s expectations it’s not fair, or good enough.

Pursuant to earlier posts last week by Bruce Hooley and myself over modern attitudes about sports – Hooley’s on there cannot be sports without activism, and my own about the expectation of sports teaching life lessons by osmosis – a number of people have reached out to comment, weeks before the next ‘Reader Speaks’ column.

None more poignantly than a coaching friend who asked this week, “I thought sure you’d say it, and I was waiting,”  he said.  “But it never came.”

Check out our daily specials for lunch and dinner…McSobers is a great place to eat!

“In your response to the reader who wrote that sports is the way to a better generation because it teaches kids how to get along through competition and fair play…and when you said it doesn’t work for everyone…I thought sure you’d write about parents, and their expectations.  In today’s world competition translates into ‘is my kid going to start’.  Fair play means ‘a fair amount of playing time’.  It’s not about what they learn, but how much they play and how much recognition they get.”

In the absence of actual sports his is a thought-provoking subject and phenomenon of our time.  Is your kid’s experience with sports as good as you’d like it to be?  Is it fair?  Is it fulfilling to him or her?  But perhaps the most important of all…is it fulfilling to you, as a parent?

Of course, the subject borders on poking the bull, or stirring the pot.  But to the point made by reader David Waller about competition and fair play teaching valuable life lessons, a lot of coaches agree.  You only get from it proportionate to what you put in, and ask a hundred parents about their children’s experience in sports…and a lot of them will tell you after the fact that they didn’t get a fair shot.  Johnny was just as good as Jimmy, but for some reason they liked Jimmy better.

Insignificant?  Check around the area, and around the state, at the number of coaches who lose jobs each year because of conflicts in expectation…between coach and community. 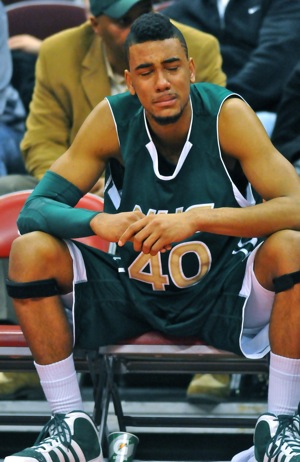 No Wonder They’re Not Having Fun…”Kids don’t work enough on shooting, even free throws,” says one area coach.

Don’t shake your head now, because I know parents and I know coaches.  I’ve been around too long and have my own experiences to consider.  I had two that played high school sports.  About one the coach said, “Talented, great in games, but doesn’t care about practice and preparation.”  About the other, the coach said, “Works hard, great teammate, loves to play – just not that talented.”  I remember sitting there back then, thinking about what they told me…and I couldn’t argue.  Fair?  The descriptions matched the two kids perfectly.

But that won’t fly today, which opens the can of worms about pay-to-play ‘elite’ sports in the off-season, and open enrollment at the school that offers your kid the best opportunity to be treated fairly, according to family expectations.  But, can you buy, or transfer, your way to athletic utopia for both parent and kid?

What David Waller wrote about was the generation he and I grew up in where you were elated if you even made the team, and depressed if you got ‘cut’.  Today, nobody gets cut because there’s too much hell to pay if they do.  We just create another team…and buy more trophies.

In our day we actually did grow up appreciating each other as teammates, because we played together every day and helped each other get better. Competition-wise, it took three years for my Little League team to finally beat the best team in our four-team league.  They were that much bigger and better than we were.  We just accepted it and kept playing.  Today there would be complaints about ‘fair’, and questions about birth certificates – show proof that he really is 13, because he looks and plays like he’s 16!

We understood, and believed our coach when he’d tell us that we had to work harder and be patient.  There were twelve kids on the team, and only nine could play.  The three that couldn’t play…I remember them well..  They weren’t just awful…they couldn’t walk and chew gum.  But they had just as much fun and their parents never missed a game, cheering the rest of us on. 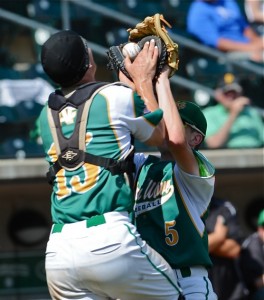 Helping hands…There was a day when community kid grew together, and improved together.  Now, they individually look for their best opportunity.

I also remember how much those three improved over the next two years, as they grew older, stronger, and more coordinated.  I’d bet they remember, too, and it made them better, more patient parents in return.

But not today.  Today parents would demand that those three played equally – that they were just as much part of the team as the more advanced kids.

Or, the better players would be stripped away and placed on travel teams for the sake of better competition and better opportunity – at the expense of the weaker kids.  Now, you keep the statistical proof at the end of the year…that next year my kid deserves to start.

“Your friend is living in the past,”  the coach said with a sigh.  “We don’t live that way no more.  It’s not the kids you have to please.”

The modern paradox of sports…and of so much more that matters!