There will be no tradition and no parades this Memorial Day because of the virus – no crowds, and maybe no cemetery salutes.  That’s fine with me.  My personal tradition is to go to the source.

There may not be any Memorial Day parades this weekend – no floats, no bands, no crowds, and probably no gatherings at local cemeteries.  Mike DeWine would have a hizzie over the thought of it.  But wear a mask in case there is.

There will be no Indianapolis 500 race, where 150,000 people crowd into the speedway on 16th Street to celebrate the holiday by watching men in machines dare life and fate at 230 miles per hour.

Probably no baseball, no car washes, and no fireworks – people getting out the boat.  I suspect there’ll not be a lot of things this weekend that you normally associate with the year’s first major holiday – the threshold of summer.  Just quiet family get-togethers – burgers, brats, and a few beers to toast how things used to be…back about two months ago.

I’m fine with it, how it is this weekend, because I haven’t done any of the above since my personal epiphany about Memorial Day about 35 years ago.  It was in the summer of 1985 and Dayton historian Bob Younger invited me to go to Gettysburg, Pennsylvania with him.  Younger was one of the giants of the Civil War publishing industry, knew the battlefield like the back of his hand, and had one of the most unique reverences for honor and sacrifice I’ve never witnessed.

It was clear to me that 55,000 Americans fell at Gettysburg on July 1, 2, and 3, 1863 – it was all right there in the books and on the tour stop plaques.  But it took Younger to make me understand just how special their sacrifice really was (see the cover photo on today’s home page),  what Lincoln would call three months after the battle, “the last full measure of devotion”, in his Gettysburg Address.

Bob took me to all the iconic spots – Little Round Top, The Wheatfield, Railroad Cut, and Pickett’s Charge – and explained to me in detail the number of casualties and how many of those men had met their fate.  Most marched headlong into musket fire from as close as thirty yards away.  Others met an even more gruesome end, canister (one-inch iron balls) fired like a shotgun shell at point-blank range from a 12 pound Napoleon cannon that cut down dozens of men at time…like a scythe slicing through standing wheat. 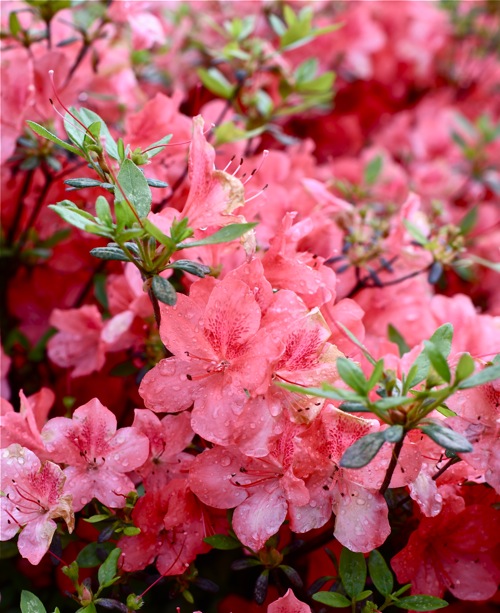 Softer now…wild rhododendrons grace the ground where Americans once fought at Gettysburg.

120 years after the fact Younger swore he could feel the shock of battle, the cries of the wounded, and pleads of the mortally wounded for a merciful end to their suffering.  He explained to me how many, with a premonition of their coming death, would pin a slip of paper inside their uniform with their name, and hometown, so they could be positively identified after the fact and have their remains sent home to loved ones.

He showed me houses on the Baltimore Pike, witnesses to the battle, that were commandeered as field hospitals and surgical sites, the plank flooring still stained with blood from the operating tables, a century later.

He showed me Evergreen Cemetery, the site of Lincoln’s address, and explained to me why some graves were marked with the soldier’s name, state, and unit…while others were simply given a number.  “The ones with numbers were so badly mutilated they couldn’t be identified,”  said Younger, more than once his voice failing as he spoke.

He often told me, “Come here as much as you can, while you can.  It’s important – how great a price someone paid to give you the privilege.  Don’t forget that, and tell someone else when you’re as old as me.”

And so I do, and I have now for almost a quarter century.  Almost without exception I’ve spent Memorial Day weekend at Gettysburg, remembering Bob Younger, who’s gone now, and the 55,000 casualties from the three most wicked, savage, and bloody days of fighting in the history of American wars. 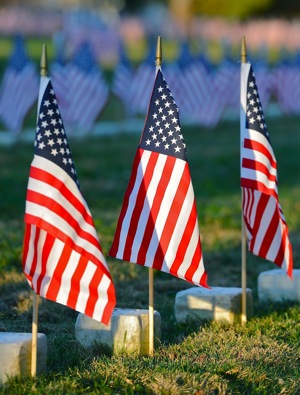 Ones that could be identified were buried with name and rank. Those that could not be were laid to rest with a simple small stone, and a number.

Ironically, I’m now the age that Younger was when he first brought me with him to the great battlefield.  I see it with his perspective.  I feel the suffering and sacrifice.  Like Bob, I often drive down the Emmitsburg Road, or Confederate Avenue to the stepping off point of Pickett’s Charge and just park, sitting in silence as the wind rustles the sedge and summer wild flowers that now shroud the hallowed ground of the fallen.  He would sit for the longest time without saying a word, lost in his appreciation for their valor and sacrifice unspeakable.

I think of him now, while thinking to myself that there will never come a day again when Americans are so heroic  and committed in the manner of the veterans at Gettysburg.  We don’t have that in us anymore, that kind of desperation;  and we don’t fight to win wars nowadays, just to negotiate the best conclusion and the most generous terms of withdrawl – the best political image.

But there was a time when we did…at Gettysburg, at Normandy, Pearl Harbor and Iwo Jima.  And that’s what I’m thinking about this weekend as I walk the familiar trails and absorb the landscape of battle like Bob Younger once showed me.  I don’t walk as fast now, but that’s a blessing, too.  It gives me more time to reflect – to appreciate – that last full measure.

Better than any parade, any band…burgers, beer and bratwurst.  This is how I do Memorial Day! 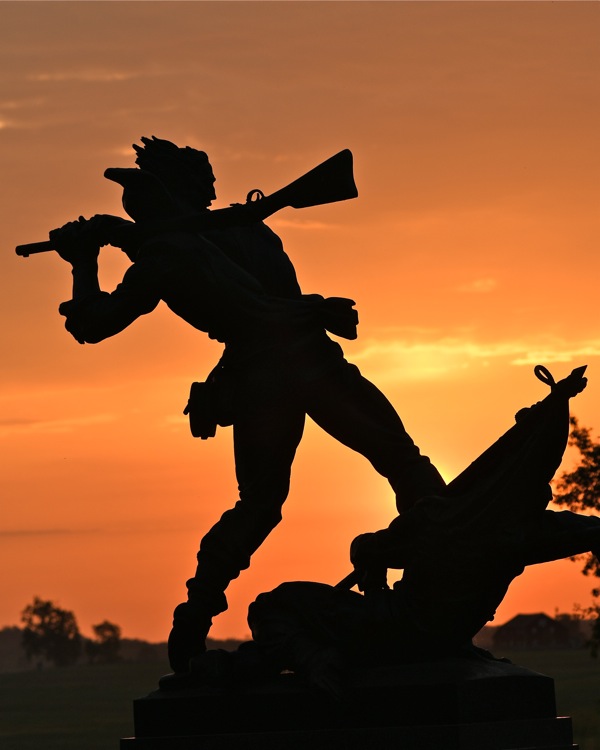 Symbolic of some of the most brutal fighting in American history, the monuments at Gettysburg leave little to the imagination as to the cost we celebrate on 'Memorial Day'. (Press Pros File Photos)