New Bremen’s Macy Puthoff and Minster’s Trent Roetgerman have been tabbed for the 2019-20 sponsor scholarship award for top male and female student athletes in the Midwest Athletic Conference.

Recipients of the MAC scholar-athlete awards are selected from student-athlete applications reviewed by an independent committee of area teachers, school administrators, and guidance counselors – based on overall athletic achievement, scholastic achievement, and personal essay. 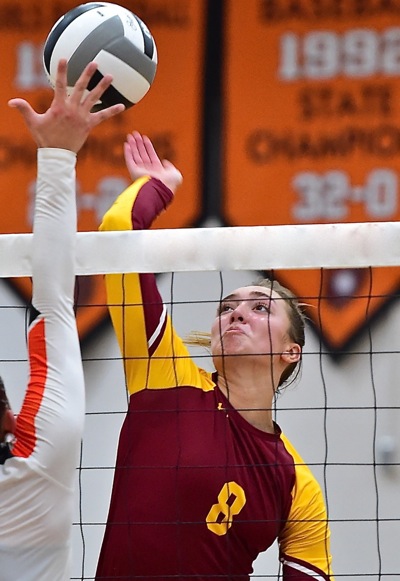 “Volleyball has influenced me to work harder and always believe in myself, qualities I will use for the rest of my life.”  –  Macy Puthoff

Puthoff was a near unanimous selection, based on her four-year experience in both volleyball and track and field. She was a member of the Cardinals’ first-ever state championship team (volleyball) in 2017, and made three trips to the Final Four, winning their second Division IV title last November, over Fort Loramie. Her conference, region, and state recognitions are too numerous to list, but clearly, Puthoff was one of the best volleyball players in the MAC for the last three years.

“I push myself to be the best volleyball player I can, never shying away from a pressure situation. I try to find my inner confidence,” said Puthoff in her application essay. “Staying calm is essential. You can’t freak out. Volleyball has influenced me to work harder and always believe in myself, qualities I will use for the rest of my life.”

In addition, she’s a First Team All-State track participant and will participate in both sports at Indiana Wesleyan. Puthoff graduated high school with a 4.0 GPA and scored 30 on the ACT test.

Trent Roetgerman was a three-sport athlete at Minster – football, basketball, and baseball – but it was in football where he made the biggest impact, where as a wide receiver last fall he landed First Team All-MAC recognition, and topped that after the season with First-Team All-State recognition in Division VI.

He helped the Wildcats grab a share of the MAC conference title (9-1, 7-1 in league play), and a berth in the post-season playoffs, where they lost to eventual state champion, Anna, in the first round.  As a sophomore he was a member of the Wildcats’ 2017 Division VII state championship team. 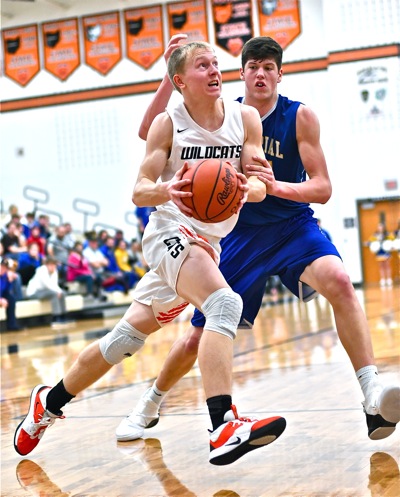 “Lessons you learn from sports can change your entire view on life. It’s why I played three sports. I wanted to get as much from my high school experience as possible.”  – Trent Roetgerman

In basketball, the 6’2”, 190 pound forward helped Minster to a 14-8 record before falling to MAC rival Parkway in the district tournament semi-final round.

“In football, especially my senior year, I tried to outwork the guy across from me, and be tougher than him,” said Roetgerman in his application essay. “Babe Ruth once said it’s hard to beat someone that never gives up, and that quote has been my motivation.

“Lessons you learn from sports can change your entire view on life. It’s why I played three sports. I wanted to get as much from my high school experience as possible.”

Roetgerman graduated with a 3.72 GPA and scored 27 on the ACT, and  represents the second Minster athlete to receive the Press Pros sponsor scholarship, joining Jared Huelsman, who won it in 2017.

Macy Puthoff is the first-ever New Bremen athlete to win the Press Pros sponsor award, since its inception in 2013. 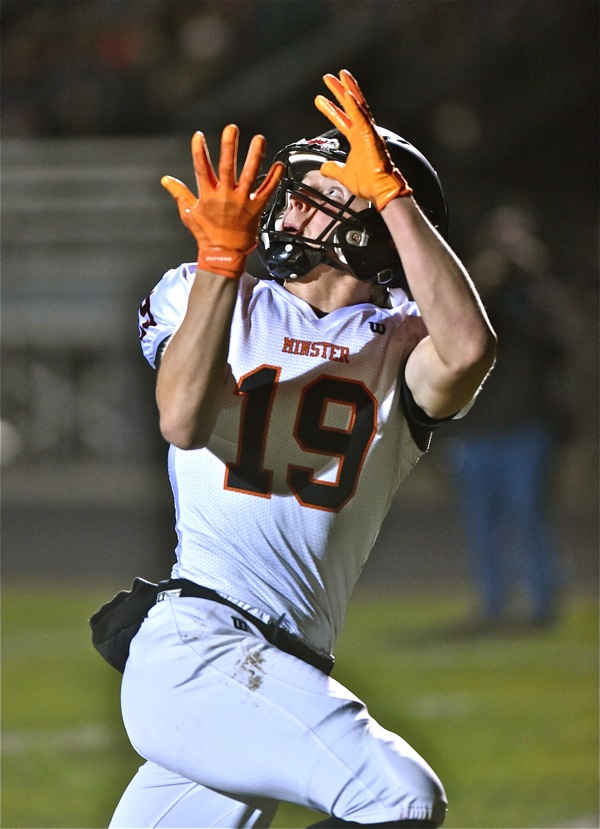