Champions?…Simple Solution To A Prevailing Sentiment

In the wake of the OHSAA cancelling the state tournaments for winter sports, and uncertainty about playing anything in the spring, there is one alternative solution for closure that no one seems to consider.

If there is a prevailing sentiment from the past month among area high school sports fans…it’s one of disappointment over the Ohio High School Athletic Association ultimately canning the girls and boys state basketball tournaments, along with those for wrestling and ice hockey.

You hear it over and over……

“I feel so sorry for the kids,”  administrators, fans, coaches, and parents claim, citing a lack of closure for the season by not determining a champion – for the athletes’ year-long season of hard work and preparation.

“The kids got screwed.”

“They deserved something better than this.”

“It’s a shame there wasn’t some alternative solution.”

I’ve heard ’em all.  And yet, what can you do?  The OHSAA simply followed the safe health initiative of medical professionals and other agencies – the NBA, the NHL, the NCAA – in trying to limit the spread of the Covid-19 virus.  And had they not they would have come under certain political fire for not being sensitive, or more sensitive, or caring…of putting business as usual before the reality that people are getting sick and dying from an unforeseen calamity – a damned if you do, damned if you don’t alternative.

The OHSAA did the right thing.  We all know that, with varying personal convictions over how much quarantine is really necessary – another reality.  Whether we admit it or not, no one likes their daily routine or their business interests put under this much stress or upheaval.

And I personally agree that it is a shame that there was no closure to the obvious fact that some teams in boys and girls basketball, Divisions I through IV, were outright favorites to walk away from the tournaments (had they been played) as state champions.  Their body of work speaks for itself, through the regular season, sectional, district, and regional tournaments.

So why not give the people what they want – and what the kids deserve in some fashion – by now naming a state champion, giving them their trophy, taking away at least some of the emptiness of having done all this work – coming this far – for nothing?

Simply follow the polls, like they used to do in football, and declare that in girls basketball Cincinnati Mount Notre Dame (Division I), Circleville (Division II), Berlin Hiland (Division III) and Fort Loramie are the state champions for 2019-20…as represented by the final Associated Press poll from February 11?  It’s right there on the OHSAA web page for some reason, so why not use it in this case to give the kids what they earned up through February 11? 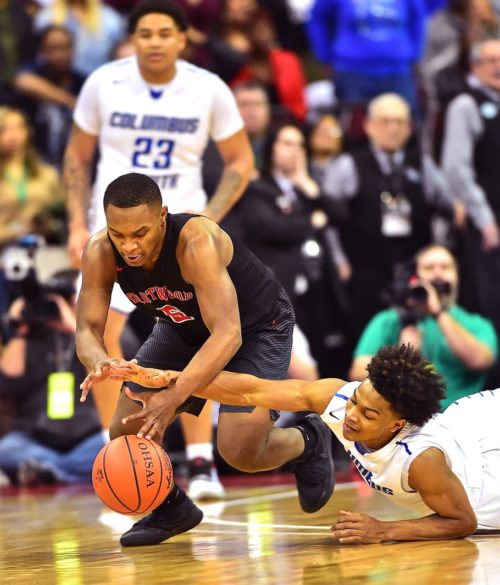 Does it account for the surprise outcome, or ‘upset’?  Of course not, but who’s going to argue that in the face of a pandemic, anyway?

On the boys side…give Moeller the trophy in Division I, Lima Shawnee in Division II, Harvest Prep in Division III, and Columbus Grove in Division IV, as listed in the AP’s final poll from February 17.  Give them the trophies, call it good (or good as you can make it), and put an asterisk in the record book with this designation:  It isn’t perfect, but it’s the best we could do…in 2019-20!

No, it isn’t perfect, and the mere fact of my suggesting it will bring a storm of disapproval from those who say that it proves nothing…that it’s a hollow championship…that the kids (again) deserve better, a chance to prove a championship on the floor.

All true, but at what risk?  And when has anyone gotten what they want, ever, because they ‘deserved’ better?

Does it spark more questions than answers?  Sure, but wasn’t that good enough for football from 1947 to 1971, prior to the current tournament format adopted in 1972.  And I’ve noticed that those trophies (or banners) are still front and center in schools like Covington and Ironton.  People who played back then are no less convinced of being the state champion as if they’d determined it on the field – proud of the recognition from such a then trusted source as the Associated Press or UPI (when there was a United Press International).

Does it account for the surprise outcome, or ‘upset’?  Of course not, but at a time like this…a mere technicality.  Sports has always been about a few ‘what ifs”.  I mean, are you that much of a football snob?  Is your old leather helmet still displayed on the mantel?

What we’re talking about here is doing the best we can, with the information we have.  And what we know is that the Fort Loramie girls were wire-to-wire #1 in the state, 26-0, and won 60% of their games by 40 points or more against a very good strength of schedule.  Give equal tribute to Mount Notre Dame (girls), Moeller (boys), Lima Shawnee (boys), and Berlin Hiland (girls).  So what if it isn’t perfect?  It is consistent, given those teams’ record for championship consistency in the past.

Will someone feel slighted?  Yes.  Will someone still argue?  Yes.  I’m sure there’d be someone willing to gripe while being hooked up to a ventilator from a hospital bed.  But that’s not the point.

The point is…there is a way of giving closure to the 2019-20 high school winter sports season, imperfect as it may be, by simply naming a state champion based on the input of all those AP ‘experts’ who put their observations on the line each week…but never their names.  Something is better than nothing.

And they’re right.  The “kids deserve something better” than the way it is now.  My observation and my name…are now on the line! 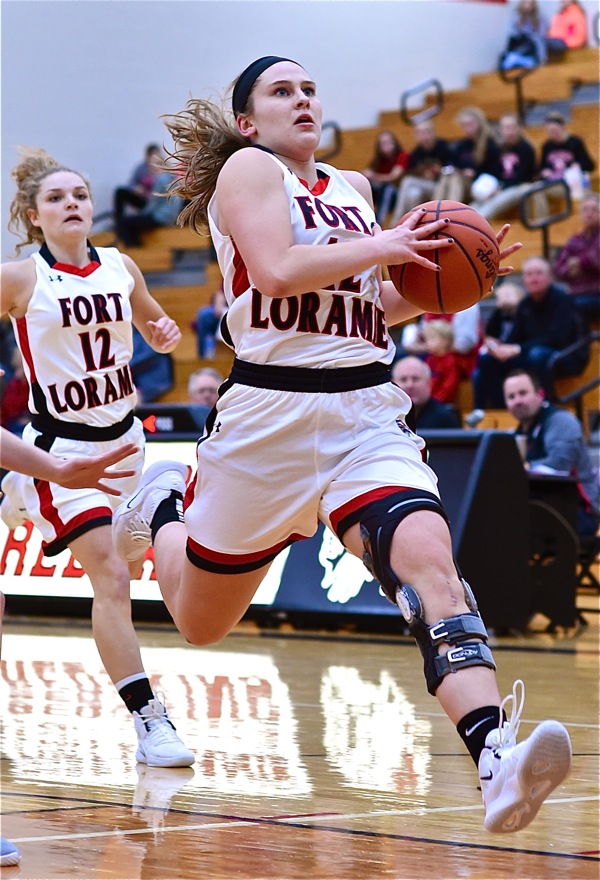 You do the best you can with the information you have - Loramie ran past opponents to a 26-0 record, was ranked #1 wire-to-wire, and won 60% of their games by 40 points or more. (Press Pros Feature Photos)