Bucks Hold A Party At The Plate, Clobber Harvard

The Buckeyes rebound from recent hitting woes with 15 hits, a couple of long-awaited home runs, and a brilliant starting performance by sophomore Garrett Burhenn.

DeLand, Fla.—Maybe it was the product of frustration, maybe a little anger. Possibly, Ohio State’s players simply relaxed and found their hitting stroke.

Whatever the case, a team that had shown a lack of confidence with the bats and little plate-discipline came alive Saturday afternoon in the Stetson Invitational and put a pounding on Harvard–Dillon Dingler and Conner Pohl leading the way.

The win broke a three game losing streak and improved the Bucks record to 4-7 heading into Sunday’s finale in the three-day tournament.

When it was all said and done, the Bucks had collected 15 hits. Seven different players had two or more hits and four drove in two or more runs. A team that desperately needed a shot of confidence held a party around the plate.

Keep in mind this performance came on the heels of another humbling loss. Ohio State fell to Stetson Friday night, 9-1. They were held to six hits and struck out 13 times. In short, it had the look of too many of their previous losses and suggested this team was just not coming together.

Saturday’s performance dampens those suspicions, at least for the time being, especially since so many got into the act and with such success. 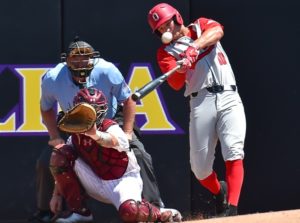 Additionally, OSU was out on strikes just seven times and drew nine walks. If you’ve been watching, strikeouts have been a major concern. Friday night, for instance, the Buckeyes were out on strikes 13 times.

Given OSU’s offensive showing, the game was decided very early. The Bucks scored two in the first, five in the second and were up 13-1 after five.

But for all the enthusiasm this game might inspire, it should be pointed out that Harvard is not a baseball Mecca. As a rule, their players are often more concerned about the MCATS or LSTATS than their batting averages or an ERA.

Sunday in the tournament finale, Ohio State meets Fairfield. The Stags were 1-6 entering Saturday night’s game against Stetson and were having their own problems at the plate.

In their previous seven games, they were outscored 59-23. In two losses against Boston College, they were beaten 19-6 and 20-1. 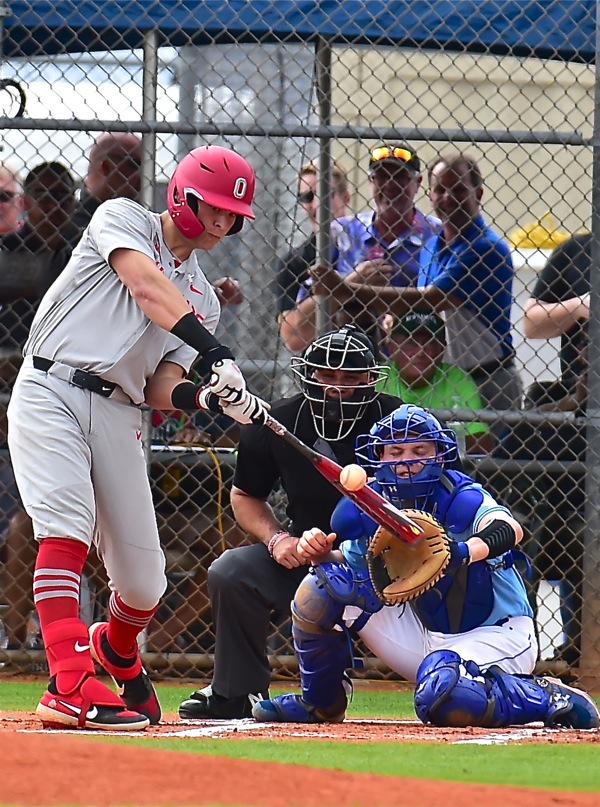 Senior Conner Pohl got off the power 'schneid' with a 2 for 5 day and his first home run against Harvard. (Press Pros File Photos)