History, As Told By Tom Cartwright…

If you’re a in Nashville there’s more than just music.  For those with an ear for Civil War history, no on tells it better than Franklin, Tennessee’s Tom Cartwright.

Nashville, TN – On a cold rainy Friday morning his unmistakable voice boomed over the phone.

“Marse Sonny, are we still on?  I’m running about 15 minutes late.”

On time or late, that was music to my ears because I like history – Civil War history – and Franklin, Tennessee’s Tom Cartwright is as good as it gets when it comes to interpretation and story-telling.  The long-time historian for the Carter House, and presently the Lotz House (across the street on Columbia Pike) is simply unmatched for his knowledge, passion and personality in describing the tragedy of the period between 1860 and 1865, especially in western Tennessee. 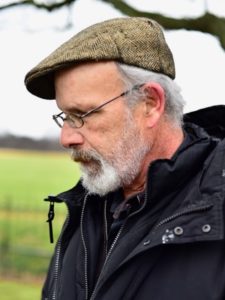 He’s appeared on the History Channel, when it ‘was’ about history, and is a frequent speaker at Civil War Roundtables from coast to coast. He’s been here in Franklin all of his life, dedicated it to a knowledge of the history of the war between the states, and a tour with Tom Cartwright is simply an unforgettable experience.

I first met him a quarter century ago on a trip to Shiloh, where he was lecturing a different group apart from my own, wearing full Rebel garb as he impersonated Confederate private Sam Watkins, the private soldier depicted in the Ken Burns PBS series on the Civil War.  We became friends, have stayed in contact since that day in 1996, and he again greeted me warmly on Friday.

The Lotz house is one of several period homes built just prior to the battle of Franklin, fought on November 30, 1864 – a battle in which an angry Confederate commander John Bell Hood committed the remaining remnants of the Army of Tennessee against insurmountable numbers, trying to drive the Federal army out of Tennessee. Hood failed on that day, tragically, but the Lotz house still stands as a monument to the heartbreak and suffering of the locals.  Every house in Franklin was commandeered as a hospital for the wounded and dying. 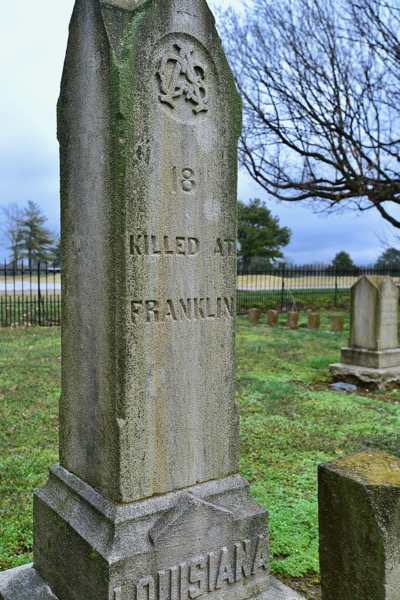 One of the grim reminders of history to be found in Franklin, Tennessee.

Cartwright knows every detail…and points out the cannonball damage still evident to the plank floors of the living room – the blood stains that saturated the carpets and left lasting marks on the knotty pine beneath them.

In the McGavock cemetery just south of town he knows the details of nearly every one of the 5,000 Confederate interments.  And in the public cemetery in center of town he tells the story of an unknown soldier whose unmarked grave was unearthed in 2009 by a bulldozer excavating a site for new restaurant in downtown Franklin.

“His skeleton was found intact, but no one could really tell if he was Federal or Confederate,”  says Cartwright.  “So he was reinterred with full military honors a month later.  Thousands of people came and ringed the cemetery to witness the occasion.  His grave is now known as the grave of the unknown soldier, and it’s marked with remnants of stone from the original state capital.”

Another favorite Franklin story is that of Captain Tod Carter, who grew up here, fought for the Confederacy, was captured in 1863 during the Battle of Chattanooga, but escaped Federal custody to rejoin the Rebel army sometime in the summer of 1864. 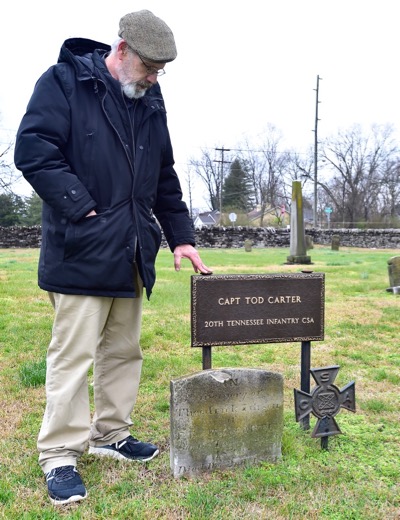 Tom Carter at the grave of Captain Tod B. Carter, a local resident who came back to die during the attack on his home, November 30, 1864.

“He was born and raised here in Franklin,”  Cartwright tells of Carter.  “He grew up in a brick house just across the Columbia Pike from the famous cotton gin that was here during the battle.  And he was here again during the battle in November.  He told his comrades that day that he was going home, one way or another, and he was shot in the head as the Confederates waged hand-to-hand combat with Federal troops entrenched just outside the foundations of the Carter household.

“When his body was recovered the day following the battle he was still alive and carried to the living room of his home.  He died there in the midst of his loved ones, who had survived the furor of battle by hiding in the cellar.  His dying words were, “Home, home…”  They extracted the bullet that killed him after his death, it was preserved, and I have held that bullet in my hand, an amazing artifact of history.”

Tod Carter is buried 50 yards from the ‘unknown soldier’ in the Franklin Cemetery.

Tom Cartwright is a fascinating find, a true southerner with a passion for people and history which he shares as few can who are left on God’s green earth.  If you want to experience him for yourself you can – literally an emotional step back in history.  Just Google the Lotz House, Franklin, Tennessee, pick up the phone and schedule your own personal time.  It’s worth the trip.

Be prepared to be amazed…and bring a handkerchief. 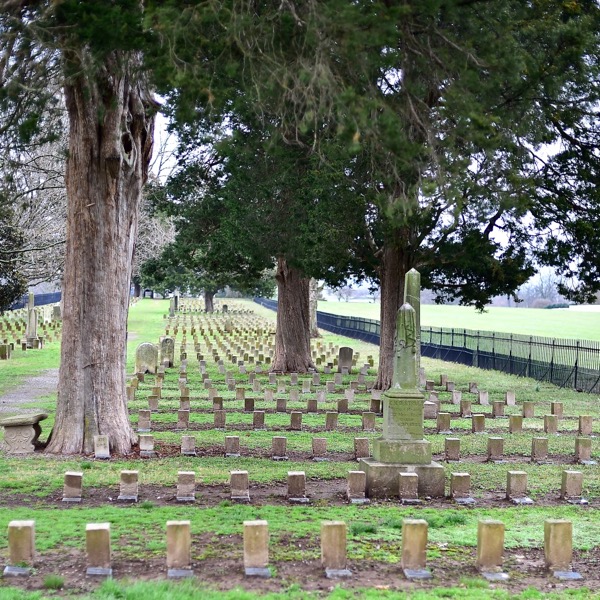 The McGavock cemetery is the final resting place for 5,000 Confederate veterans who witnessed the Battle of Franklin. 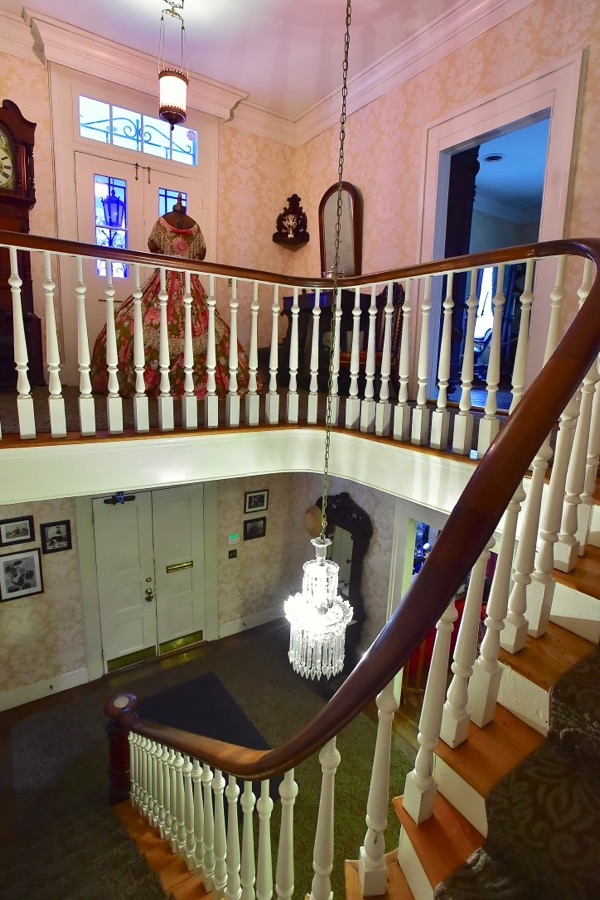 Built in 1858 by a German immigrant, the Lotz House in Franklin survived the battle and lives to this day to tell about it through the words of historian Thomas Cartwright. (Press Pros Feature Photos)