The brotherhood enjoyed by the Versailles boys basketball team will make the Tigers a tough out in the Division III postseason tournament.

Versailles, OH – They refer to themselves as a brotherhood. And as the Versailles Tigers’ boys basketball team celebrated its undefeated Midwest Athletic Conference season together, senior Austin Toner recalled one of his earliest Band of Brothers memories.

“I wasn’t even sure I was going to play high school basketball when I was in elementary school,” said Toner, who at 6-6 is the tallest player on the varsity roster and needed a little more time for his coordination to catch up to his growing frame. “As I developed and I got to know my teammates, they worked with me and I got better. We got better as a team and we have great chemistry. Being able to look back on the younger days when I was in the stands watching, now knowing I’m a MAC champion my senior year is the best feeling.”

Versailles capped an undefeated MAC season with a 48-38 victory over Delphos St. John’s in front of the home crowd on Friday night. The Tigers, who improved to 9-0 in the MAC and 20-1 overall, were presented with the MAC trophy for the first time since winning back-to-back titles in 2015-16 and 2016-17.

Versailles coach Travis Swank acknowledges the kids who lifted the trophy don’t look the most athletic. Outside of Toner they don’t have much height, either. But there’s one thing his Tigers team has plenty of.

“We have a lot of good kids. Fighters. Kids that just know how to get it done at the end of the day,” said Swank, who took over the Versailles program when this year’s group of seniors were freshmen. “Our kids just know how to win.” 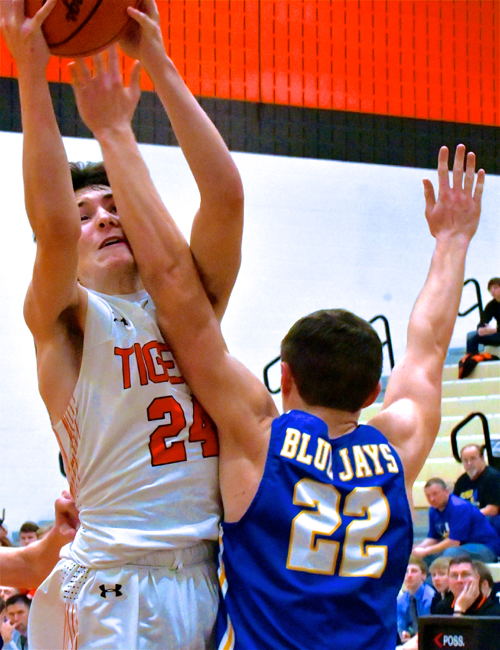 In a physical MAC game, Versailles’ Cody Naftzger takes some contact as he powers to the rim.

Nineteen times this season, in fact. And they’re not done yet. Versailles hosts Greenville on Saturday night to conclude the regular season. Then it’s the Division III sectional tournament opener with Carlisle at 3:30 p.m. on Feb. 22 at Vandalia’s Student Activity Center.

Versailles was 12-10 heading into last season’s sectional tournament. The Tigers reeled off three straight wins to reach the regional semifinals before falling to Cincinnati Purcell Marian to finish the season 15-11.

With this year’s success there’s reason to be optimistic once again.

“I think since the beginning of the season we’ve had a target on our back with how well we did last season,” Toner said. “Every game this year the target gets bigger. We knew  that was going to happen and we’re ready for it and excited for it.”

But behind the MAC’s No. 2 best offense (53.6 points per game) and No. 1 defense (42.25 points allowed per game), the Tigers were never seriously threatened in the second half. Senior Michael Stammen made sure of that. Stammen scored 14 of his game-high 20 points to lead the Tigers.

Stammen entered the game averaging 17.9 points, second only to Parkway’s Caleb Kinney and his 19.2 points. 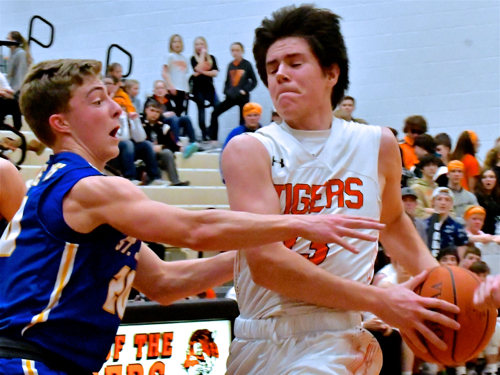 Teams haven’t had much success slowing down the Versailles Tigers — or Connor VanSkyock as drives through the Blue Jays defense.

“They mean a lot to me. They’re great kids. They do everything I ask,” Swank said. “They lead this team the right way and it shows out here on the court.”

Versailles has a modest two-game winning streak since a 51-37 loss to Shelby County Athletic League champion Anna on Feb. 1. Not that either team is looking ahead to it but Versailles and Anna’s paths would cross in the regional championship game.

Martin hopes to be ready to rejoin his brothers on the court well before that. He’s in a walking boot and hopes to kick it off soon. He did start Friday’s game and watched the rest from the bench once officials, in a show of sportsmanship from both teams, stopped the game immediately after the opening tip to allow Martin to exit the game.

“It’s still fun watching, sitting on the bench rooting for your teammates. But I’d much rather be out there,” Martin said of his brothers.

After the Tigers put on their MAC title T-shirts, mingled with family and friends for photos and celebrated with the trophy, they planned on taking the party to one of the player’s houses.

“I think it’s our chemistry. We’ve been playing together since fourth grade,” VanSkyock said. “When you play with guys for eight years you get to know about each other and how you like to play. … I like our off-the-court relationships. We joke around with each other. I’m going to miss them next year.” 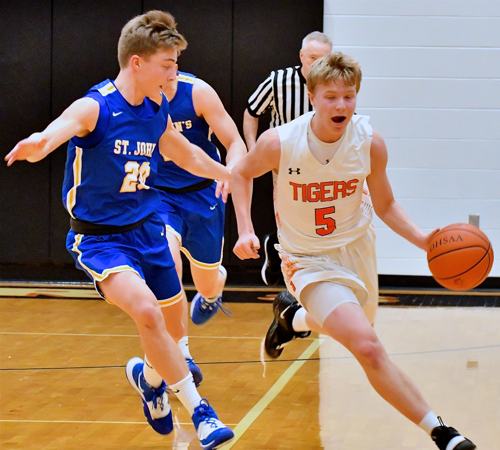 Senior Michael Stammen led Versailles with a game-high 20 points, 14 of them in the second half.

The Band of Brothers hasn’t broken up yet, though. There’s still plenty of basketball to be played for the Tigers. And navigating through the MAC gauntlet to perfection provides the confidence boost to keep them going.

“It felt great (holding the trophy),” Naftzger said. “When I was younger they held the MAC trophy up to the fans. I loved that. I always wanted to experience that and I’m thankful I was able to.

“One thing (coach Swank) always says is don’t be complacent. We just have to live up to the hype and play our game. … Just go out there and play as hard as you can. The outcome is the outcome. We’re all tight. We’re all family, basically. We love each other and play for each other.”

Perhaps no one knows that better than Toner.

“It’s worth (sticking with basketball) to play with these guys,” Toner said. “I’m so glad I did.” 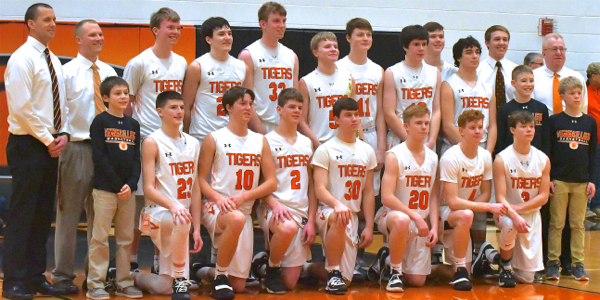 The Versailles Tigers won the Midwest Athletic Conference with a 9-0 record in the league and are 20-1 overall. 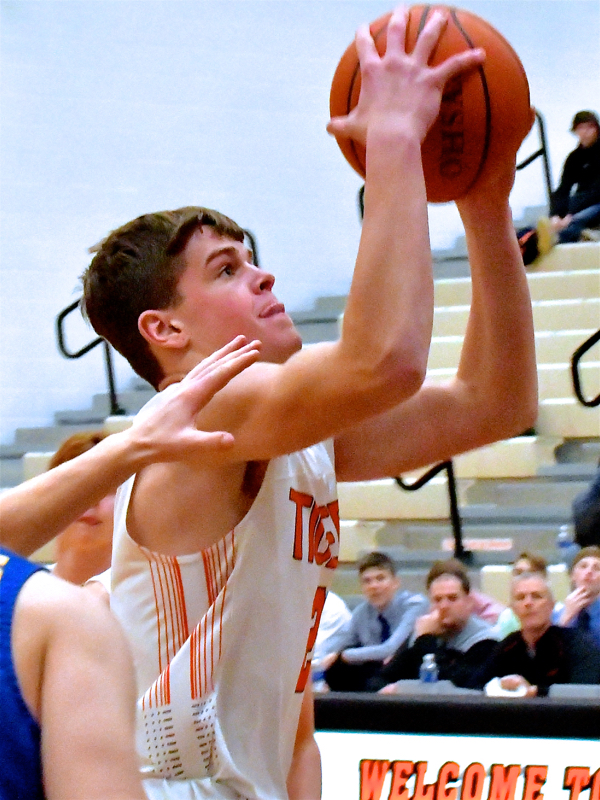 Jared DeMange drives the lane late in the Tigers' win, just missing a layup that rolled off the rim. (Press Pros Feature Photos By Greg Billing)