It’s something innate…something almost sensory…the appreciation for staying warm in a more natural, less expensive way. And no source of heat feels, or smells, better.

Time out…for something warm and sensory on a cold winter day – something that feels and smells better than crowded gyms and smelly locker rooms. Warmth that makes you feel better than just comfort on the surface. It makes you warm all over.

Sunday was a firewood and Johnny Walker day. It was 11 degrees when I got up, put on the coffee, and looked forward to the priority of just being warm and comfortable. Turning off the furnace, I turned to the wood burning stove that commands the central room to our home. It’s been there for thirty years – the same stove and trusted friend – and I rely on it on days like Sunday, the source of warmth external, as well as internal. 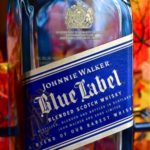 I live in a house that my dad lived in previously, and years ago he taught me the advantages and the thrift of burning firewood to keep warm. Dad detested the oil companies with a passion, especially when gas and fuel oil crept over a dollar a gallon. He was a Depression baby, terrified of being hungry and cold, so he largely spent his summers growing a garden for food…and cutting and stacking firewood for heat, come winter.

He taught me all about trees – wood – and the differences in its efficiency as fuel. Dad was a conservationist in one regard, because I don’t ever remember him actually cutting a tree down…he just harvested from that which was already on the ground. He would walk through the woods, identifying ash, hickory, maple, and oak – each of which differed in how hot they’d burn, and how long they’d burn. 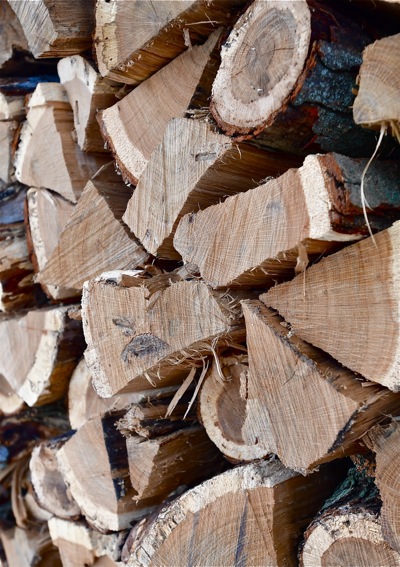 My dad taught me about trees and wood – hickory (above) burns hot and smells great on a cold winter day.

He knew a lot of farmers with woodlots and tree lines, people who believed that a healthy woods was a clean woods. They approved of down trees being removed to make room for the next generation of growth, and we spent many a hot summer’s day cutting, splitting, and hauling wood.

I thought of him Sunday, and how much he would appreciate the smell of my wood-burning stove; because years ago, when I moved into his house, I perfected the process of making the house both safe and efficient to burn wood.

I took his old brick chimney and inserted a stainless steel liner, insulating it top to bottom with cement to make it safe from creosote and chimney fires. And now, from November to April, there’s a fire in the old Brunco stove nearly every day.

In addition, I’ve equipped every room in the house with a ceiling fan, because heat rises and those fans do a great job of distributing heat. Except to help regulate the house for the first half hour of the day, the basement furnace rarely runs.

Like dad, I learned to burn different wood for different days, and temperature. I don’t burn maple because it makes too many ashes. On the other hand, I burn a lot of ash because the ash borer has made it readily available…and it burns hot.

On colder days I burn hickory, because it burns hotter than ash and makes less ash residue to carry out. 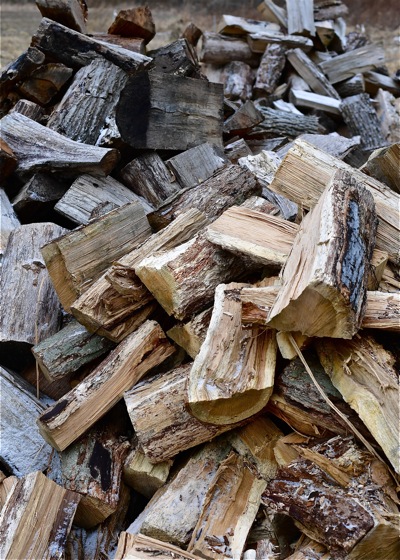 And on the coldest days, and nights, I keep at least two cords of red oak and hedge apple (or locust), the hardest, and hottest woods you can find. They burn a lot longer, hotter, and there’s almost nothing to carry out when it’s gone.

Unlike my dad, I also burn certain woods simply for the way they smell. Maple and ash is just smoke. But hickory and oak is like airborne cologne. Nothing smells better, and nothing is more satisfying than to stand in the yard on a calm winter’s night…and just smell that smoke. Dad would never waste time like that, but I do.

Nor would he like Johnny Walker.  Like the smell of hickory and oak, I’ve always enjoyed the aroma and taste of Scotch, because Scotch whiskey is flavored by burning peat – heavy, smokey, and while the wood warms from the outside in, a sip of Johnny red, black, or blue is the perfect complement to warm you from the inside out.

The forecast this week is for snow and temperatures in the 20s.  I’m not concerned. On a typical year I lay in about eight cords of wood and get my exercise by moving it from behind the pole barn to back porch, where it’s kept dry and convenient.

I hear people complain about winter every day. My mother-in-law just sold her belongings and moved to Florida because she hates the cold. But I’m fine with it, and I don’t mind carrying wood and ashes. People tell me I’ll change when I’m 80, but my grandfather lived ’til he was 86 and sat by a wood fire right ’til the end.

I’m not concerned about global warming, fossil fuels, geo-thermal, or green energy. Protest if you wish, I simply use what nature’s provided. I’ve perfected the art of staying warm. 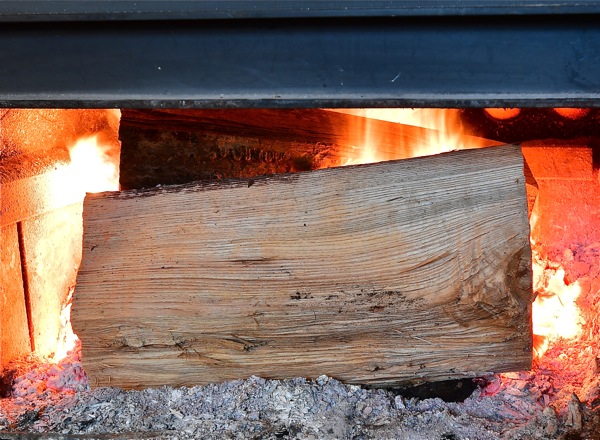 My stove has been here as long as I have. And at the rate I'm going, it'll be here after I'm gone. It weighs nearly a thousand pounds. (Press Pros Feature Photos)