Cheating Gets A Bad Rap…How Baseball Lost Its Way

The latest question of sports and ‘black eyes’ needs to be clarified as to what constitutes behavior and acts outside the protocol of both sportsmanship and fair play.

Baseball, by most accounts, got a black eye this week with the announcement by the Houston Astros that they had fired their manager and general manager for cheating during the 2017 season and the World Series.

They did it through technology – television cameras stationed at strategic points in the ballpark to steal the opposing teams’ signs and then relate that information to personnel in the dugout. In other words…let your guys know what’s coming before it comes.

People are turned off by this, or course, and they call it cheating…which by definition, it is.  But in reality, most of those have no idea about what constitutes ‘cheating’ because they never played, and they don’t understand that simple observation of an opponent can yield immeasurable advantage, and the right and wrong of what you see and what you do with it as natural as a hiccup.

But there needs to be clarification. To a certain extent there’s always been cheating in sports – IF you believe that cheating amounts to observing what an opponent tells you – what he’s going to do – and you adjust accordingly. And as one who’s played, watched, and covered baseball all my life I’m boldly stating that in at least this case…cheating has gotten a bad rap.

For instance, it’s not cheating when a runner on second base sees the catcher put down one finger for a fastball and lets his teammate at the plate know by signaling in some manner – extending his right arm. That’s been done forever and its inherent upon the other team to disguise their signals, which has also been done forever.

Accordingly, it’s not cheating when a coach figures out that the other team is going to steal a base…and adjusts by pitching out to give his catcher a better chance at throwing out a runner. It’s not cheating, it’s good and observant coaching.

When I played at Ohio State everyone in the Big Ten knew when our coach squeezed his nose with his thumb and forefinger it was the sign for the suicide squeeze play. He’d done it that way forever, the rest of the coaches knew, and they adjusted. It was dumb on our part…smart on theirs.

In football, when a team runs the same play from the same formation the opposing coaches are going to notice, and they’re going to be waiting there to stop it…because they know what’s coming.

None of this is cheating. It’s good coaching, and it’s inherent for teams to make adjustments on both sides.

But what happened in Houston, and Boston, is different. This was not done by players on the field, or coaches in the dugout. It was done through cameras and the technology of transmitting information electronically from as far away as a quarter mile. 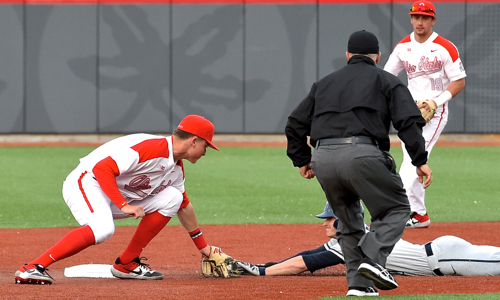 For that matter, it was done by geeks in horn-rimmed glasses with laptops…people who never played…people who couldn’t steal a sign from the dugout if you gave it to them in writing – people who don’t even know baseball. They know computers and networking.

And in this instance I do blame baseball for going outside the game itself to gain an advantage…when they knew that it was not within the parameters of competitive protocol.

There ARE certain things understood – that you don’t bunt when you’re up ten runs late in the game, or steal a base. And if you’re a hitter hammering the baseball pitchers are going to throw at you if you’re taking advantage of the strike zone. This is how the game is played.

Stealing signs with a TV camera is not, and it gives cause to suspect every fan from this point on who goes the ballpark with a pair of binoculars just to get a closer look at the action on the field.

Sign stealing used to be a point of pride. It meant that you were a good baseball man, observant, and looking for a way to give your team a competitive advantage – nothing more than ‘scouting’.

Now it means you’re a ‘con’…a geek who never heard of Ted Williams, who never broke in a glove, or kept trading cards in a shoebox.

Horn-rimmed glasses and a laptop. 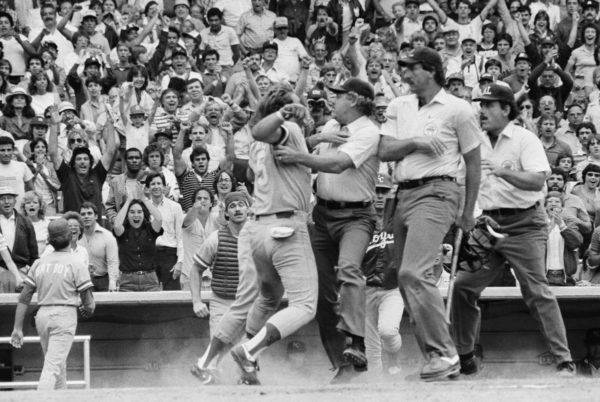 One of baseball's all-time arguments stemmed around whether Kansas City's George Brett had cheated by applying too much pine tar to his bat. One man's opinion...he did not! (Press Pros File Photos)