Vegas odds on the Buckeye vs Wildcats were 1-5 for the Buckeyes?   The Buckeyes rolled their dice, played most of their cards right, and came away with a win over Kentucky heard ’round the country.

Columbus – (Las Vegas) People in the crowd majoring in the art of nay-saying surely have their scissors out and are furiously cutting away at Ohio State’s body of work despite its No. 5 national ranking and 11-1 start to the season.

The Buckeyes’ most recent trophy catch was Kentucky in the CBS Sports Classic on Saturday at T-Mobile Arena in Las Vegas.

These people, who never see sunshine on a cloudy day, will say this Wildcats team cannot compare with the one-and-done powerhouses that coach John Calipari put together in most of his previous 10 seasons in winning one national championship and going to four Final Fours.

True, Kentucky does shoot the three-pointer like nerds in gym class. It ranked 332nd out of 351 Division I teams before tip-off.

It does not have even one NBA lottery pick in the making on its roster, and the depth that used to go to the end of the bench simply does not exist.

Yet what Ohio State did to Big Blue in a 71-65 victory was thing of beauty in a Billy Conn-Jake LaMatta-Joe Frazier kind of way in that it was a slugfest minus the head butts and kidney punches, and the strongest and strongest-minded team won out. 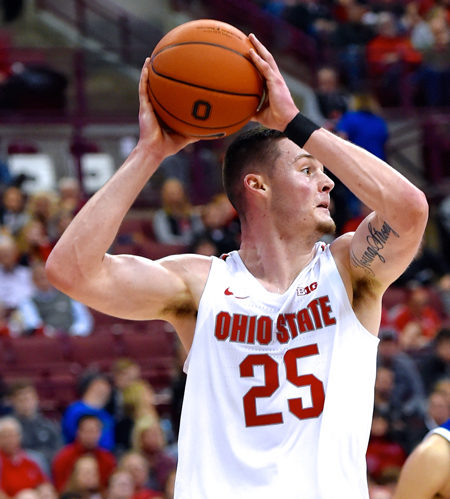 Kyle Young scored ten points for the Buckeyes in their win over the Wildcats.

The story of this ballgame was in-your-face man-to-man defense, some zone defense as a change of pace and some outrageously good help defense in the paint.

Kentucky shot just 42.4 percent and couldn’t find enough space, let alone clear paths, to get the ball to the hoop when the trey obviously was not an option beyond 6-foot-9 Bucknell graduate transfer Nate Sestina. He was 5-for-9 from three.

Here are examples of the Buckeyes defense:

Back-to-back plays in the second half strongly signaled that Ohio State had the intestinal fortitude for such a high stakes game.

Fans will remember two free throws by D.J. Carton that made the score 51-44 when he was fouled with the shot clock running out.

The play that gave him that opportunity was a blocked shot by junior forward Andre Wesson on Maxey on what looked to be a sure lay-up.

Twice, Kaleb Wesson drew charging fouls the first with 18:24 left against Tyrese Maxey and then less than a minute later, also on Maxey.

With 4:20 remaining and Ohio State cuddling a 59-56 lead, Wesson blocked Sestina on a point-blank lay-up attempt.

It looked like the Wildcats had a wide-open look for a three-pointer from the side with 3:02 left, but Carton hustled down court for the blocked a shot. 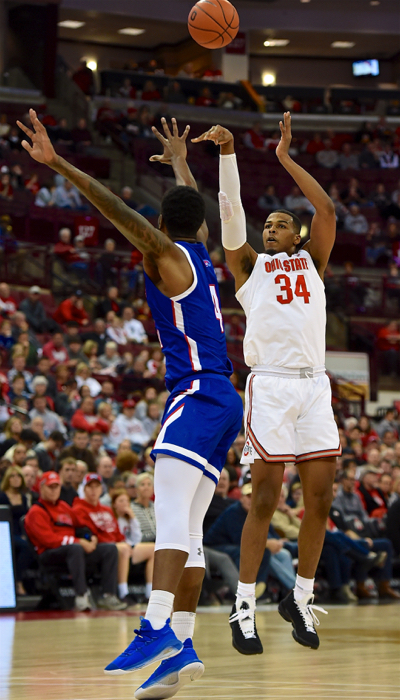 Kaleb Wesson scored ten for the Buckeyes but fouled out in the the fourth quarter.

Okay, this very well might be a Kentucky team that has no real shot of making the Final Four.

Remember, though, the Buckeyes had lost to the Wildcats (8-3) in six of the last seven games.

So, you say, Ohio State’s victory over Cincinnati also won’t be all that important when the NCAA tournament committee meets to seed the 64 teams.

The Bearcats lost to Bowling Green and were pushed around by inter-city rival Xavier. But take a look at this week’s upset of No. 21 Tennessee.

What about the fact that North Carolina, like Kentucky, isn’t really North Carolina this season with five losses before Christmas? The Tar Heels did beat UCLA yesterday.

Then there is Villanova, which is really young and doesn’t bear the foggiest resemblance to coach Jay Wright’s two national championship teams.

If you were paying attention, the Wildcats took down No. 1 Kansas earlier in the day.

Let’s be honest here: Who thought Ohio State would be fortunate to win even two of the five big games on its non-conference schedule?

They have won four of them with only West Virginia left on December 29 in Cleveland.

This looks to be a season without even a clear-cut No. 2 or No. 3 – Kansas was the fifth No. 1 to go down – and the national championship is truly up for grabs. 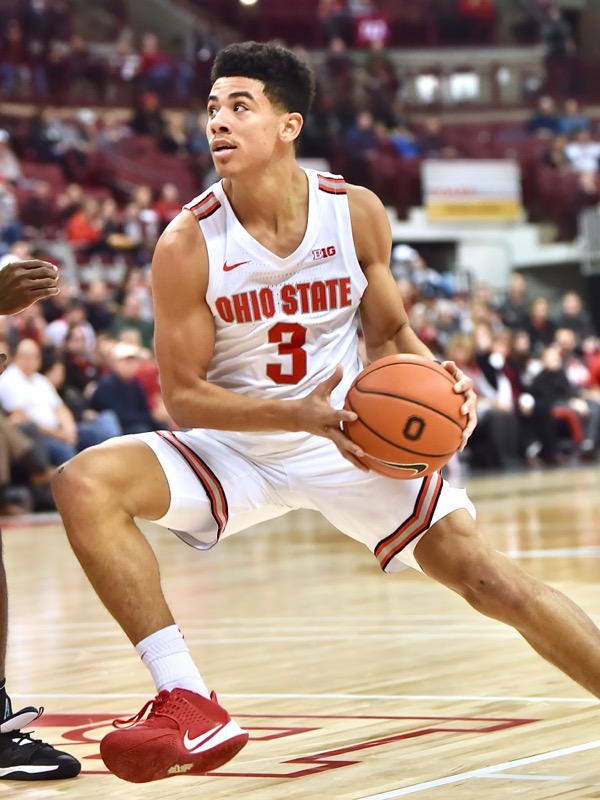 DJ Carton hit it big in Vegas with 15 points and five rebounds in the Buckeyes win over Kentucky. (Press-Pros file Photos)