McCoy: Overtime Not For Flyers…Lose For The Second Time In Extra Minutes

Flyers come close, but can’t close the deal in Chicago…lose for the second time in two years to Colorado…lose valuable opportunity for revenge, and resume’.

ENGLEWOOD — When it comes to overtime, the University of Dayton basketball team would be better served to say, “No thanks,” and save their effort and energy.

First, it was to Kansas in the Maui Classic, the nation’s No. 1 team until the Jayhawks lost Saturday night to Villanova by a point.

This time it was to the University of Colorado in the ‘Chicago Legends’ event at the United Center Saturday night, 78-76.

And the Flyers held a 76-75 lead until the buzzer, until D’Shawn Schwartz buried a three-pointer just before the orange light on the backboard lit up, signaling Dayton’s doom.

Schwartz, a left-hander, was unguarded, uncovered, poised at the three-point line as if standing on the corner in Winslow, Ariz.

Colorado knocked the Flyers out of the NIT in the first round last season, so a UD win would reap revenge. And the win would be a gold star on their resume’.

Instead, the 13th-ranked Flyers are certain to plummet in next week’s rankings.

On the final play, the Flyers, though, were intent on surrounding Colorado’s McKinley Wright and ignored Schwartz. And they paid mightily.

Wright originally signed with Dayton, but de-committed when Archie Miller left UD to coach at Indiana. When Wright left, the Flyers signed Crutcher. 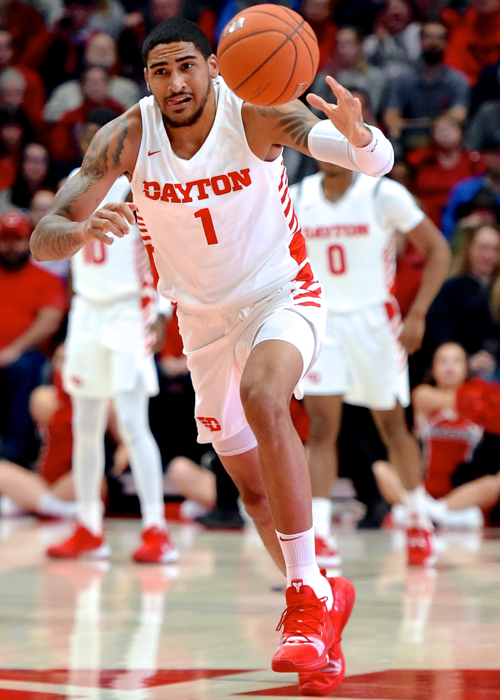 Obi Toppin hit a three-pointer that took the Flyers into over-time.

Before the game, Wright said to the media, “I want this game, I need this game.” And he nearly took it from the Flyers himself, despite the fact the large gathering of UD fans booed him every time he touched the ball.

Just two games ago, against Colorado State, Wright went 1 for 11 from the field. But on this night he scored a career-high 29, despite playing the second half on a twisted ankle.

The Flyers began the game as if they were playing Colorado Mechanical Drawing Institute or Colorado School of Mines.

They hit eight of their first nine shots and scored on their first eight possession and constructed a 19-5 lead. Was the party over? Not yet. Colorado hadn’t even put on their party hats yet.

Suddenly, the Buffaloes, known for their choking defense, clamped down on the Flyers. They forced turnovers, they forced bad shots and they commanded the backboards.

And nothing changed in the second half. The Flyers were one-and-done on offense while Colorado consistently had three and four shots each possession.

From there, Colorado moved away, grabbing a seven-point lead, 51-44 with 12 minutes left. And they kept two or three steps ahead of the Flyers. Wright hit two free throws with six minutes left for a seven-point 61-54 lead.

Finally, the Flyers awakened and Colorado blinked. Ryan Mikesell hit a three and Trey Landers stole the ball and dunked on a fast break to get UD to within two, 61-59.

Obi Toppin passed the ball inbounds from under the basket. Instead of posting up, he sprinted to the top of the land, caught a pass, cast a three. Miss.

Wright made one of two free throws to give Colorado a three-point lead. This time with six seconds left, Toppin took the same top-of-the-lane shot. . .and buried the three to tie it, 66-66, to send it into overtime. It was Toppin’s first ‘3’ after missing his first four tries. 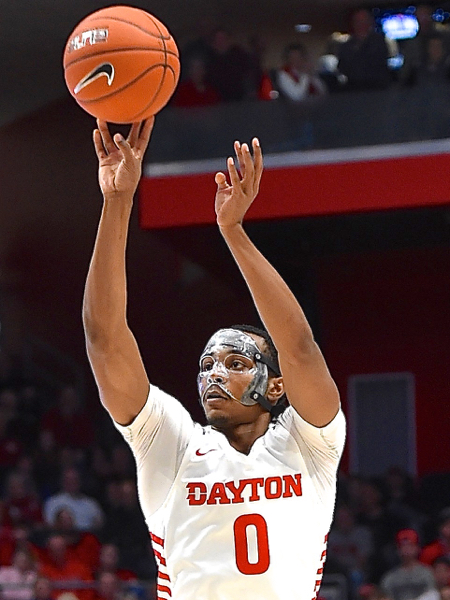 Rodney Chatman connected for 12 points in the Flyers loss to Colorado.

UD actually led by three midway through the overtime when Ibi Watson drove the lane with 1:37 left, giving the Flyers a 74-71 lead.

Colorado’s Tyler Bey made two free throws, Toppin missed a shot in the lane and Schwartz drove to the basket to give Colorado a 75-74 lead with 30 seconds left.

To get his 29, Wright was 10 for 22 and 8 of 10 from the foul line and he snagged 10 rebounds. He entered the game averaged 11.3 points. Schwartz, averaging 10.4 points, doubled that with 20 and hit five of seven three-pointers, including the game-ending dagger.

Husky and muscular Evan Battey had nine points and 13 rebounds. The Buffs outboarded the Flyers, 42-32 and 17 of Colorado’s rebounds were on the offensive boards.

Crutcher led the Flyers with 19 points and Toppin added 17 and seven rebounds as the Flyers made 32 of 64 shots, 7 of 19 from three. But they added to their misery by committing 14 turnovers. 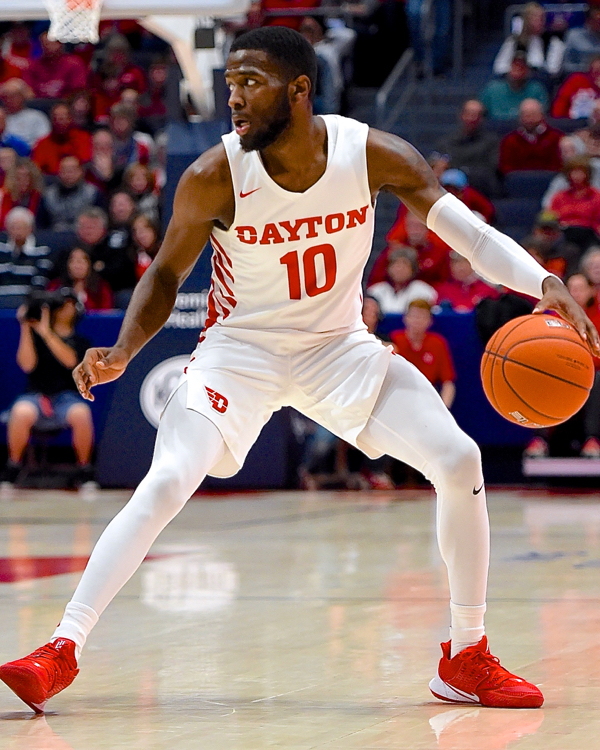 Jalen Crutcher was lights out, and led the Flyers with 19 points in loss to Colorado. (Press Pros File Photos)