The Good, The Bad, The Ugly….Troy Holds Off Xenia

It was some parts good and some parts ugly for the Troy Trojans Tuesday night, but it all added up to a win as they improved to 3-1.

Troy – For the better part of this decade, the Troy Trojans and the Xenia Buccaneers have been on the opposite ends of the basketball world.

Playing as members of the Greater Western Ohio Conference, Xenia has posted five straight double- digit win seasons, including back to back GWOC South titles in 2015 and 2016.

Troy, on the other hand, has struggled mightily. The Trojans have had 7 consecutive losing seasons since a 17-7 mark in 2011-12, and last year’s 10-win effort was the only time they cracked double figures in wins during that span. 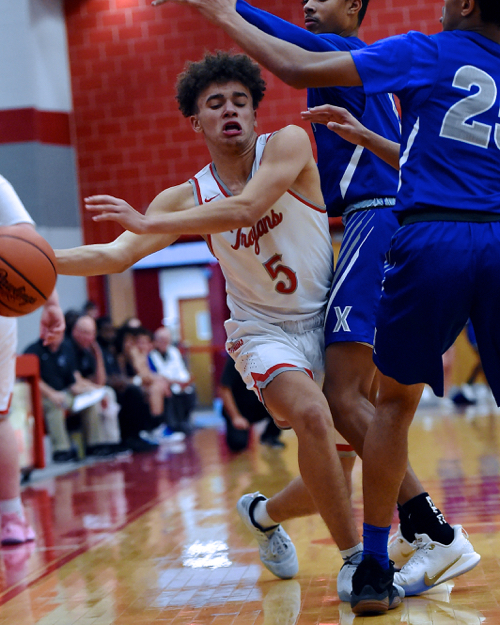 Jaden Owens threads the basketball around a pair of Xenia defenders.

Early returns this season indicated that maybe that dynamic was beginning to change. Troy carried a 2-1 record into Tuesday night’s Miami Valley League crossover affair at the Trojan Activity Center, while Xenia came in winless in three outings.

All in all, the game showcased two teams still trying to find themselves. Troy lost most of a 14- point third quarter lead before recovering down the stretch to hold off the Buccaneers 52-46 before a sparse, quiet crowd.

Troy first year head coach Mark Hess was relieved to get a win.

“Yeah, I guess a grind is a good way of putting it,” he said in response to my question. “It’s good to grind your way to a win. We aren’t shooting the basketball very well right now, and it’s hard to look good when the ball is not going in the basket.”

The first quarter was a back and forth affair that featured 5 ties and two lead changes. Xenia, behind ten points from 6-3 freshman Shawn Thigpen, led 16-13 before Troy scored the final 5 points of the period for an 18-16 lead after one.

Troy increased the margin to 14 early in the third quarter, but then hit a lull offensively. Xenia scored 8 straight points to get back in it and finished the quarter outscoring the Trojans 11-3. Tough to call it a run because it took over five minutes to compile, but the Buccs were still within 6 heading into the fourth. 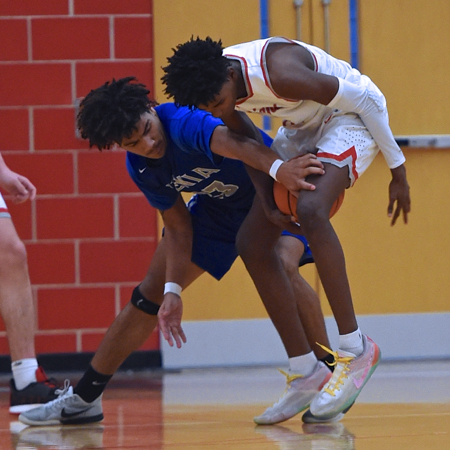 Tre Archie traps the ball between his legs…keeps it from a Buccs defender.

“We got a little stagnant in the third period when they made that run,” Hess said. “We have been talking about being patient, but I thought we got too deliberate at that point. They got close but we were able to make some plays late when we had to.”

Thigpen, who had been pretty much invisible after his big first quarter, re-surfaced again early in the fourth, hitting his third three of the game to close the gap to 42-39. He could have tied it on the Buccs’ next trip down the floor, but his three from the same spot clanged off the iron.

At that point, the Trojans regained control. Shaeden Olden, a 6-3 junior and the Trojans leading scorer through three games, hit a three to restore the lead to nine, and the Trojans hit enough free throws down the stretch to improve to 3-1 overall and 2-1 in the MVL’s Miami Division.

Olden was a beast at both ends of the floor, leading the Trojans with 16 points and grabbing 14 rebounds. Jaden Owens finished with 14 points and Tre Archie added 8 and grabbed 9 boards.

Unofficially, the Trojans shot 38% from the floor, 25% from the arc, and 70% from the line, going 14 for 20 at the stripe. Troy entered the game averaging 17 turnovers but committed just 12 against the Buccaneers.

Thigpen, who scored 9 points in Xenia’s first three games, led the Buccs with 13. Gavin Gerhardt, who averaged just 2.7 points through three games, scored 8 of his ten points after intermission to lead the comeback. Kevin Johnson also finished with 10. 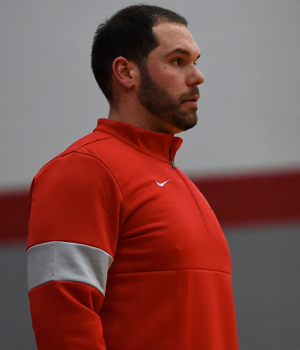 Coach Hess:  “Every day is a learning experience.”

Hess, who spent the previous five seasons as the Beavercreek head coach, said the Trojans are a work in progress.

Troy will try to take another step toward that goal Friday night when the Trojans travel to Fairborn for another MVL crossover game. 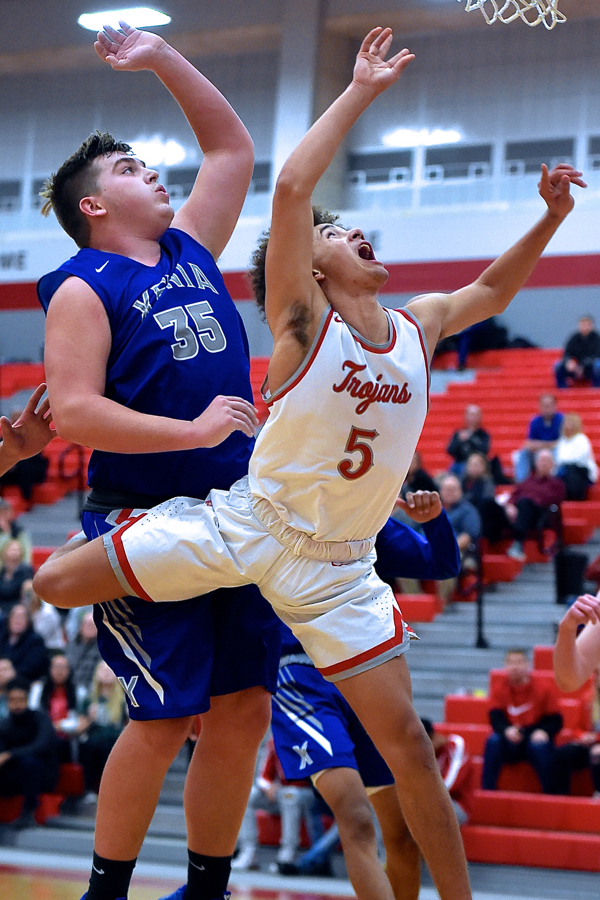 Jaden Owens expects his shot to go in…or at least hopes it does. 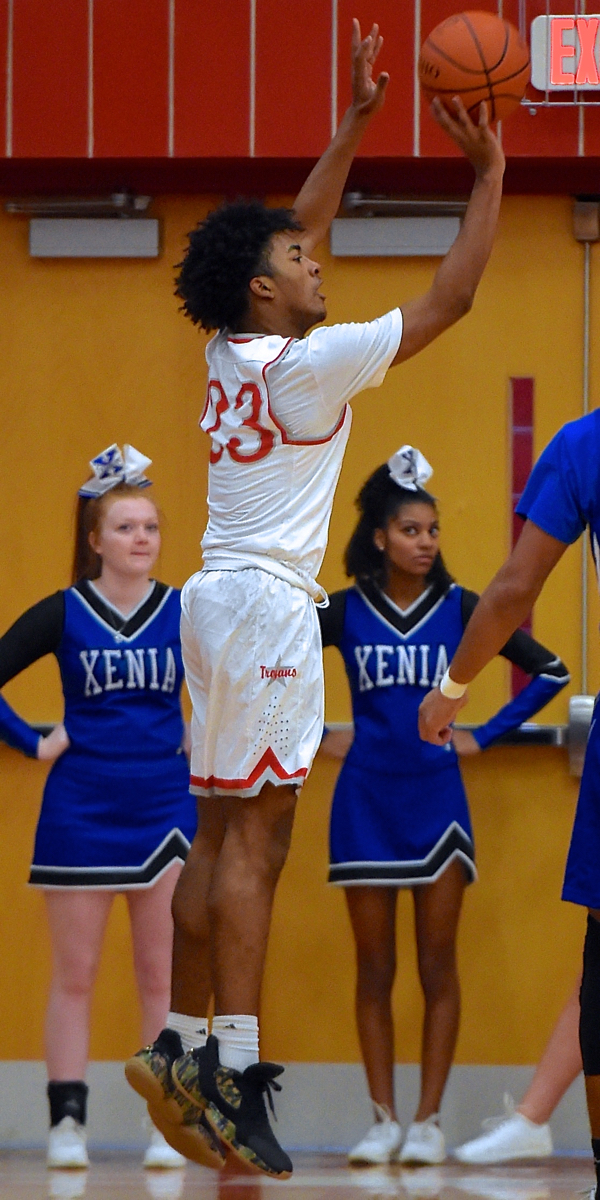