Trotwood wins its third title in nine years, 14-7, in an overtime thriller over Mansfield Senior.

The Rams won for the second time in three years, and their third title overall, by overcoming a 7-0 Mansfield lead late in the fourth quarter on a Ke’Shawn Huguely touchdown run of 13 yards at 8:13 to tie the game at 7-7.

Then, after Mansfield Senior was unable to move the football on their ensuing possession, Trotwood got the ball back at its own 40 yard line and drove the football 58 yards to the Mansfield 2 yard line as the game clock ran down to 3 seconds.  The Rams called a timeout to set up a field goal attempt for kicker Carter Mims, ostensibly to win the game in regulation.

But on the kick attempt Mansfield stormed through the line, blocked the kick, and sent the game into overtime for the third time in Division III finals history.  Ironically, the game might never have gotten to this point because Trotwood had two earlier apparent touchdowns negated by holding penalties.

Nonetheless, the Rams got the first possession in the overtime period and on third and ten Trotwood quarterback Keon’Tae Huguely hit teammate Sammy Anderson in the back corner of the end zone for a touchdown and a 14-7 lead after the point after conversion my Mims. 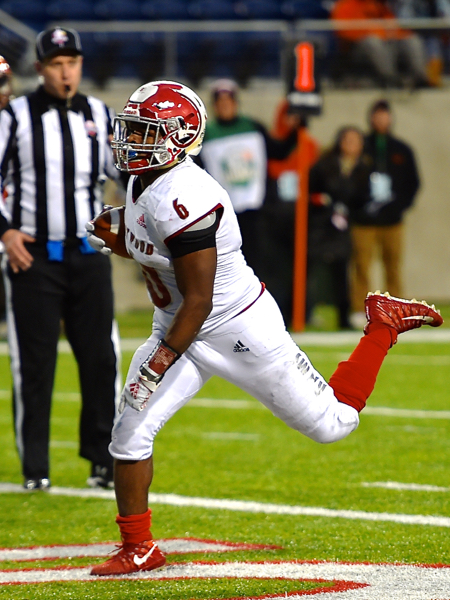 Trotwood’s Ke’Shawn Huguely scores the tying touchdown for the Rams to send the game into overtime.

Mansfield got the ball for their first possession in the overtime period, but it couldn’t have gone worse.

On first down the center snapped the ball over the quarterback’s head.

On second down he snapped it over his head again, setting up a third and 37 for a first down.

On third down quarterback Cameron Todd’s pass attempt could have been caught, but wasn’t, setting up fourth and 37.

On fourth down Todd hoisted the ball into the end zone, but it was intercepted by Trotwood to stop the drive…and end the game.

Trotwood finished the game with 268 total yards as compared to 190 for Mansfield, and Keon’Tae Huguely led the Rams in both rushing and passing with 70 yards on the ground and 71 through the air.

Mansfield was led by running back Terrance Flickinger, with 130 yards rushing, but the lack of a passing attack was detrimental to the Tygers’ effort.  Cameron Todd completed just 3 of 8 attempts for a total of 12 yards!

Their win marks the third title for Trotwood (in 2011, ’17, and ’19), and represents back-to-back titles for the Rams who won the state basketball title last March.  Trotwood finished its season with a title and a record of 12-3.

Mansfield Senior has never won a title in football and was making only its first appearance at the state final level.  Mansfield ends its season with a mark of 13-2.

The first three games of the state tournament have all been on by Southwest District teams, and another, Elder, will meet Pickerington Central in Friday night’s Division I final. 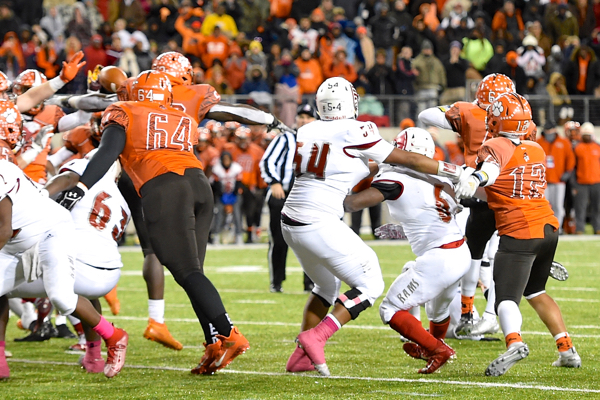 ‘The Spot’ Restaurant, in Sidney, is proud to be the official sponsor the 2019 state football finals on Press Pros Magazine.com. 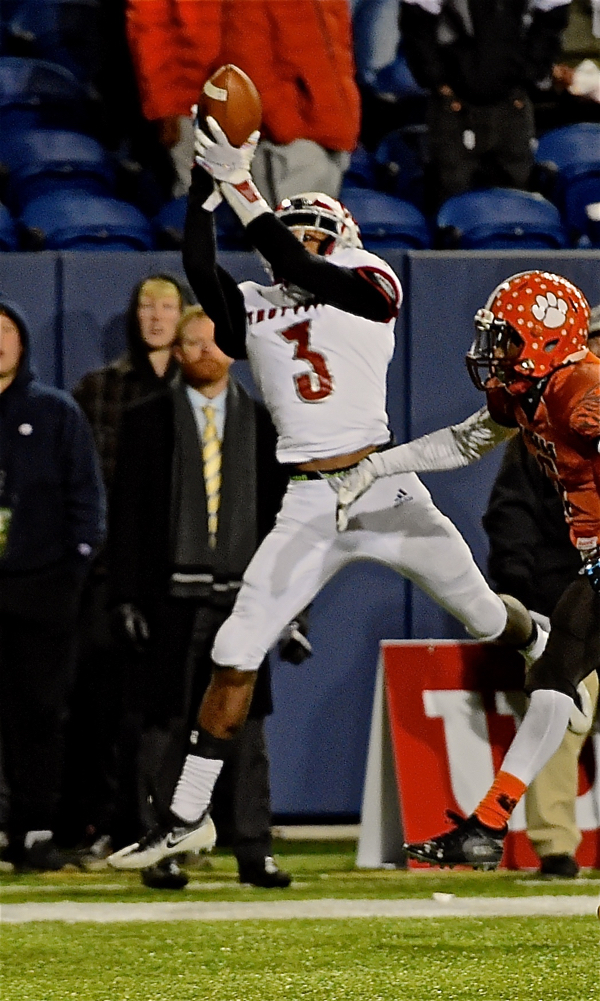